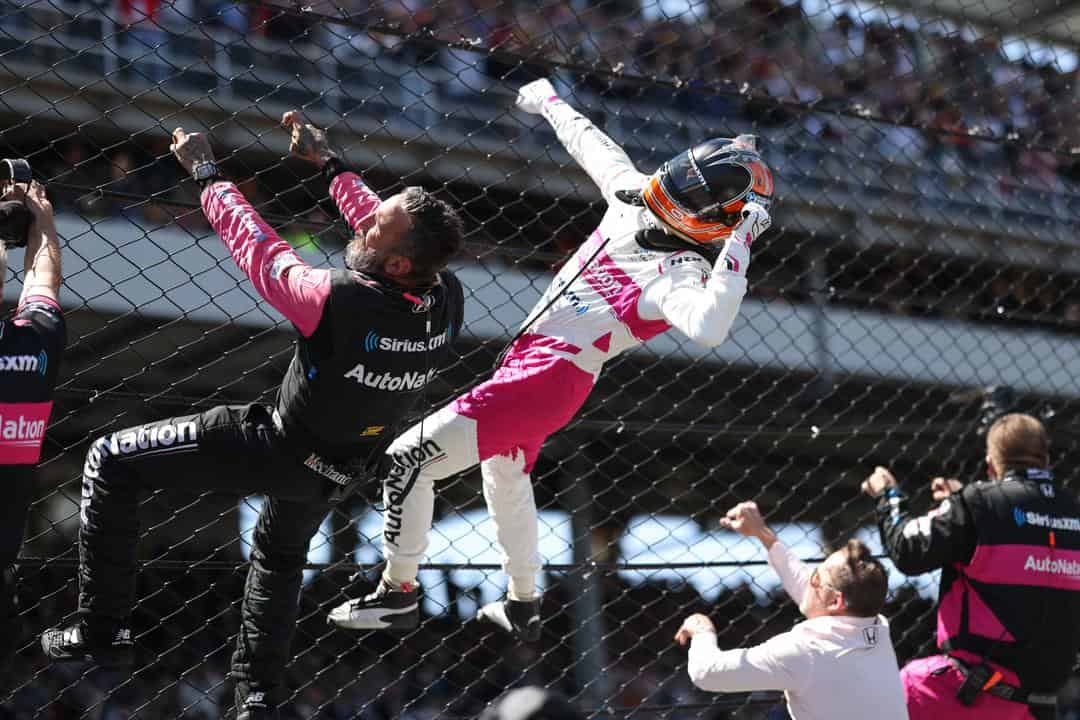 With four-time Indianapolis 500 veteran Stefan Wilson announcing a joint deal with Cusick Racing and Dreyer and Reinbold Racing for the 2023 race, the list of one-off entries for 2023 has grown to three, including 2013 champion Tony Kanaan and former polesitter Marco Andretti.

One-offs – a driver competing in the Indy 500 with no other plans to race anywhere else in the NTT IndyCar Series – are as old as the race itself. But which names are in the discussion as the greatest one-off drivers in history?

Harroun was one of the first “stars” at IMS, winning several events in the first years of the track, but was just as interested in engineering and building cars as he was in racing them. Harroun’s addition of a rear-view mirror to his legendary Marmon Wasp gave him the advantage of not needing a riding mechanic to warn him of oncoming cars, and he used that advantage to put himself in the record books forever.

One of the greatest drivers to ever live, Clark drove in three IndyCar races in 1963 (Indianapolis, Milwaukee, Trenton) and two in 1964 (Indy and Trenton) but was a true one-off driver a year later when he dominated the field in winning the 1965 race.

Starting second, Clark led 190 laps – with defending race winner A.J. Foyt pacing the other 10 – including the last 125 to win the 500 in the same year he won his second Formula 1 World Championship. Clark was no doubt the best driver and the best car, but also helped bring change to American open-wheel racing by employing NASCAR’s Wood Brothers to help with pit stops. Their lightning-fast work in the pits led to an evolution of pit strategies over the next few years.

In 1985, Unser had won the then-PPG IndyCar Championship, but two years later he was pushing 47 and without an Indy 500 ride.

That changed when Team Penske driver Danny Ongais crashed in practice and was sidelined for the rest of the month with a concussion, and Roger Penske gave the three time-winner a call. Driving a car that had started the month as a show piece in a Reading, Penn. hotel, Unser drove an extremely patient race, and when Mario Andretti’s dominant month ended with an engine failure and Roberto Guerrero lost more than a minute in the pits with a clutch issue, Unser jumped to the lead and became only the second driver to win the race four times.

It appeared the Brazilian legend’s career was all but over after 2017 when he finished his long run with Team Penske, but Castroneves continued to come to the Brickyard the next three years in search his fourth win.

In 2021 he found himself with a small team with big dreams in Meyer Shank Racing, and together they made magic. Castroneves, who had finished second in 2017 but then came home 18th, 11th and 21st in his next three races, outran Alex Palou to the finish and climbed the fence for the fourth time. The race was a rebirth for Helio in IndyCar, as he eventually ran five races later that year before running a full-time schedule in 2022. He will also be part of MSRs full-time effort in 2023, with 2019 Indy 500 winner Simon Pagenaud again as his teammate.

Wheldon, who won both the Indy 500 and the IndyCar championship in 2005, went into the start of the 2011 season without a ride after two years with Panther Racing. He was finally able to find an Indy 500 ride with former teammate and friend Bryan Herta, in a combined effort with Bryan Herta Autosport with support from Curb Agajanian and Sam Schmidt Motorsports.

Runner up in the previous two 500s, Wheldon found himself in that same spot, several seconds behind leader J.R. Hildebrand as the white flag flew. Just over  30 seconds later, Hildebrand ran high in turn 4 and went into the wall. And as his heavily-damaged car scraped along the wall down the main straightaway, Wheldon screamed by, figuratively and literally on the radio, to win his second Indy 500. While Wheldon would lose his life in a crash at Las Vegas Motor Speedway just over four months later, his 2011 win is one for the ages and one of the most popular and memorable wins in the history of the Speedway.

Not brought up much, but Dan Wheldon said that after his last pit stop he drove flat out every lap. That and with J.R. H. crash is how Dan won. He needed every second to squeak by at the end. If this was NASCAR J.R.H. would of won because the field would of been frozen at the time of the caution with no passing.