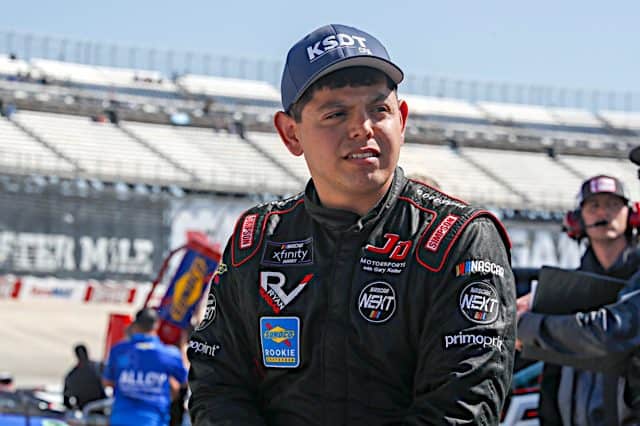 Vargas has competed part time for the team each year since 2019.

He ran in 25 races for JDM this year, earning his second career top 10 at Daytona International Speedway in August. He also drove for Mike Harmon Racing in one event.

“This decision was not an easy one to make, but as the year progressed, it became clear to me that I was ready to take a leap of faith and turn the page on this chapter of my racing career and life,” Vargas said in a statement.

“For 2023 and beyond, I look to position myself in a new environment where I can be utilized as an asset both behind the wheel and within the business operations of a team,” he added. “While my plans are still in the air, you will still see me behind the wheel of a race car and I am confident I will be able to land on my feet and make the most of the next opportunity.”

Vargas did not state which team he would run for next year.

JDM did not announce who would replace Vargas in the No. 6. It also fields the No. 4, driven by Bayley Currey, and said earlier this year it hopes to field three cars in 2023.

Not surprising. When the car had funding, he was fast. Otherwise, he was mostly back in 30th.