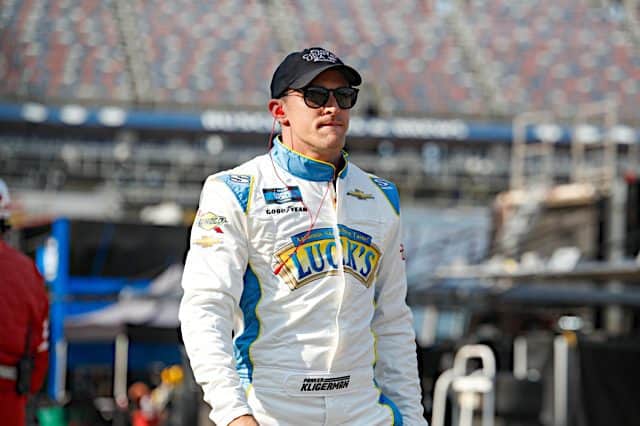 It’s Kligerman’s first full-time season in NASCAR since 2013, when he earned three top fives and 13 top 10s for Kyle Busch Motorsports in Xfinity.

Big Machine has had a variety of drivers piloting its No. 48 car this season after Jade Buford ran all but one race for the team in 2021. Kligerman drove the car at Talladega Superspeedway in October, earning a sixth-place finish.

“Parker Kligerman is coming to Big Machine Racing at the perfect time,” team owner Scott Borchetta said in a press release. “As our team continues to grow and put up real results, Parker has the experience and talent to take us next level.  He has also become a staple in the NASCAR world with fans and industry alike and he will be a great ambassador for Big Machine Vodka SPIKED Coolers and our other brands.”

“From getting the call in Mid-Ohio to our first run together at Talladega, Big Machine Racing has felt like somewhere I want to be,” Kligerman said Saturday. “I’m thrilled to be joining the championship-caliber team Scott Borchetta has put together and I can’t wait to continue the building process with the folks at Big Machine Vodka SPIKED Coolers. Let’s have some fun and get a lot of checkered flags!”

Kligerman’s also driven part time in the NASCAR Camping World Truck Series for Henderson Motorsports since 2017, earning his third career victory at Mid-Ohio Sports Car Course in July. He has 23 top fives and 52 top 10s in 110 starts in the Truck Series. Kligerman said that he intends to keep running part time for Henderson next year.

. @pkligerman says he intends to keep doing the part-time schedule with @HendersonRace in Trucks pic.twitter.com/OMWIv7IoGS

Big Machine scored its first victory with Tyler Reddick behind the wheel at Texas Motor Speedway in May. Overall, the team has one win, four top fives and eight top-10 finishes in the last two seasons.

Good to see a talented driver get a chance because he’s talented, not because he brings a sh*t load of money to buy the ride.

Great to see this for Parker. Hes a likable guy and a good commentator/pit reporter too.