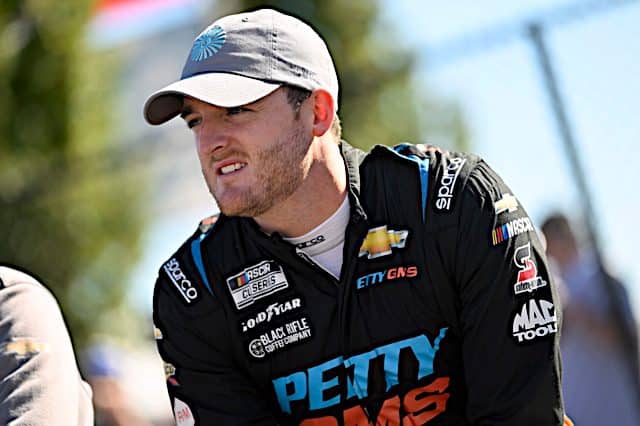 Spire Motorsports has slated driver Ty Dillon to pilot the team’s No. 77 entry for the 2023 NASCAR Cup Series season, the organization announced on Oct. 18.

Dillon will join current full-time Spire driver Corey LaJoie, who the team has also announced will return to drive in the Cup Series next year in addition to its two crew chiefs Ryan Sparks and Kevin Bellicourt.

Dillon, who currently drives the No. 42 for Petty GMS Motorsports, is wrapping his fifth career full-time Cup Series year in 2022 where he has earned one top 10 at the Bristol Motor Speedway dirt race. He is ranked 29th in the series’ standings.

“I’m thankful for this opportunity, a new beginning with a very hungry team that is excited for the future,” Dillon said in a press release. “Spire Motorsports has been growing year after year. The organization is heading in the right direction and I’m excited to be a part of bringing the No. 77 up to where Corey has been running. Hopefully, we raise the whole level of competition together.”

See also
5 Points to Ponder: Is There an Anger Management Problem in NASCAR?

Next year will also mark LaJoie’s third full-time season with Spire after earning one top five and top 10 at Atlanta Motor Speedway in March 2022 and currently sits 31st in season standings.

“With another year under our belts and a notebook on the new car, I know we can have a solid season and get that first win,” LaJoie said. “It’s cool my buddy Ty is joining us as well. It will be nice to have a full-time teammate in the No. 77 to work with.”

Wish them both luck.

I wonder what Childress paid for this gift?