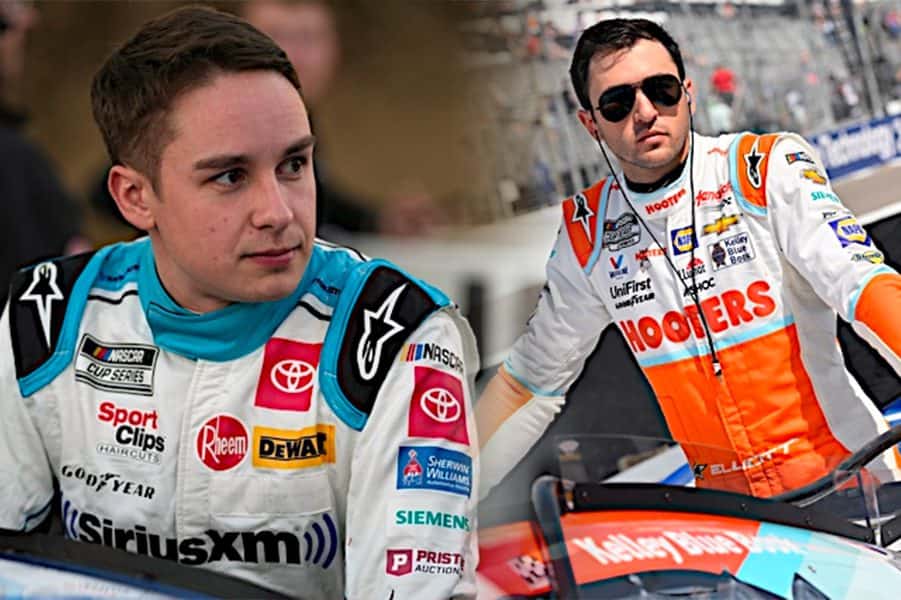 Chase Elliott‘s attitude toward Las Vegas was defeatist from the beginning. Is it possible that the racer is burying himself and in [Homestead-Miami Speedway] we should expect the continuation of bad races? – @sanchellito, Twitter

The difference between this year’s regular season Elliott and playoff Elliott could not be more jarring.

He walked away with the regular season title, not just because a series-high four wins, but also because of ultra consistency. Elliott amassed 10 top fives and 17 top 10s in the regular season, and at one point, he had a streak of five consecutive top-two finishes.

But once the playoffs started, consistency went out the window. Elliott has two top 10s in the seven playoff races so far.

Granted, those two top 10s were a second at Bristol Motor Speedway and a win at Talladega Superspeedway. He also would’ve backed that Talladega win up with a win the following week at the Charlotte Motor Speedway ROVAL had a caution for a sponsor board not erased his lead. He spun on the ensuing restart after a bad block on Tyler Reddick and was relegated to 20th.

Elliott had at least been competitive in majority of the playoff races even if the results didn’t show it. And the playoff points he had earned had given him enough of a cushion to safely advance.

That was the case until this past week at Las Vegas Motor Speedway, where Elliott qualified 20th, didn’t get any stage points and finished 21st. The large points cushion he entered with shrunk to a measly 17-point lead over Hendrick Motorsports teammate William Byron, who holds the first spot below the cut line. Denny Hamlin is fourth in points between the two, 11 points behind Elliott.

It’s entirely possible both Hamlin and Byron overtake Elliott based on current momentum. I mentioned Elliott hasn’t been as consistent since the playoffs started. Well, Byron’s worst finish is 16th and Hamlin only has one finish outside the top 10 since the playoffs started. Not to mention, who is the most recent winner at both Homestead-Miami Speedway and Martinsville Speedway? Byron.

So it’s understandable if Elliott did sound like a defeatist this past weekend, given the recent results and the slow speed of the No. 9 at Vegas. But then again, doesn’t Elliott kind of always sound down on himself when he doesn’t win? And it usually has no bearing on the future, as he can go pop off a win the following week.

So don’t worry, Elliott fans, it’s not time to sound the panic si-reen just yet. Homestead is unlike other 1.5-mile tracks, and Elliott has been good there in the past, finishing top 15 in all six of his starts. And as for Martinsville, Elliott was just as fast as Byron back in the spring (maybe even faster) but lost the lead on pit road.

I don’t expect Elliott’s collapse to continue. He’s at least not below the cut line, and he’s been too good this year to struggle for nine straight weeks.

After being caught up in the Bubba Wallace–Kyle Larson mess, is Christopher Bell once again in a must-win situation to move on? – Katherine, Boise, Idaho

The 2022 playoffs for Bell continue to be like a yo-yo, up and down. One week, he looks like the championship favorite. The next, he’s in a major points hole.

Speed-wise, Bell probably is the guy to beat, but bad luck has kept him from running away with it. He opened the playoffs with three straight top fives to easily advance to the Round of 12. But due to not accumulating a ton of playoff points in the regular season, Bell was again behind when the points reset. A DNF at Texas Motor Speedway and a 17th at Talladega left Bell in a must-win at the Charlotte ROVAL, and he delivered in clutch fashion.

Now after being the innocent bystander in the Wallace-Larson crashfest at Las Vegas, Bell finds himself last in points among the Round of 8 competitors. But he’s only 23 points below the cut line.

See also
Dropping the Hammer: NASCAR Suspends No One, Except Bubba Wallace

That might sound like a lot, but with two races left in the round, it isn’t must-win just yet. Bell could go out and win the first two stages at Homestead, and if the guys he’s points racing don’t score stage points, then he’s right back in the thick of it.

Given the speed of the No. 20 car and the speed of Toyotas on 1.5-mile tracks (even though they’re apparently aer0-deficient compared to the other manufacturers), that’s not a far-fetched idea at all. Prior to the Texas and Las Vegas DNFs, Bell had three straight top fives at 1.5-mile tracks (not including Atlanta Motor Speedway for obvious reasons).

Despite the points deficit, Bell still feels very much like a championship favorite. If he were to climb out of the points hole, make the Championship 4 and win the championship without winning races, he would be the first champion since Terry Labonte in 1984 to have less than five career NASCAR Cup Series wins. Labonte only had four career wins at the time of his first title. Bell currently has three career wins.