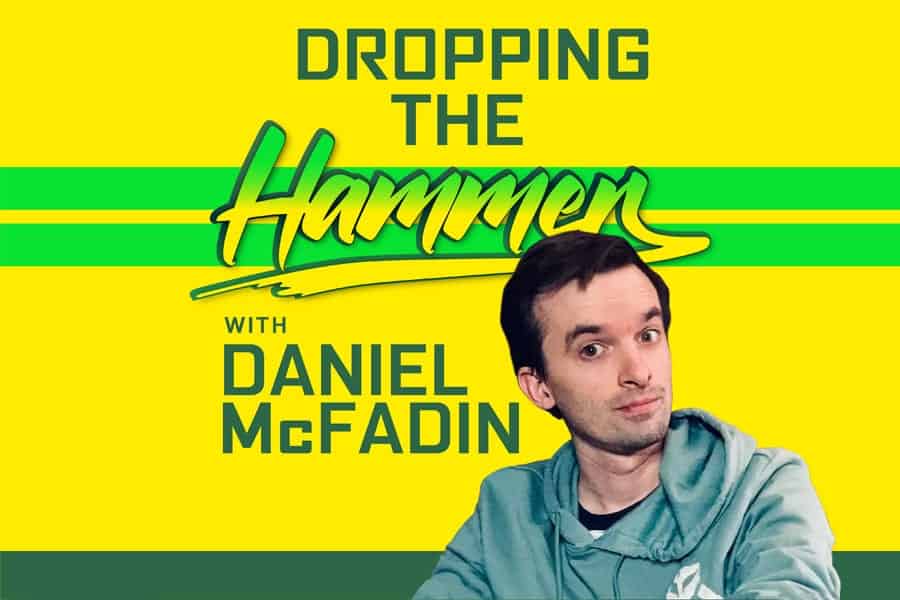 This was sort of a big deal for me.

Despite having covered NASCAR since 2015 for multiple national outlets, it was my first time interviewing the 2012 NASCAR Cup Series champion in a one-on-one capacity.

I had arranged the interview with the primary goal of writing a story for the February 2022 issue of Speed Sport Magazine focused on Keselowski’s transition into a driver/co-owner role at RFK Racing.

After a decade of success with Team Penske, a partnership that felt like it could’ve lasted the rest of Keselowski’s career, the Michigan native had shifted gears in a big way.

As he drove home from RFK Racing headquarters, Keselowski gave me a lot to chew on, including the news that teams wouldn’t have enough Next Gen cars to start the next season.

But 10 months later, there’s still one thing that’s stuck with me.

It was what Keselowski had to say about moving into a new, challenging chapter in his life and the need to “reinvent” oneself. Keselowski said that “reinventing yourself is just part of the natural human process” and that “as a society, we expect growth out of people.”

When people “stop growing,” Keselowski viewed it as a “great tragedy in my mind, because we expect [growth] out of ourselves as well. And I think [RFK Racing] is just that, it’s an opportunity to grow that didn’t exist anywhere else.”

There’s no denying that Keselowski is one of the more opinionated, thoughtful NASCAR drivers you’ll find.

Anytime over the last eight years I’ve gotten the chance, I’ve asked Keselowski if he’s read any good books lately. Like fellow Michigander Erik Jones, he usually has an answer.

There are the downsides to Keselowski, such as his frustrating skepticism of concussion science and that he doesn’t “particularly believe in higher education, I think it’s a crutch for ethnography,” despite him being an employer and driver who benefits from engineers who all were required to have college experience to be considered for their jobs.

Someone you find interesting, but fundamentally disagree with on multiple issues, can still have an impact on you.

Why did Keselowski’s words about “reinvention” strike a chord with me?

When I talked with him, it was just over 13 months since I had been laid off by NBC Sports after nearly six years covering NASCAR for it. Since 2010, I’d had a singular goal of being a motorsports journalist, ever since I’d learned that Indiana University had a sports journalism master’s degree program that would have given me the chance to cover the Indianapolis 500.

Long story short, it worked out. Eleven years later, I was in a position to interview Keselowski.

I was one of the few sports journalists in the country with a sport — both digital and in-person —  to cover from March to July 2020. Having a stable job in the middle of an international crisis can be rejuvenating and your last line to sanity.

Along with that kick in the pants came guilt. Whether it was warranted or not is debatable, but I still felt it.

In the midst of a virus that was killing thousands of people a day, as America faced a reckoning with the systemic racism that’s plagued it since its inception, as people and fellow journalists lost their jobs, there I was sitting on my couch in Charlotte, for the most part writing about a distraction from all of it.

It had been a feeling that had been growing in my mind since 2016: I wasn’t a big fan of providing a distraction to all our problems.

The weekend of the 2020 Southern 500, as my family helped me move back to Northwest Arkansas a month before I was officially laid off by NBC Sports, I was of two conflicting minds and dueling goals.

I was either going to do everything I could to secure a future covering NASCAR. Or I was going to reinvent myself.

A week after my Keselowski interview, on Dec. 20, 2021, a bombshell was dropped on the NASCAR community.

Mars, Inc., the maker of M&M’s, Skittles and other candy brands, would leave the sport after the 2022 season. It would mark the end of its roughly 25-year presence as a NASCAR sponsor.

It would also end its 14-year relationship with Joe Gibbs Racing and Kyle Busch.

Kyle Busch and I have almost nothing in common.

He’s rich beyond my realistic imagination, has two Cup championships, a wife, two kids and owns a racing team that employs roughly 50 people.

As of July 2022, I had been without full-time employment for 21 months, lived with my parents, owned two cats and was blocked by Busch on Twitter.

My stakes over the last year were not his stakes.

But they were still our stakes.

This was crystallized for me in a media bullpen session at Indianapolis Motor Speedway on July 30. It was Busch’s first truly open session about what he was going through as his time with JGR was threatening to come to an end. The fact that Busch was openly discussing having conversations with other teams was extraordinary.

In the middle of roughly 10-minute session, I asked one simple question.

“How stressful has this whole process been for you?”

“There’s a lot of sleepless nights.”

Busch emphasized this a month later at Watkins Glen International.

“Let’s be frank about it, I’m an athlete,” he said. “I make a lot of money, people aren’t going to feel or shouldn’t feel sorry for me.  I’ve made a good living. […] But it’s been hard as hell. It’s been a lot of sleepless nights figuring out what your future is, and all that sort of stuff. And, you know, everybody’s like, ‘Oh, well, you’ve made plenty of money. You’re fine. You don’t have anything to worry about.’ And I’m like, ‘Yeah, that’s true.’ But you still want to do what you love to do, right?”

But that day in July was first time in my life of following and covering NASCAR that I’ve ever personally related to Busch.

Just one day earlier, I had sat in a bar at the Northwest Arkansas National Airport waiting on my first flight to Indianapolis.

About a half hour before boarding, I had to make an awkward phone call. For the previous week, I’d put off accepting or rejecting my first legitimate job offer — including a physical contract to sign — over the last year-and-a-half.

There had been other opportunities. Jobs that had shown a clear interest in me and that had my interest, those that wanted me that I didn’t want and the jobs I desperately wanted for which I was deemed unfit.

And there were the jobs covering NASCAR I’d sought out, that resulted in me being ghosted, lied to or not even deemed worthy of an interview.

It had been a confusing, emotionally draining process.

Again, while not remotely on similar playing fields, Busch had experienced his own version of this as his work of finding a future for himself had evolved on a daily basis.

"Yesterday, thought we had something going on that looked really good, then got a call on the way home and it changed.

For me, the week leading up to Indianapolis had been the worst yet for me in my job search since October 2020. I had an offer and a contract for a job I really wanted in a location that was very appealing.

It was just too expensive to live there after rent prices had more than doubled in the previous few months.

I was tired of turning down potential off-ramps to my future. At the age of 31, each one felt like a nail in a professional coffin.

As I made the call in the airport bar, it felt like the biggest one.

Best of Both Worlds

For the roughly two years after moving back to Arkansas, I spent most of it trying my hardest to leave. When you’ve basically only written about NASCAR for eight years, the Natural State doesn’t seem like a target rich environment.

I had been able to keep active with my freelance work for Frontstretch and Speed Sport while seeking out a full-time job.

During this time I produced some of the best work of my career and even won awards for some of it.

It also helped me land my next job.

On Oct. 25, two years and change after my time at NBC Sports ended, I’ll start my role as a general assignment reporter for the Arkansas Democrat-Gazette in Little Rock.

Fortunately, this doesn’t mean my time writing words about NASCAR is over. The ADG has graciously allowed me the opportunity to keep writing columns for Frontstretch and freelance stories for Speed Sport.

But for the first time since 2015, my sole professional focus and energy won’t be on NASCAR.

It’s what I’ve wanted for a long time.

However, that’s still two weeks away,

This weekend, I’ll be covering the NASCAR races at Las Vegas Motor Speedway, a track I’ve never been to in a state I’ve never sat foot in.

I’m ready for a new, yet familiar, adventure. I don’t know the next time I’ll get to cover a NASCAR race in person.

But after Sunday, like Keselowski and Busch, I get to reinvent myself.

2022 is Daniel McFadin’s ninth year covering NASCAR, with six years spent at NBC Sports. This is his second year writing columns for Frontstretch. His columns won third place in the National Motorsports Press Association awards for 2021. His work can also be found at SpeedSport.com. You can hear more from him on his podcast, Dropping the Hammer.