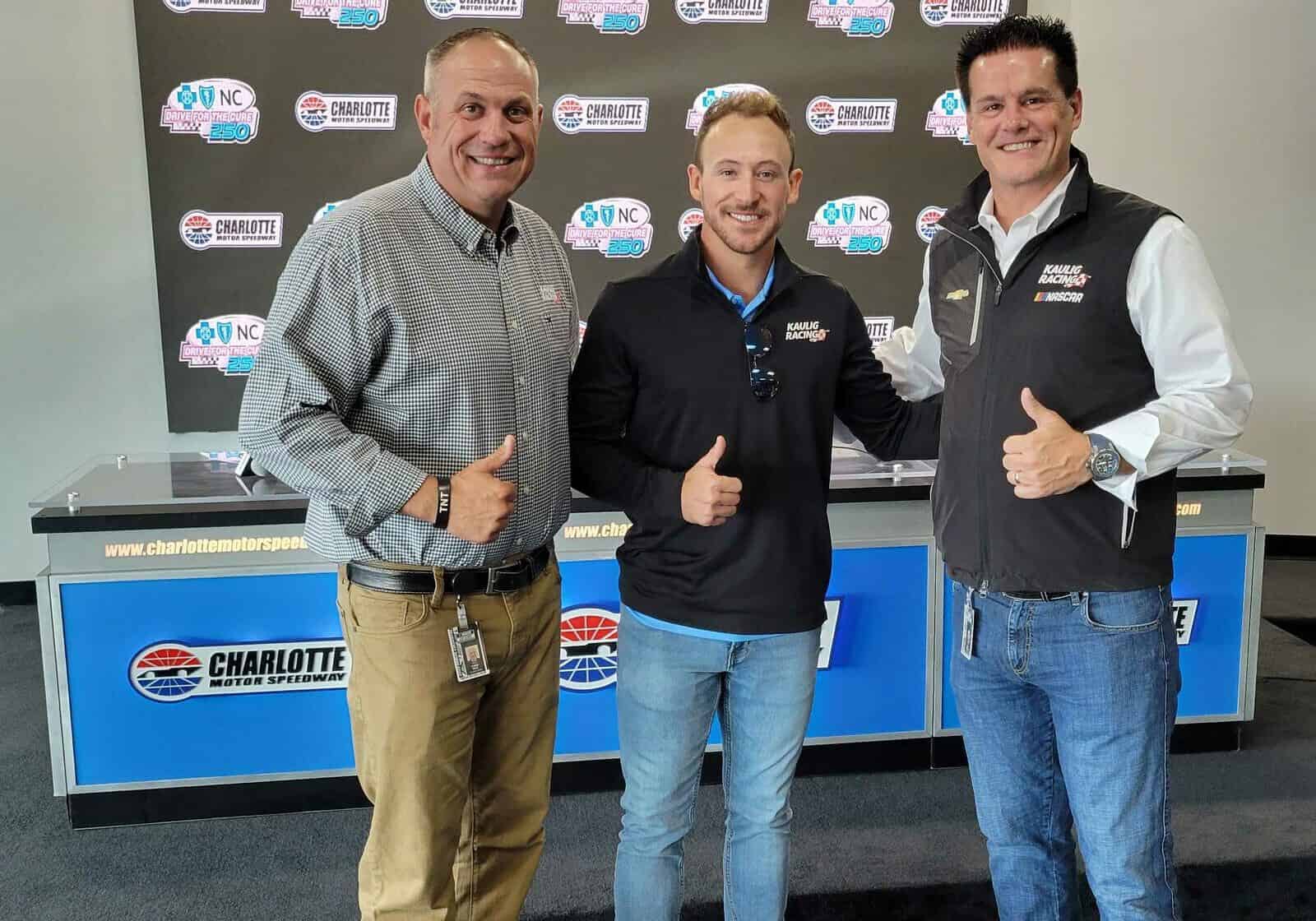 Kaulig Racing announced that Daniel Hemric would be returning to the NASCAR Xfinity Series and the No. 11 Chevy in a press conference Sunday morning (Oct. 9) at Charlotte Motor Speedway

Hemric’s teammate, AJ Allmendinger, is going back to the NASCAR Cup series full-time next season. Now with an open seat, Kaulig has added some much needed stability in the re-signing of Hemric.

“Kaulig Racing has welcomed me with open arms and I’m excited about the future we’re building together,” Hemric said in a press release. “I believe in Matt Kaulig and Chris Rice’s vision for this team, and know we’ve got some unfinished business to take care of next year. 2023 starts today.”

Kaulig Racing president Chris Rice knows full well that 2022 was not the year the Hemric camp had hoped for, but he still believes there is a way forward, and this is a step in that direction.

“We think Daniel has had a year that has probably been trying … it’s not where everyone wants to be, but we don’t take that lightly. We know as a race team, we’ve got to be better,” said Rice.

Hemric is a mid pack racer, has been his whole career. He only won his Xfinity championship by punting Cindric out of the way.