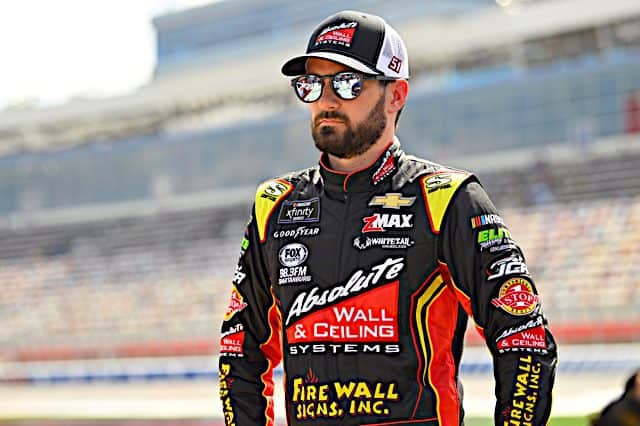 Jeremy Clements is still not part of the NASCAR Xfinity Series postseason despite his win at Daytona International Speedway after he and his race team were assessed a L2 penalty by NASCAR Aug. 30.

During an inspection done on his No. 51 Chevrolet, officials found his intake manifold didn’t properly conform to NASCAR templates, according to a NASCAR release.

The infraction resulted in officials handing the team a L2 penalty, which has made his win at Daytona ineligible for the 2022 Xfinity playoffs. However, the win will still stand in the record books.

In addition, the team has been docked 75 owner and driver points in the series standings along with 10 playoff points should the team still win its way into the playoffs. There are three races left before the Xfinity postseason begins.

Crew chief Mark Setzer has also been fined $60,000 for the penalty.

The triumph was Clements’ second career Xfinity race victory. He has earned two top fives and five top 10s so far in 2022 in addition to his win.

JD in NC
Reply to  Jer

Exactly what I came here to post! When I read the article, the first thing that came to mind was Carl Long getting fined $200k (IIRC) for basically using an engine that was so worn out it didn’t meet all of the tolerances.