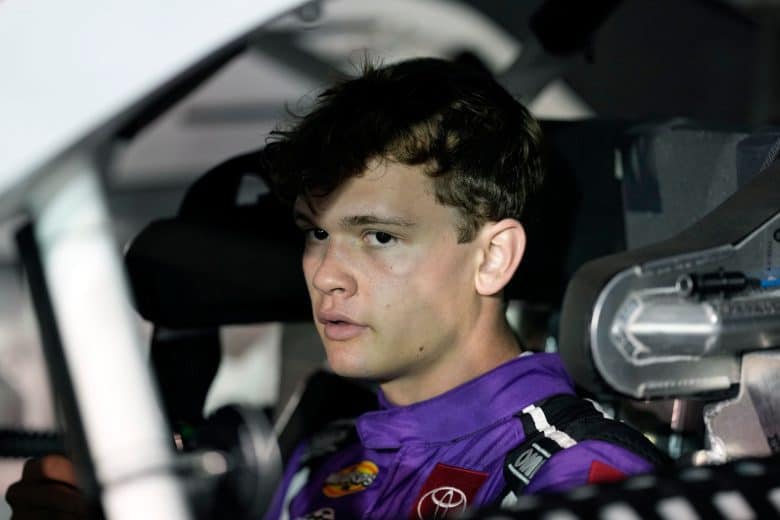 Due to overnight rain, ARCA Menards Series qualifying at the Illinois State Fairgrounds has been canceled. As a result, the field was set via owners’ points as per the rule book. Jesse Love became the beneficiary, as he will start first in the Atlas 100 on Sunday (Aug. 21).

Love will lead the 21 drivers to the green flag at the 1-mile dirt track also known as the Springfield Mile. No drivers failed to qualify for this event.

It’s Love’s second time starting first in an ARCA event this year, also winning the pole at Iowa Speedway, but he is still searching for his first ARCA victory of 2022.

Sammy Smith, Daniel Dye and Rajah Caruth round out the starting top five in third through fifth place, respectively.

Of the starting top five drivers, only Love has previously competed in an ARCA dirt track event.

The Atlas 100 is slated to begin at 2 p.m. ET with TV coverage provided by MAVTV Motorsports Network and available on FloRacing.