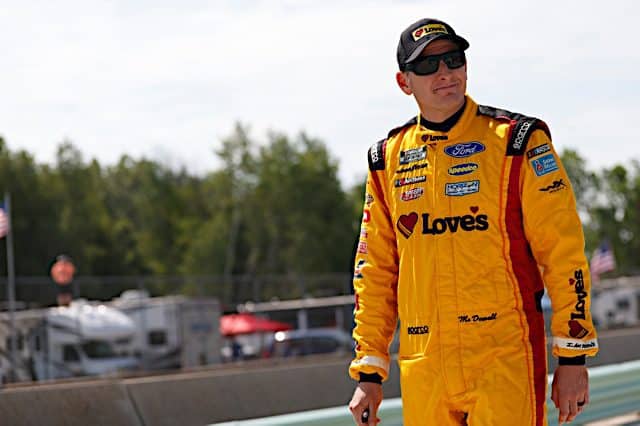 HAMPTON, Ga. – Three finishes in the top five and six within the top ten.

Numbers like that would seem to indicate a successful season for many drivers as the NASCAR Cup Series makes its way through July, but there’s one problem for multiple drivers, including Austin Dillon and Michael McDowell.

In a season that has seen 13 different winners in NASCAR’s top division, even stringing together a handful of strong points finishes between now and the end of the regular season at Daytona may not be enough to get into the playoffs.

For that reason, drivers like Dillon and McDowell are in a precarious position going into Sunday’s Quaker State 400 at Atlanta Motor Speedway. A solid points season is one accomplishment, but due to so many race winners this season, odds are a race win may very well be needed for a postseason spot.

“I’ve got to get a win because there’s so many different winners and that’s what really matters,” Dillon said. “Somebody could ask me at the end of the year, ‘how was your season?’ and I could be tenth in points but not make the playoffs. I guess it’s a bad season because you didn’t make the playoffs.

“I’ve had a consistent year, I’ve had opportunities and been there where it matters. I think it’s been a strong competitive year for us, but we obviously don’t have that one thing that matters right now.”

For drivers at, near, or below the cutline, like the aforementioned and the likes of Kevin Harvick, Ricky Stenhouse Jr., Ryan Blaney and Bubba Wallace, the second race on the reprofiled Atlanta Motor Speedway is simple. Win and you are more or less assured of being in the Playoffs.

If the playoffs were set today, Harvick, Almirola, Erik Jones and Dillon would be the top four drivers in points to miss the playoffs.

Count McDowell below that line as well. McDowell, like Dillon, has a restrictor-plate win at Daytona to his name, and his agenda going into Sunday is summed up in one word: “opportunity.”

“All in all, this is an opportunity race, and we want to maximize every opportunity that we have,” McDowell said. “If you’re running 15th and don’t have a shot at winning, you need to make sure you get a top 15 or top 10. If you’re running third or fourth, you have to try and throw caution to the wind and get in position to win.”

Dillon echoed that sentiment on Saturday.

“For guys like myself that need a win to get in the playoffs, this is a huge opportunity for us,” he said.

But a plate race isn’t a make-or-break race for McDowell. In the last seven races, Front Row Motorsports has shown good speed on a mixture of tracks with top tens at Darlington, Charlotte, Road America and Sonoma. And when you factor in the fact that two of the races left in the regular season are on road courses — Indianapolis Motor Speedway’s layout and Watkins Glen International — the ground is fertile for McDowell to be in the thick of the fight for a postseason spot.

“I think that every part of the year, that you’re thinking about a win, because it gets you into the playoffs,” McDowell said. “As you inch closer and closer to that cutoff, it becomes more important.”

Dillon says he’s got to win to get in. Interpretation, I will bump anyone to get the win at the end.