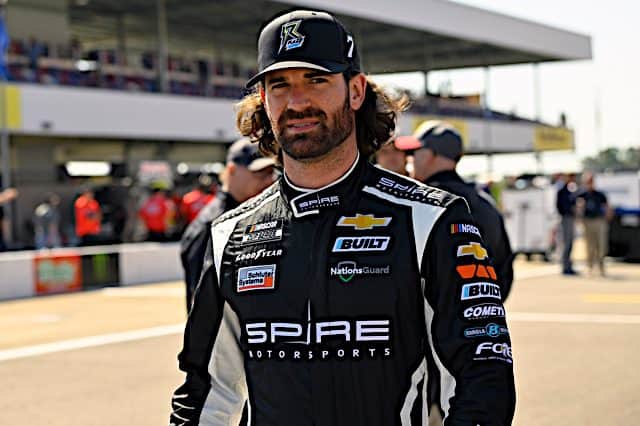 Did You Notice? … The list of potential NASCAR Cup Series first-time winners is dwindling? The sport has tied a record with five so far in the Cup Series this season: Chase Briscoe, Ross Chastain, Austin Cindric, Daniel Suarez and now Tyler Reddick after his victory at Road America.

It’s an impressive list, creating the type of parity we’ve never seen in the sport’s playoff era. Every driver currently inside the top 25 in Cup points now has one career Cup victory to their credit. You have to go all the way back to 2003, the pre-Chase era, to find the last time that happened (Dave Blaney, who finished 28th in the standings, was the highest-placing driver without a career win).

NASCAR’s Next Gen era has created so many Cinderella stories there aren’t all that many left to produce. Indeed, just five current full-time Cup drivers remain 0-for-their-career, and two of them are rookies: Harrison Burton and Todd Gilliland. Cody Ware drives for his perennially underfunded, family-owned operation; this trio is still searching for their first top 10 in 110 combined Cup starts.

That leaves Ty Dillon and Corey LaJoie as the only realistic possibilities left. Both have their eyes set on this weekend’s event at Atlanta Motor Speedway, one of two pack races left in the regular season (Daytona International Speedway hosts the finale).

But if it doesn’t happen there? Neither Dillon nor LaJoie has finished better than 10th on any other track type. You can’t expect them to suddenly rise up and steal one at a road course or an intermediate track.

It means we may experience a seesaw of sorts, going from a flurry of first-time winners to a potential drought depending on how Silly Season shakes out. The next first-time Cup winner is likely someone who isn’t even entered in this weekend’s 36-driver Atlanta field.

Daniel Hemric and Noah Gragson are hoping for a full-time shot in Kaulig Racing’s No. 16; both have the skill set and experience to win. Ryan Preece could take over playoff-caliber equipment if he replaces Aric Almirola in the No. 10 next year. And Ty Gibbs, whenever his promotion from the NASCAR Xfinity Series happens, could be sitting in victory lane within 10 Cup starts.

Until then? Just sit back and enjoy an unprecedented number of drivers who could rise up and reach victory lane each week.

On the surface, this move looks like Toyota trying to position Wallace with the best possible chance to make the playoffs. The No. 23 Toyota has had speed over the past 6-8 weeks only to become the victim of continual bad luck. It isn’t all on the crew — Wallace has four DNFs during this stretch — but many of those were caused by pit road mistakes that left a potential front-running car stuck in traffic.

It’s also left the driver increasingly despondent behind the wheel, peaking at Nashville Superspeedway where tire issues left Wallace unwilling to speak with crew chief Bootie Barker on the radio. It’s clear something needed to be done to bring confidence back to a team that’s win-or-bust to make the postseason from here on out.

Here’s my question: how are you supposed to feel if you’re Bell? The No. 20 isn’t exactly locked into the postseason, either, sitting on the final bubble position with eight races remaining. One more win by a driver below Bell knocks him out; Kevin Harvick has three straight top-10 finishes and sits 20 points behind Bell for the 16th spot. It makes Bell the weakest link at JGR, leading a team-low 158 laps this season.

So JGR’s response to that is … give Bell two guys from a pit crew that’s been tripping all over itself? And by pumping up Wallace, it’s strengthening a No. 23 operation that could respond with the very win that knocks Bell out of this year’s playoff field.

JGR President Dave Alpern continues to make clear Kyle Busch will return to the No. 18 Toyota next season. Alpern is also insistent Ty Gibbs will remain in NXS full-time next year, seemingly making it clear Bell has nothing to worry about. But these are the types of decisions that make you go, “hm.” Why wouldn’t it just out-and-out replace the guys on the 23XI team who are struggling? Is the pit crew staffing shortage that extreme?

Did You Notice? … The Road America race was the latest example of how far behind the Next Gen car is on certain track types? There were just eight lead changes in the Kwip Trip 250 this past weekend (July 3), bringing the average on road courses to nine through three races this year.

On short tracks, this Next Gen car has averaged just eight lead changes in three races. Compare that to intermediates, where the fewest lead changes for any event has been 18. Two races (Auto Club Speedway, Charlotte Motor Speedway) had over 30 lead changes, while the pack races are averaging over 40.

No wonder why Cup doesn’t mind dropping a road course in favor of a potential Chicago street race next year. It’s easier to limit exposure while you work on fixing the problem, right? At least five of the 10 playoff races are at intermediate tracks.

I don’t see Bell going anywhere, as long as he has all of Rheem’s cash in his pocket. He didn’t replace Jones because he’s more talented, he replaced him because he brought money with him, something Jones didn’t.

The 20 team has been the home to Gibbs’ donkey pit crews for a while now. The three years Jones was in the 20, the crew regularly made mistakes, loose wheels, too many men over the wall, pitting outside the box, dumb strategy calls, and of course being disqualified at Richmond for the rear end alignment (which knocked Jones out of the Chase). When Jones was sent walking, his crew chief was demoted to Xfinity.

The swap’s easy to explain, NASCAR, Toyota & Gibbs are invested in making Wallace a star, and Bell is safe till Rheem stops paying the bills.

Last edited 6 months ago by gbvette
3
0

This pumping and fluffing of Bubba Wallace has got to stop, please. Hamlin and Jordan took a 20th place driver, invested millions and millions of dollars into him, and turned him into a … 25th place driver.

The 9 car should have been parked and not received any points for the day. IT was a ridiculous move and so blatant the only people shocould not see it are the NASCAR at track officials who are tasked every weekend with keeping the top team cars in the race instead of officiating the race inpartially.

Was that your first race? Not trying to antagonize – but over 40 years of watching myself, I’ve observed the ratio of guys parked for retaliation vs. retaliation itself is so tiny it can’t be measured.

“Did You Notice? … The list of potential NASCAR Cup Series first-time winners is dwindling?”

That’s great. The list of NASCAR Cup Series fans is dwindling as well. Y’all notice that?