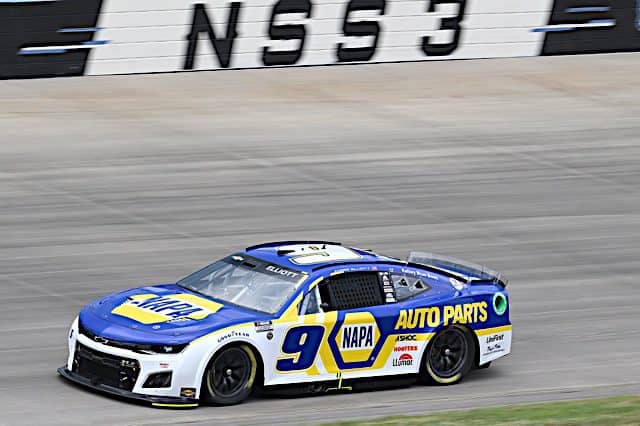 Chase Elliott snagged the pole for the NASCAR Cup Series race at Road America, posting 108.407 mph in the second round of qualifying Saturday (July 2).

Elliott edged Chase Briscoe in the final minute to win his 11th career pole and second of the season. Elliott won this race last year.

Briscoe, who was fastest in practice, will start next to the No. 9 on the front row, while Kyle Larson and Tyler Reddick make up the second row. Larson also won the Xfinity pole at Road America, which will race later on Saturday. Austin Cindric rounds out the top five.

Ross Chastain, Larson and William Byron all had brake rotor issues; tiny cracks appeared after the practice and qualifying sessions.

Kyle Busch will drop to the back, as his Joe Gibbs Racing team had to change engines on the No. 18 car. He was slated to begin 13th.

With only 37 drivers entering this race, all made the race.

Larson spun in group A practice in the kink area but didn’t hit anything.