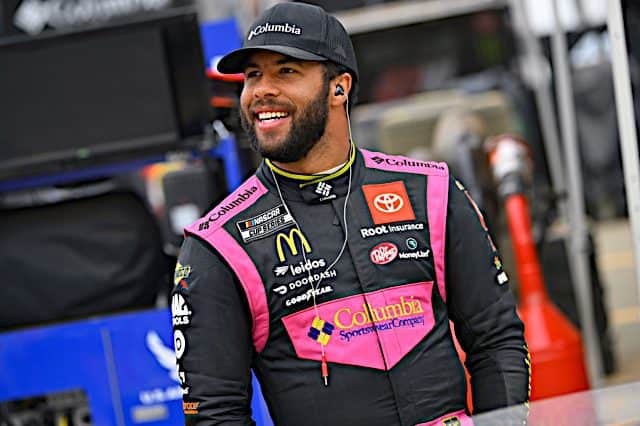 Toyota showed its hand in Friday’s (June 24) Cup Series practice session at Nashville Superspeedway, as Bubba Wallace led the charge with a top speed of 161.708 mph. He also had great long-run speed, as he led the field in 10-lap and 15-lap averages.

Wallace finished second in the season-opening the Daytona 500 in February, but he now finds himself looking for a win in order to claim his spot in this season’s playoffs.

Kyle Busch followed close behind with the second-fastest time of the session. Tyler Reddick was third quickest while last year’s winner Kyle Larson followed up his dominance by clocking in fourth. Larson’s Hendrick Motorsports teammate William Byron was fifth.

Wallace’s 23XI Racing teammate Kurt Busch was sixth quickest, while Ross Chastain was seventh. Ryan Blaney in eighth was the only Ford in the top 10 in eighth, and he was also the last of eight drivers to break the 160-mph mark in practice.

This is a perfect example that practice times don’t mean ANYTHING. Maybe he’ll get the p[ole like Danica at Daytona.