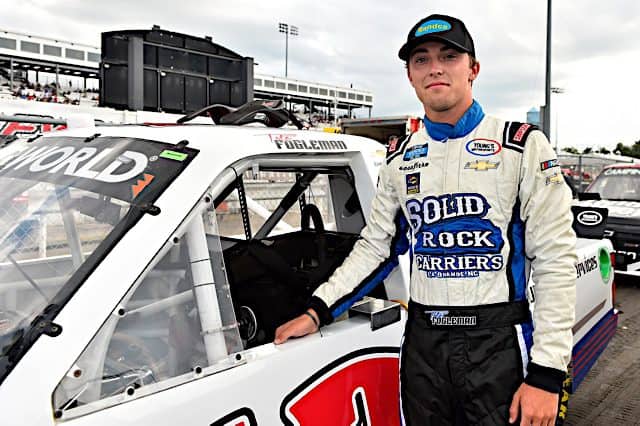 Fogleman will drive the No. 26 Chevrolet in the Rackley Roofing 200 at the 1.33-mile track.

“I am looking forward to the opportunity to drive for Rackley WR at Nashville Superspeedway,” Fogleman said in a team release. “Curtis Sutton and Willie Allen have built something special and have put the right people in place to be successful. The team has been competitive all year, and I look forward to continuing the success they have had and make the most of this opportunity.

“It’s going to be special for the city of Nashville, the home track for Rackley WAR. The environment of the city is like no other place.”

The Durham, N.C., native competed in the first 11 races with On Point Motorsports in the No. 30 Toyota but was replaced by Colin Garrett at Sonoma Raceway and did not return at Knoxville Raceway.

Rackley fields a full-time effort for Matt DiBenedetto in the No. 25 Chevrolet. DiBenedetto currently sits 12th in points with six top-10 finishes.

It’s the second time Rackley has fielded a second truck in the series. Last year, the team entered the No. 27 for William Byron, also at Nashville.