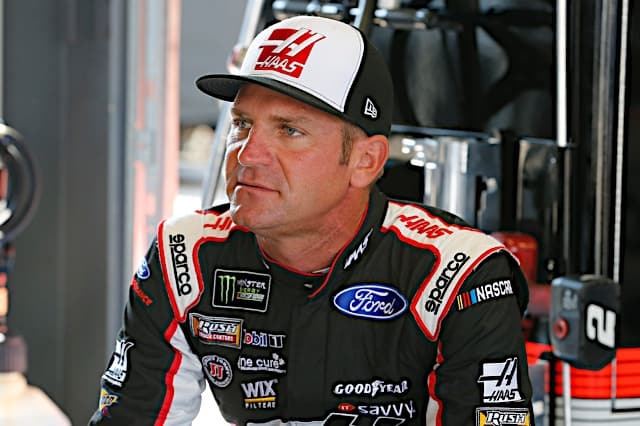 FOX 4 News in Kansas City reports an investigation into a fatal crash that involved former NASCAR Cup Series driver and current FOX broadcaster Clint Bowyer. The incident resulted in the death of a pedestrian near Lake of the Ozarks, Missouri on Sunday, June 5.

Bowyer’s accident occurred hours after the conclusion of the Cup race at World Wide Technology Raceway at Gateway near St. Louis.

According to a crash report from the Lake Ozark Police Department, Bowyer was driving westbound on U.S. 54, nearing the Missouri 242 roadway shortly before 9 p.m. CT when he struck a woman walking on the ramp.

According to the crash report, Bowyer immediately stopped and called 911 to report the incident. When paramedics arrived, he helped guide them to the woman, later identified as 47-year-old Mary Jane Simmons of Camdenton, Mo.

The article indicates a crystalline substance was found where the female victim’s belongings were located,  believed to be methamphetamine. The crash report also indicated the victim was believed to be under the influence of drugs.

Alcohol is not reported to be a factor in the crash. Bowyer supposedly passed all sobriety tests and recorded a .000 BAC at the scene. Since the incident, he has been absent from social media and missed the final NASCAR on FOX race of the season at Sonoma Raceway. The network described the absence as Bowyer tending to a “personal matter.”

Once FOX 4 News broke the story, Bowyer released a statement.

“Anyone that knows me, knows that family is everything to me,” he said via a statement through Clint Bowyer Racing. “My thoughts and prayers are with the family and loved ones of Ms. Simmons. This is a very difficult time for my family and I, please respect our privacy as we move forward.”

“We are deeply saddened by the news of this tragedy,” FOX Sports added in its own statement. “Our thoughts and prayers are with the families.”

Wow. Now we know the rest of the story. A bad deal for all involved.

he’ll carry this the rest of his life.

When Tony S hit a person who had illegal drugs in his system the tone was a lot different. Eventually he was sued for wrongful death. I wonder if this will happen to Clint B. It’s a bad situation for the survivors, but worse the dead, obviously. The media will set the tone.

I guess if Bowyer swerved or sped toward the pedestrian and someone saw it, then maybe. One definite difference, there weren’t a bunch of witnesses and it probably isn’t on camera.