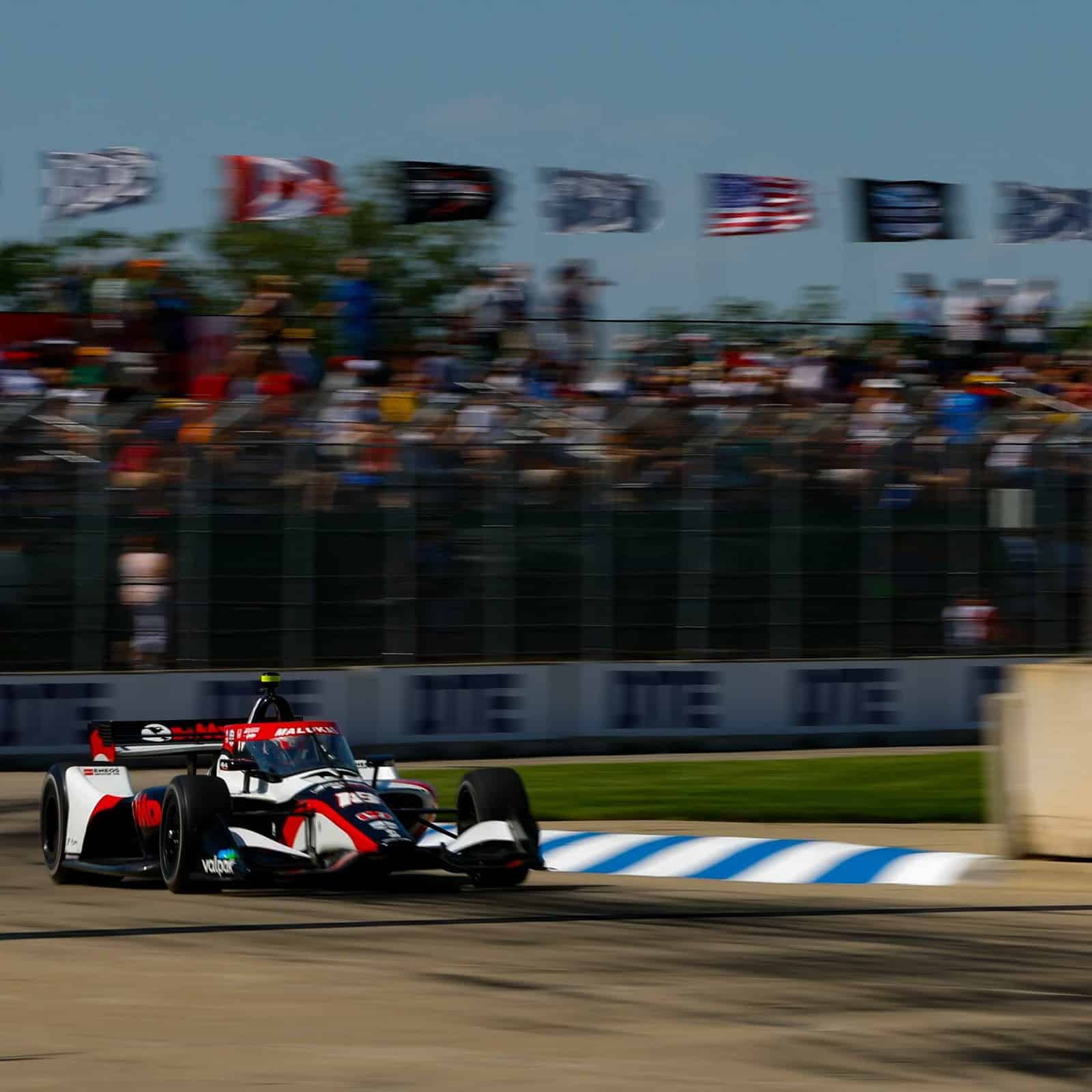 DETROIT— If there were any bad feelings about being snubbed for the 2022 Indianapolis 500 Rookie of the Year award, David Malukas didn’t show it out of the car.

The Chicago native qualified sixth for Sunday’s (June 5) 70-lap Chevrolet Detroit Grand Prix at Belle Isle for the NTT IndyCar Series, but Malukas made sure that his presence was felt around the 13-turn, 2.35 mile street circuit.

A lap of 1 minute 16.6104 seconds averaging 110.429 mph was slowest of all runners in the Firestone Fast 6, but the previous rounds tell the full story of the No. 18 Dale Coyne Racing with HMD Motorsports Honda.

Malukas was fastest of all drivers in the second group of round one with a lap of 1 minute, 14.8833 seconds, which was the fastest lap of the weekend to that point. In the following qualifying round, Malukas bettered that lap time at 1 minute, 14.8251 seconds, but Pato O’Ward ended up fastest in that round that led to the Firestone Fast 6.

“I feel like this whole start of the season we’ve always been really close to finding the car before qualifying, but always would miss it last second,” Malukas said in the post-qualifying press conference. “The first time now we’ve finally put it all together. I remember just doing the first two laps and saying, Wow, the car is spot on.”

Malukas is coming off of being the highest-finishing rookie in last week’s Indianapolis 500, but the Rookie of the Year award giving a bonus of $50,000 went to Jimmie Johnson, amid much questioning. Malukas used the snub as motivation.

“It was in the back of my mind,” Malukas admitted. “It’s building the confidence, making me push just that little bit harder.

Malukas’s first Fast 6 appearance was a total team effort with Dale Coyne Racing. Teammate Takuma Sato also made the final round of qualifying and will start second alongside polesitter Josef Newgarden.

Sato said in the post-qualifying press conference that the qualifying result was the result of the team’s commitment to thinking through what both cars needed. Having similar driving styles to his teammate is also a big benefit for car setup as well.

Coming into the race weekend, Malukas has two Indy Lights races under his belt on the street circuit. He finished fifth and third in those two races en route to finishing second in last year’s Indy Lights championship, and the miles turned around Belle Isle last year helped him learn the track ahead of this year.

“This track is so special with the way it is, the characteristics with the bumps, the way the car reacts going into each corner,” Malukas said. “Having the two races in Indy Lights definitely helped me going through [turns] 1 and 2. I know going over that hump in 2 it’s going to understeer. It’s little things like that throughout the whole track. Going into practice one, I had the jump of everything I expected.”

The upcoming race will be the final one at Belle Isle ahead of a return to downtown Detroit in 2023. The new venue will incorporate part of the downtown circuit that once hosted Formula 1 from 1982-1988 and IndyCar when it was known as CART from 1989-1991.