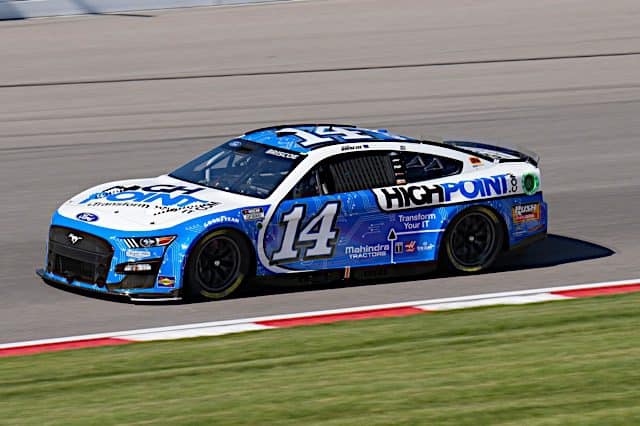 Chase Briscoe has claimed the pole for the NASCAR Cup Series’ first trip to World Wide Technology Raceway at Gateway, posting a fast lap of 138.274 mph in the second round of qualifying Saturday (June 4).

It’s his first career pole, marking the first time since 2001 that five different drivers earned their first poles in one season. He’s also the 10th different driver to win a pole this year.

Austin Cindric will start next to Briscoe on the front row, while Christopher Bell and Tyler Reddick slot in the second row. Ryan Blaney rounds out the top five.

Denny Hamlin starts sixth, Aric Almirola seventh and Joey Logano, who was fastest in practice Friday, begins eighth after losing some ground in his second run. Harrison Burton and Ross Chastain complete the top 10 in the lineup.

Ben Rhodes, who was filling in for AJ Allmendinger for practice and qualifying, did not make a lap as the Kaulig Racing team is still working on the car. Additionally, Parker Kligerman didn’t go out after his car caught fire yesterday. He’s going to a backup.

Too many Fords in the top ten. This cannot happen. There will be “rule” changes.