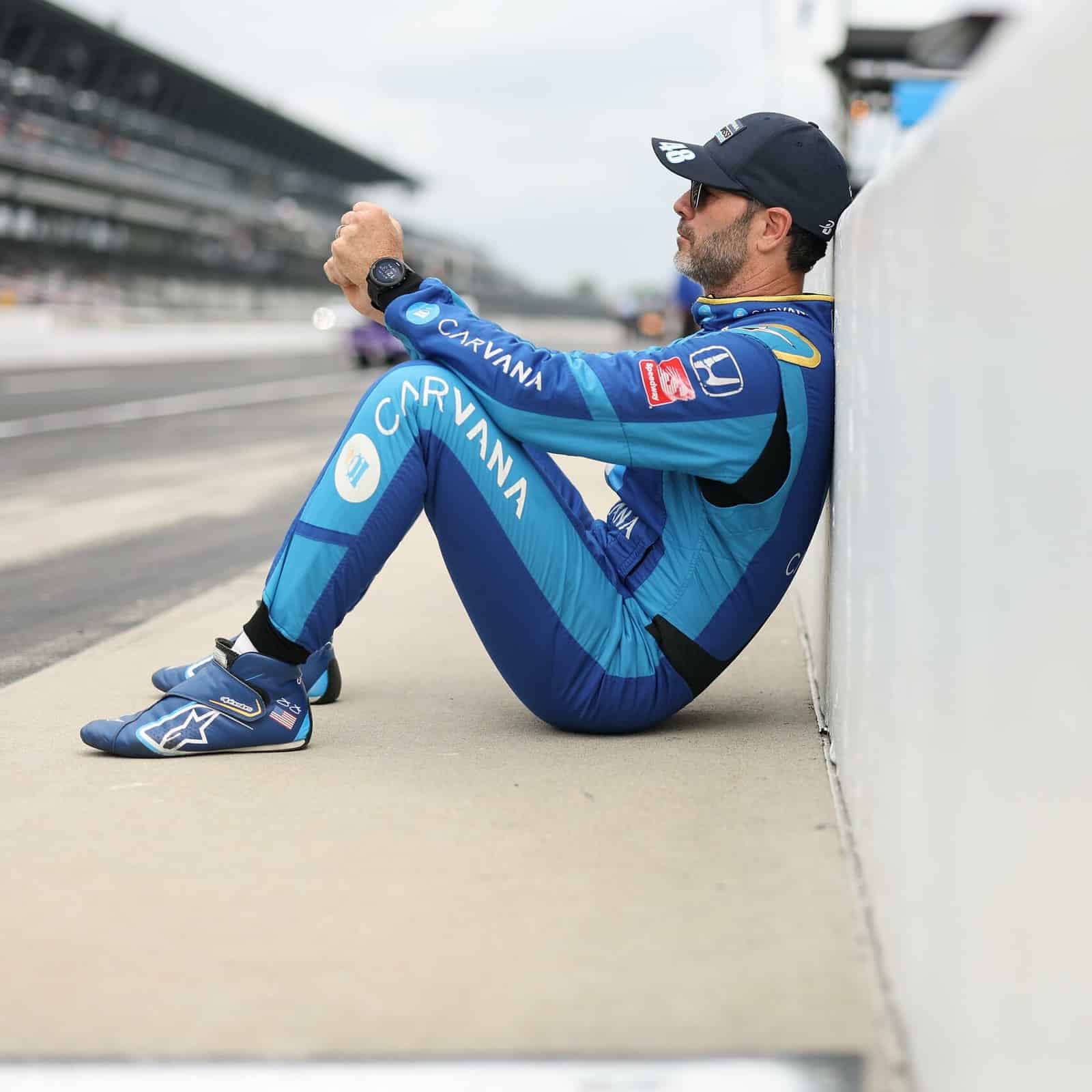 After nearly brushing the wall exiting the first turn of his final Indianapolis 500 qualifying run, Jimmie Johnson was just looking to finish his four lap run.

The seven-time NASCAR Cup Series champion went out seventh in the 12 car session and avoided wall contact with the absolute smallest of margins as the right rear tire of the No. 48 Chip Ganassi Racing Honda left some rubber on the pavement.

“Trying to get my tools right in the car, but the track’s a little different than it was this morning,” Johnson said on the qualifying broadcast. “The same approach wasn’t going to work, and we certainly were trying for it. That’s the most effort in the setup of the car and trim settings and stuff that we’ve had. [I] was committed to run (turn) 1 flat and it just was so light on top of the track, I was wide and tried to keep it off the fence at that point.”

Jimmie saves it on the first corner of his qualifying run. He'll start on the first four rows in his first #Indy500. pic.twitter.com/q3PVJdz3qi

Johnson turned the final 15 corners of his run without incident to qualify with a four-lap average of 231.264 mph, placing the four-time Brickyard 400 winner on the outside of the fourth row.

The sunlight and track conditions caught Johnson out a little bit as he tried to get things right with the balance of his car for the Fast 12 qualifying run.

“These guys are so good at what they do in these trickier conditions. I just need a bit more experience,” Johnson said of his four teammates who were all in the Fast 12 session with him and advanced to the Fast 6 round.

Marcus Ericsson starts in fifth place with Tony Kanaan next to him in sixth. Combined with Rinus VeeKay starting third and Ed Carpenter starting fourth, Ed Carpenter Racing joined Chip Ganassi in locking out the first two rows of the grid.