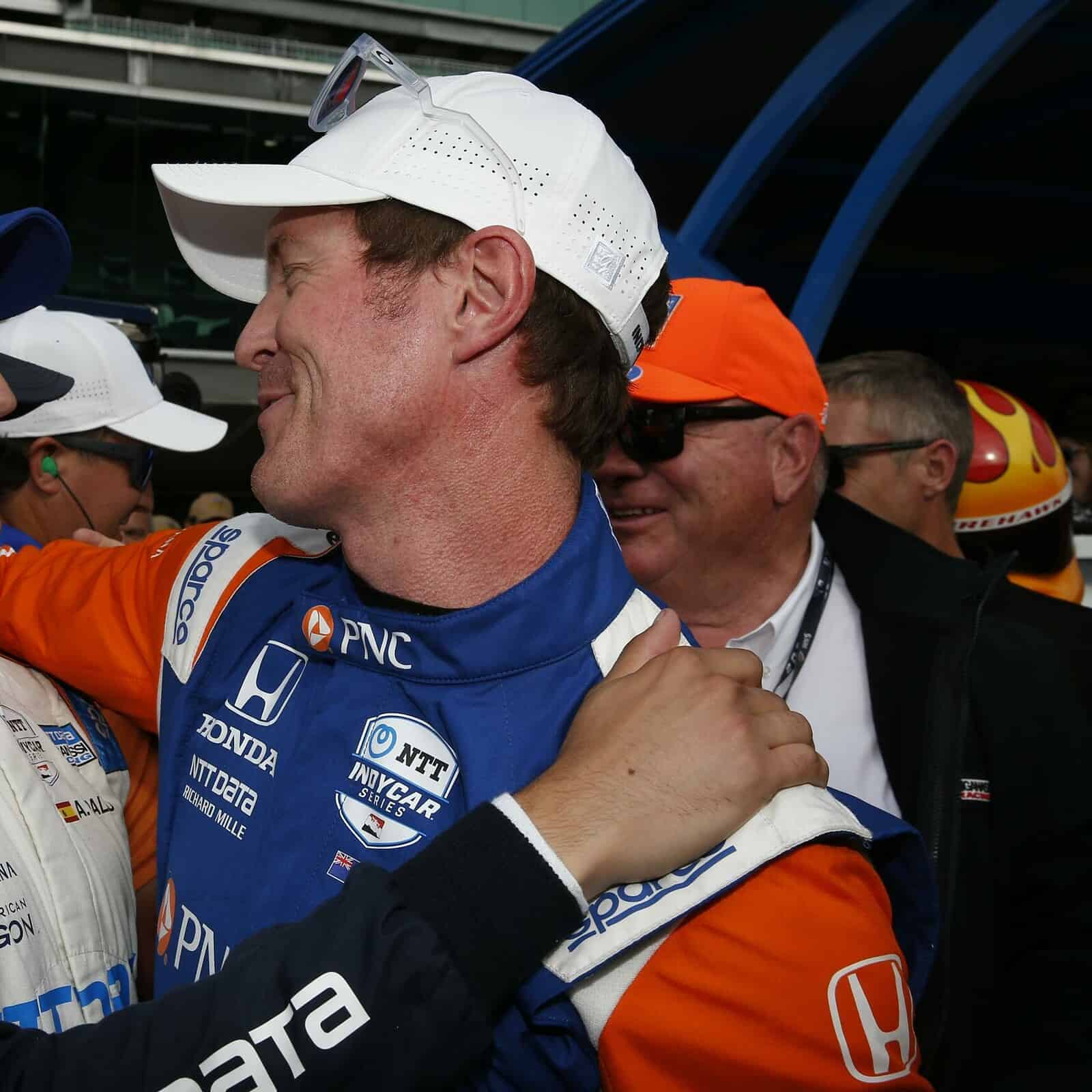 INDIANAPOLIS — The battle for the Indianapolis 500 pole came down to a battle between two titans of Chip Ganassi Racing.

The first combatant was Spanish racer Alex Palou in the No. 10 Honda. The 2021 NTT IndyCar Series champion was the ninth driver to run in the Fast 12 session, turning the third fastest speed.

The second combatant was New Zealand racer Scott Dixon in the No. 9 Honda. The six-time NTT IndyCar Series champion had four Indianapolis 500 poles to his name and was the third driver to set a time in the Fast 12 session.

After his four lap run, Dixon put the rest of his competitors on notice with an average speed of 233.510 mph over 10 miles. That was the fastest run of the session.

The Indianapolis Motor Speedway was about to see history.

After two cool-down periods interrupted by a brief parade lap session, the Fast Six were ready to compete for the pole position for the 106th Indianapolis 500.

Palou was the third driver to make a qualifications attempt. The 2021 Indianapolis 500 runner-up turned the fastest first lap to that point in the final round of qualifying at 234.048 mph.

There were still two cars to go. Rinus VeeKay was next, but his average of 233.385 mph put him behind Palou but there was still one car left.

Dixon is the defending pole winner at Indianapolis, and in fact was only .0113 seconds shy of winning the pole in 2020. That would have set the 2008 Indianapolis 500 winner up for a three-peat at pole position, a feat that has never happened at Indianapolis.

The crowd cheered, but Palou knew that the writing was on the wall.

“It was not something that caught me by surprise,” Palou said. “It’s Scott Dixon, he has the same car as you, same tools as you and he’s going last on track and he’s going for pole for the Indianapolis 500.”

The gap between Dixon in first and Palou in second? Just .3599 seconds.

After Saturday’s (May 21) qualifying runs, Dixon wasn’t feeling too happy. There was a distinct gap to the fastest three qualifiers and there was a lot of work to do with race engineer Michael Cannon.

“I was definitely down in the dumps last night,” Dixon said. “We had a bit of a rough day, we kind of messed up a couple of things and almost took us out of the Fast 12, so we might’ve been sitting out today. Huge credit to the team, to everybody on it, getting five cars in the fast 12 is extremely tough to do, and then four into the fast six was crazy.

“We talked ourselves out of things that we shouldn’t have and it’s a knock on effect. Once you change one thing and it affected the whole run and we were kind of lucky in some ways that we had some weather because I’m not sure that, unless we got another run and how the lines were working, we probably weren’t going to get it.”

Chip Ganassi Racing had five cars entered in the Indianapolis 500 and all of them will start in the first four rows on May 29th as Marcus Ericsson qualified fifth, Tony Kanaan qualified sixth and Jimmie Johnson qualified 12th after an incredible save exiting turn 1 on the first lap of qualifying.