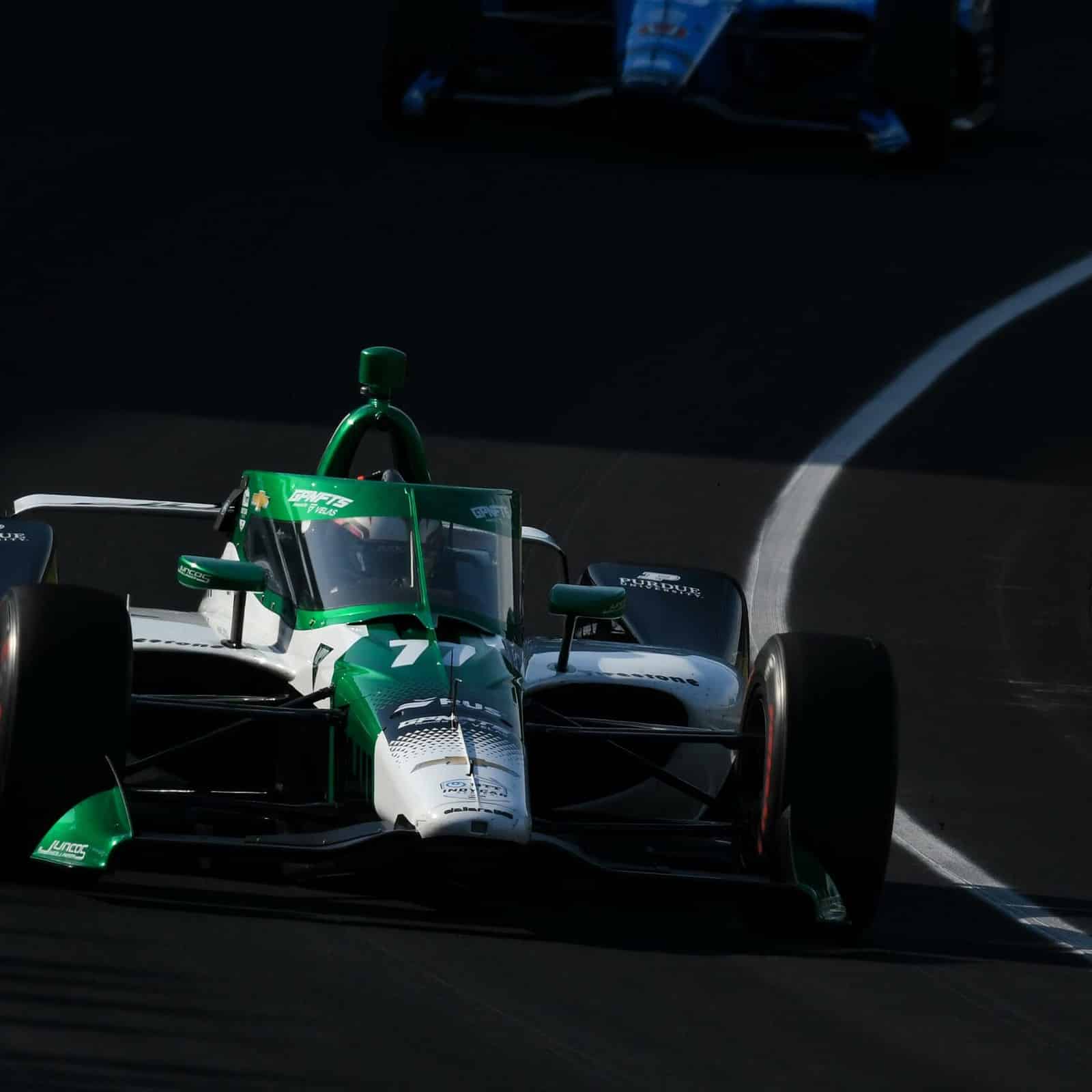 Juncos Hollinger Racing have given the IndyCar community notice that it doesn’t take a large armada of resources and personnel to be competitive in modern open wheel racing.

The team finished eighth with driver Callum Ilott behind the wheel of their No. 77 Chevrolet in Saturday’s (May 14) GMR Grand Prix at the Indianapolis Motor Speedway road course, but the reality is that the team and driver have made steady progress through the first part of the 2022 NTT IndyCar Series season.

Running the final three races of the 2021 IndyCar season allowed Ilott and JHR the opportunity to get their feet wet before committing to a full 2022 IndyCar campaign. Both Ilott and the team knew that there would be many challenges along the way but they both believed in each other. A 24th place finish at Long Beach in April overshadowed the fact that the JHR team were ninth in the first practice session and 10th in the morning warmup session before the race. Progress was slow, but evident.

The next race at Barber Motorsports Park allowed the team to put the rest of the field on notice with eighth and ninth in both opening practice sessions, 11th in qualifying and quickest in the final practice session.

Ilott ran as high as seventh place before spinning the car and stalling in the first half of the race, bringing out a full course yellow. The 2020 Formula 2 runner-up finished 25th after losing two laps. Putting a full race weekend together became the next goal as the driver and team began to bond.

By finishing eighth at the GMR Grand Prix, the team had finally put a weekend together after placing second in the first and final practice sessions before qualifying a season-high seventh ahead of the chaotic race.

All of this is according to plan for getting Ricardo Juncos’s team back into IndyCar full time after some partial campaigns. The team ran two cars in the 2017 Indianapolis 500 before competing in 12 of 17 races with three drivers and a single car the following year.

Bumping Fernando Alonso from the 2019 Indianapolis 500 field was the last IndyCar race Juncos’s team took part in before focusing on their Road to Indy drivers and now-defunct IMSA program. However, IndyCar was always the goal for Juncos. That goal became a reality when Brad Hollinger joined the organization and the team competed in the west coast IndyCar races before absorbing part of the Carlin IndyCar operation as 2021 concluded.

After combining personnel and equipment, the reconstructed team started to find chemistry together and the results have spoken for themselves.

“We don’t have [big] budgets behind [us], we don’t have other teammates,” Juncos told Frontstretch. “We don’t have experience, but we just work together so good. And that makes a big difference when you have everybody working together and everybody feeling the same passion with the same intention, with the same goal. Most importantly, the philosophy behind me as a leader, talking to them all the time and we get just contagious to each other and we just go high to a level, that’s how you get it, right? So for me, it’s all about the people, all about the team and working together as a team, the system in place is working.”

Going to the 106th Indianapolis 500, Ilott has had to prepare differently than for any other open wheel race he has competed in. Instead of having a day or two of practice followed by qualifying and the race, there are four days of practice before qualifying the weekend before the race, with higher speeds and larger penalties for mistakes.

The race at Texas Motor Speedway was a nice warmup leading to the 500. Ilott led five laps during a late cycle of green flag pit stops before finishing one lap down in 16th. The biggest lesson from that race was finding out where the car’s capabilities and limits were as the fuel load burned off and the tires began to wear.

Without doing any simulator work, Ilott has had to do film study on previous 500s to figure out strategy, even if the broadcasts themselves are a bit lengthy due to the race’s length. So far, Ilott has watched seven 500s to try and get a feel for how the race could play out, but one moment shines over all others that Ilott had to watch a few more times.

In 2016, Alexander Rossi drove the last 90 miles of the 100th Indianapolis 500 on a single tank of fuel. By running slower with much higher-mileage fuel maps, pulling in the clutch and coasting the car, the California native built up enough of a lead by staying out that even after running out of fuel in the final corner on the last lap that it was enough for the win.

“I remember watching it live and going, ‘Holy shit, that was unexpected,’” Ilott said. “And so I kind of wanted to watch it back again and again to understand why they made those decisions and how they got it to work.”

Qualifications for the 106th Indianapolis 500 will take place Saturday May 21st and Sunday May 22nd. The race will take place the following Sunday with the live broadcast starting at 11:00 a.m. ET on NBC.

What are the numbers to field an IndyCar team?