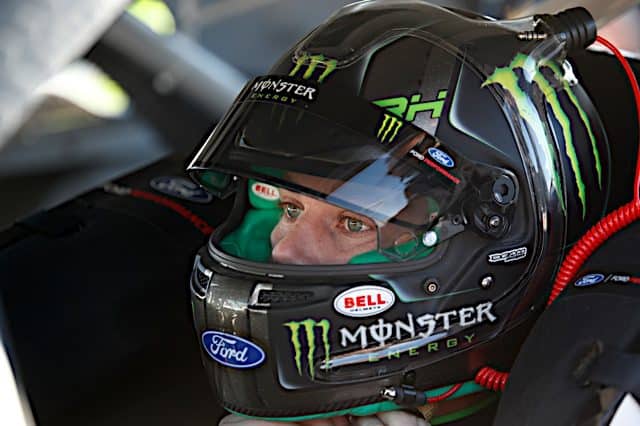 Let’s throw it back, race fans. Justin Allgaier continued his reign over the track that’s “Too Tough to Tame” on Saturday (May 7), coming from the back to the front to take the win on throwback weekend. His victory in the NASCAR Xfinity Series Mahindra ROXOR 200 broke a 34-race winless streak.

Noah Gragson, Riley Herbst, John Hunter Nemechek, and Sam Mayer rounded out the top-five finishers, rounding out yet another fantastic day for JR Motorsports. We’re throwing it back to the future in this Breakdown, shaking things up a little, so let’s jump right in.

Riley Herbst gets the first nod for this week’s winners section, as the driver of the No. 98 Mustang has been on an absolute tear as of late. He’s got five consecutive top 10s now, well within the hunt for his first win of the season running up a streak that have might slipped under the nose of most race fans. Herbst is one of the few fast Fords on the Xfinity circuit so far this year, and that’s important to notice — it shows that he’s been having these finishes with little-to-no teammate assistance at Stewart-Haas Racing.

Now, for the elephant in the room. Justin Allgaier went a full year without a win; turns out Darlington was the cure. Now, 34 races later, the track that is “Too Tough to Tame” was taken care of by Allgaier a second straight year. He even had to come from the very back of the field after having to replace a battery on pit road before the race.

Now, with a spot in the playoffs, the veteran driver is undoubtedly looking forward to adding to that win total going forward. By the way, he’s now 2-for-2 running Dale Earnhardt Sr. schemes – just some food for thought.

You might have noticed a name missing from the up-front JRM crew, and you’d be right. Josh Berry had just as fast of a car as anyone, sitting up front for most of the race. All was fine and dandy until he started on the front row with his teammate Allgaier and jumped the gun. Berry was black flagged and forced to take a drive-through penalty far too late in the race to recover. Once the checkered flag waved, Berry climbed back to a respectable P18 — but it could have been so much better.

Alex Labbe is making his first appearance on the “Losers” list this week, simply as living proof of someone that will lose their ass if it wasn’t attached to them. Mid-race, he suffered a collision with the ever-famous Darlington wall, deciding that he could just simply soldier on without his rear bumper. It all worked out for him in the end, though (kind of?) as he joined Berry midpack with a respectable 19th-place finish.

Schemes of the Week

It. Is. Time. I don’t think I’ve ever had multiple schemes of the week, but come on, it’s throwback weekend. Give me a break.

There were some absolutely beautiful rides this weekend, and I’m going to give you my three favorites in a very particular order.

Throwback weekend is always full of Earnhardt Sr. throwbacks. Each year, someone dawns the black wrap or the blue and yellow and honors one of the greatest drivers of all time. This year, however, I think Clements did it best. The adaptation of the modern sponsors was done well while the color scheme is hard to mess up. There’s only one thing that I don’t like, though, and that’s the fact that it’s a two-digit number scheme. If it was a single digit, this one might move up a spot on my list.

Throwback weekend ready! This is how I came up with racing the number 27 from the start of my career. @WardBurtonWBWF @OurMotorsports pic.twitter.com/UB8Sb5Epl8

Jeb Burton’s throwback to father Ward was one of the cleanest in the field. In all honesty, any of the Our Motorsports cars could have made this list. They were all inside my top five. However, as I’ve said in the past, I do love a red race car, and this throwback scheme honors one of the most bad ass red race cars there ever was.

Sweet baby Jesus. This one’s gorgeous enough to make a grown man cry. Tyler Reddick’s Bobby Allison throwback is absolutely perfect. There is literally nothing that I don’t like about it, from the old school font and sponsorship placement to the way the red perfectly slides down the body lines. It’s straight up beautiful, and I would have done almost anything to see it in victory lane (as would Reddick).

To top it all off, it has the one thing that I’ve been pleading for to make a comeback for literal years. It has gold wheels. #bringthemback

Three straight JRM victories have locked in Justin Allgaier, Berry and Gragson (although he was already in after his win at Phoenix), leaving only the youngster Sam Mayer before the entire team is playoff bound. They’ll be joined by Austin Hill, Brandon Jones, Ty Gibbs and A.J. Allmendinger as seven Xfinity Series regulars have won this season.

It’s because I want to talk about them here. They’re at the cutting edge of the Xfinity Series, that goes without saying. They bring recognition, talent and plenty of money into a division that might be struggling otherwise. My question to you this week is now this: Do they stop here?

There’s no doubt that Dale Earnhardt Jr. has had plenty of success as a driver at the Cup level. The name alone carries enough recognition to attract big time talent to fill as many seats as they want, and the open platform they give their drivers would attract some of the best young guns in the sport, just like it has in Xfinity (see” Sam Mayer for reference). Will we see a JRM Cup Series team soon, and if so, whose place do they take?

Earnhardt (along with sister Kelley) has made it clear that his stance on “never” having a Cup team has changed, especially with the addition of the Next Gen car — he said so in an interview on Sirius XM’s NASCAR Radio back in January. Will we see the same drivers on the roster now making the jump or will Earnhardt look to fill the seats with a little more experience?

Only time will tell. But the winds of change have blown in the direction of JRM, and they could take effect sooner or later.

We’re taking another short hiatus before returning to action at Texas Motor Speedway on May 21 for the aptly-named Texas 250. The last time the series visited TMS, Kyle Busch took home the win. As yet another race passes without Busch in the field to terrorize the NXS “children,” another opportunity arises for more young guns to enter their name into the playoff picture.

The green flag for this race drops at 1:30 p.m. ET and will be aired on Fox Sports 1 (TV) and the Performance Racing Network (radio).

JRM could indeed make the jump to Cup, but IMO it would be a mistake. The company works well as an Xfinity team and satellite for HMS (a co-ownership situation that would be changed with an entry into Cup, with an attendant loss in direct HMS money) and is a big fish in the smaller pond of Xfinity. Why mess with success? Trackhouse’s Cup success seems to be an exception; 23XI is not exactly setting the Cup world on fire and Kaulig’s experience so far in Cup has been miserable (and appears to have negatively affected the performance level of its Xfinity program).

Jr said the issue before could actually be costs vs rewards. With the potential of the Cup cars costs being under control they don’t really cost more than and Xfinity car and the Cup purses are of course higher. But, driver salary could wipe that out. I do like them in Xfinity, but could see them in Cup if they can $$ for a Charter.

Regarding Clements’ car and the single digit comment you made, the scheme was based not on the 3 car, but on Bud Moore’s 15 from when Sr. drove that. So I have to give it extra props for simply being a 15 to 51 reverse. 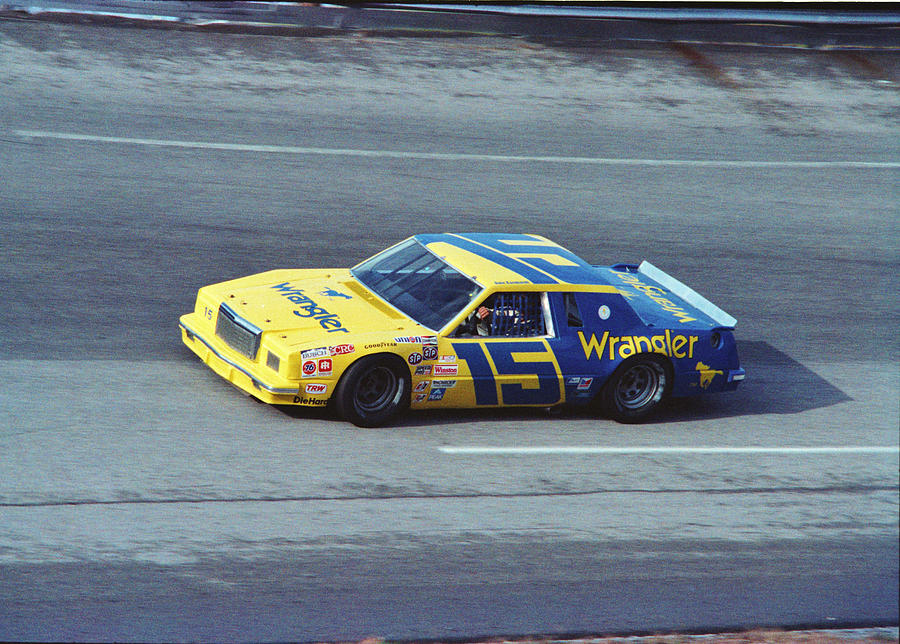