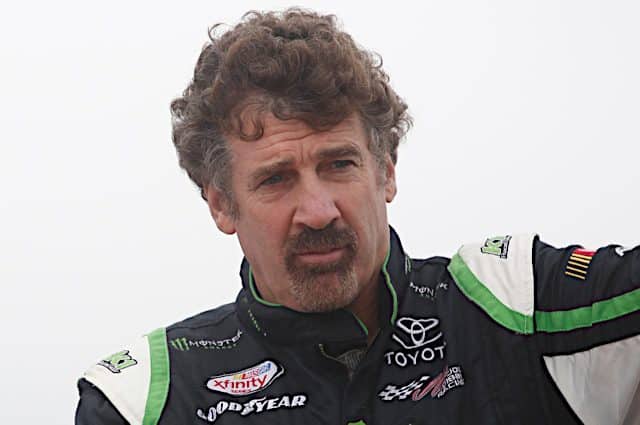 The first of the road course ringers has been announced and it’s a familiar face returning to the Cup Series. MBM Motorsports announced in the wee hours of Saturday morning (March 12) on their Facebook page that former IMSA driver and NASCAR road course stalwart Boris Said will drive the No. 66 Bumper.com Ford Mustang for the team at Circuit of the Americas on March 27.  It will be Said’s first attempt in the NASCAR Cup Series with the team.

In the post, team owner Carl Long wrote that “The Cup cars are a challenge with our limited resources.” He also noted that the race is a makeup race for Bumper.com.  They served as the primary sponsor for the team at the Daytona 500 in February.  Timmy Hill was unable to qualify the No. 66 for the race.  In addition, other Cup races for later this season are being discussed.

Said has 54 career starts in the NASCAR Cup Series between 1999 and 2017.  Said has never won, but has two career top five finishes, the best of which being a third-place finish at Watkins Glen in 2005 for MB2 Motorsports.  He has eight top 10 finishes and two career poles, one each at Sonoma (2005) and Daytona (2007).

Said has one previous start for the team in the NASCAR Xfinity Series.  Last year, Said was tapped to drive the No. 13 Toyota in the Pit Boss 250 at COTA.  He qualified the Supra 24th and finished 31st.  He also attempted Road America for Hattori Racing Enterprises (in cooperation with MBM Motorsports), but failed to qualify.

In addition, Long announced that the team’s second Cup car, the No. 55 Ford, will return at Talladega in April.  JJ Yeley, who will continue in the team’s No. 66 full-time in the Xfinity Series, will be back in the No. 55 Ford with HEX.com sponsorship.

FOX will have coverage of the EchoPark Texas Grand Prix from Circuit of the Americas on Sunday, March 27 starting at 3:30 p.m. ET.

Just once, when Boris was in his prime I’d loved to have seen him in a really competitive cup car.
The problem is that really competitive teams don’t need road course ringers.
He probably won’t be the only ringer, & most will be in better cars.
So getting in the show could count as a victory.

I’m with ya John Dawg.

Boris in a Gibbs car, or Hendrick since they still have a good relationship and are in on some dealerships together.