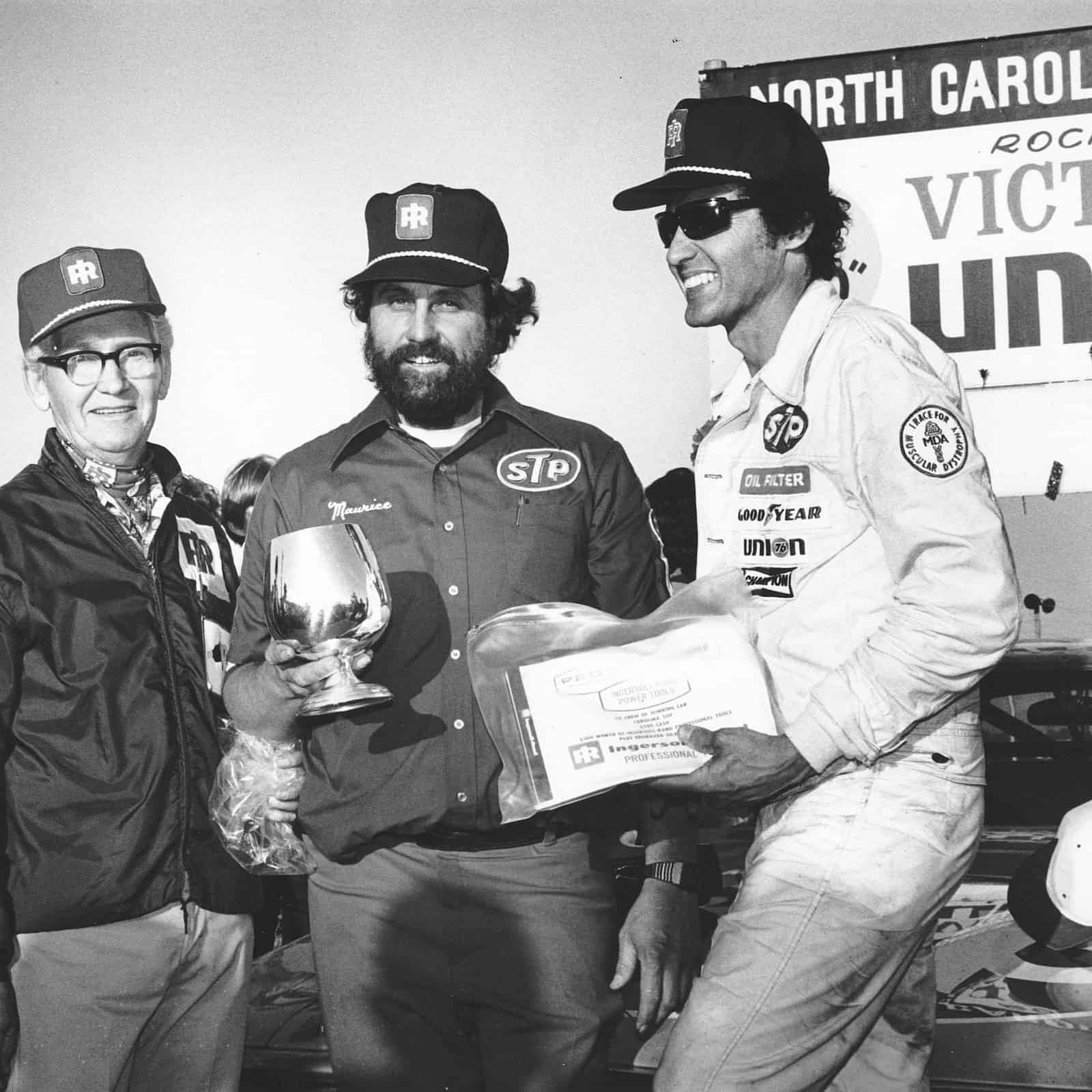 In last week’s edition, we took a closer look at a slice of the early days in NASCAR and the local racers who could enter — and win — Grand National (now Cup Series)-level races. That’s something that’s unheard of today in the top series. Even part-time teams plan for months and usually hire drivers already proven in NASCAR.

So how could a local team compete?

While that’s a bit of a loaded question — the rule book made it easier to build an eligible car on a smaller budget, something that’s long since gone the way of the dinosaur — part of the answer lies in the extensive schedule, and in a points system that rewarded drivers for competing more but also gave opportunities for drivers to miss a race or two or a handful and still be competitive. The nature of the system gave other drivers an occasional in.

It wasn’t until NASCAR’s Modern Era was ushered in by Winston’s title sponsorship that the schedule was trimmed to something that more closely resembles what today’s fans are familiar with.

In its formative years (excluding 1949 and 1950 when the top series was brand new), the Grand National schedule included anywhere from a low of 34 races in 1952 to a high of 62 points-paying events in 1964. Most, but not all, tracks hosting Grand National races were on the East Coast, but the series traveled west to California and Oregon as well. For many teams, that amount of travel was prohibitive.

Most teams skipped a race or two over the course of the season, with some choosing to attend even fewer. Travel distance, and the surface and condition of the tracks played a role in the decisions, but so did another factor: how many points the race was worth.

Until the Latford system took effect in 1975, points were awarded based on one of two things: the race purse, or on mileage. More on the modern era systems used from 1972 until today next week.

See also
Waid's World: The Speedway Once Known As Rockingham Fell to Progress – and the Elements

In the early days, it was all about the money. The exact system changed over the years, but the gist of it was that the higher the payout, the more points a driver would earn. Most Grand National races paid out roughly $4,000 on average, and that purse netted the winner 200 points. The system was based on 25 points per $500 available in prize money. The Southern 500 was NASCAR’s most prestigious race in the early days, and its $25,000 purse also came with a point payout of 1,250 to the winner, much higher than a win at most other venues.

Until 1951, only the top 14 finishers received points at all (and some were half-points at that). From 1952-1967, points went to the top 25 with an even spread and no more half-points. The scoring officials were probably happy with that turn of events.

Different points for different events lead teams to make some choices. The best way to score a lot of points was to run a lot of races, and a look at the eventual champions of the era bears that out. In that 62-race 1964 season, Richard Petty ran 61 times, only sitting out once —from the Daytona 500 qualifier that he wasn’t eligible for. Runner-up Ned Jarrett ran 59 times.

Running as many races as possible had its drawbacks. Teams, even the best ones, didn’t have extra equipment just lying around, and that led to logistical creativity. In his autobiography, “King Richard I,” Petty recalls a road trip he made for his father, Lee, in order to make races on opposite coasts days apart.

“He raced up North one weekend, and three days later he had to run at Bay Meadows, which was just outside of Oakland … I’m talking Oakland, California.

“…So he told me to drive the race car to California. That’s right, drive it to the West Coast.”

Petty went on to recall some creative explanations to law enforcement about, among other things, the lack of a back seat and the bolted-shut trunk. Rain was also an issue because the car had no windshield wipers. When the race was over, the younger Petty had to drive the car back to North Carolina.

That’s how high the stakes were to teams.

While running as many races as possible was the best way to win a title, teams could also take a bigger gamble and run fewer races, cherry-picking the big points payouts. It might not lead to championships, but it did lead to strong point finishes, enough to get part of the season-end point fund money.

Looking again at that brutal 1964 schedule, that’s how it played out. Billy Wade finished fourth in points with four wins in just 35 races—15 fewer races than fifth-place Jimmy Pardue ran. Seventh-place Jim Paschal made just 22 starts, barely more than half the number of eighth-place Larry Thomas.

There are those who will point out the points system and number of races in an attempt to discredit statistics from that era, particularly race wins and titles, because the fields didn’t include all of the biggest stars every week. No, no they did not. They had locals instead.

And the locals were tough competitors, fiercely defending what they saw as their turf. Like today, there were plenty of very talented drivers who never became full-time Grand National drivers. But they were plenty good, and they proved it when they had a chance to compete. The system simply allowed for it in a way that’s not possible any more.

See also
Did You Notice?: If Kyle Larson Is in Chase Elliott's Head?

NASCAR was less particular about the condition of some tracks in those early days as well, making some places incredibly difficult to contend with. Crews were often smaller, travel far less luxurious than today, and winning wasn’t any easier.

The difference in the points system makes it very hard, if not impossible to make direct comparisons between those racers and today’s drivers, particularly based on championships alone. Wins may be a better indicator, but, yes, comparisons aren’t necessarily valid.

It’s not wrong to make them. It’s just necessary to look at more than just the numbers. There’s a lot to take into account here, and it’s about more than what went down between the flags.