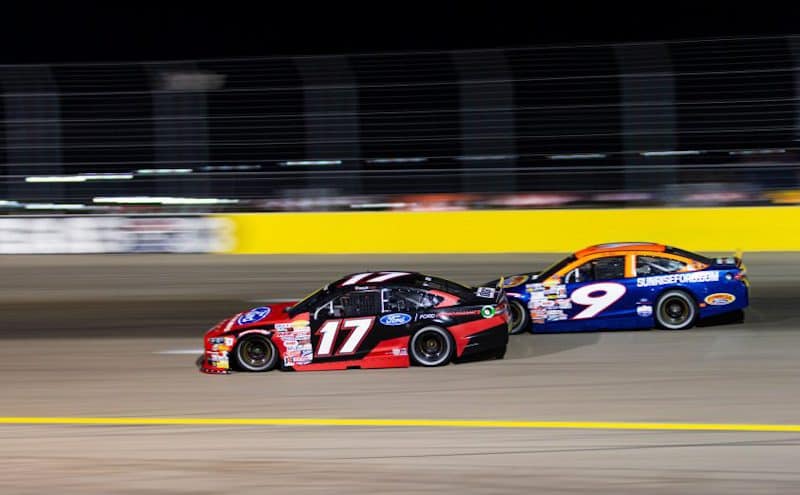 The General Tire 150 is the West season opener. This race will have West drivers competing against the main ARCA drivers. This race is also the first of the ARCA Menards Series Sioux Chief Showdown, a 10-race championship within the main ARCA schedule.

A byproduct of this is drivers do not have to be 18 years old to compete. Instead, the minimum age is 15. So, who are these young West drivers?

Herzog, Keller, Lowden, Reif and Tuttle will all run full-time for the first time in their ARCA careers.

Reif will make his ARCA debut at Phoenix. He’ll be the teammate to Drew, who lost the West championship last year to Jesse Love via a tiebreaker.

The number of wins was the tiebreaker for the West championship last year. Alas, Drew didn’t win in his first West season.

Herzog succeeds Love as the driver of the No. 16 Chevrolet for West powerhouse team Bill McAnally Racing. The team expects Herzog to continue its championship-winning ways.

“We’re excited to welcome Austin to BMR, as he graduates to the ARCA Series,” team president Bill McAnally said in a press release. “He has a great passion for racing. He has impressed us with his talent, and we expect to challenge for the title as we provide him the opportunity to reach his full potential at this level.”

Almost 32 years old, Pedroncelli is not as young as many of his competitors, but that has not stopped him.

Last year, he ran full-time in the West for the first time in his career. He emerged as an instant contender, finishing five points behind Love in fourth place in the championship standings.

Pedroncelli scored his first victory at All American Speedway en route to one win, four top fives, and six top 10s. To win the title, he will need to lead more laps. He only led one last year, the final lap at All American. He is back piloting his No. 33.

Pedroncelli is not the lone West winner from last year returning this year. Iest will again be back in the No. 54 Naake-Klauer Motorsports Ford.

Per his representative, @IestJoey will run again run full-time in #ARCA West with the same team, Naake – Klauer Motorsports. Iest won't compete in ARCA East races. Sponsor-dependent, Iest is working on a couple main @ARCA_Racing races, though not at its season opener at @DAYTONA.

Iest was a busy driver last year. He ran full-time in both the West and ARCA Menards Series East. He also finished fifth in the East standings.

Iest’s team has a technical alliance with David Gilliland Racing, and Iest ran upfront most of the West season, logging six top fives and six top 10s in that nine-race season.

Keller will run full-time after competing in three West races the past two years. Under the lights at Phoenix, his car will stand out.

In Keller’s three West starts, he has two top fives and three top 10s. The Las Vegas native certainly will be one to watch this West season.

Veteran Koga has been racing full-time in the West since 2017. In 20 races over the last two years, he has achieved 10 top-10 finishes. But he has yet to break through to victory lane.

“I feel like we have a great team that is committed to winning so my main goal this season is to win my first race.,” Koga told Kickin’ the Tires.

Three of the main ARCA youngsters who eagerly join the full-time drivers and West drivers at Phoenix are Love, Taylor Gray, and Sammy Smith.

Love will pilot a new paint scheme with the team this year too.

Here she is! So psyched to announce my partnership with @crescent_tools this year and many years to come! Let me know what you guys think! @ToyotaRacing #TeamToyota pic.twitter.com/59LA9De1Hi

Gray already has been victorious in the West competition. He has three wins, six top fives, and eight top 10s in 10 career West starts. What Gray lacks on his young ARCA resume is the main ARCA series victory. He will have a fast No. 17 Ford at Phoenix.

Smith will make his second West start at Phoenix. His other West start was in the West season finale last year also at Phoenix. Smith qualified second and finished third. The winner of that race? His teammate Ty Gibbs.

Smith is driving the No. 18 Toyota full-time in the East as well as he will become its permanent driver in the main ARCA series once he turns 18 this year. In the meantime, he will pilot the No. 18 at Phoenix as he seeks his first main ARCA and West victories.

Yes, these West drivers and ARCA youngsters will be contenders for the victory at Phoenix. Do not forget about those full-time ARCA drivers either, though. They already raced 80 laps at Daytona; they are hungry to perform well at this 1-mile track too.