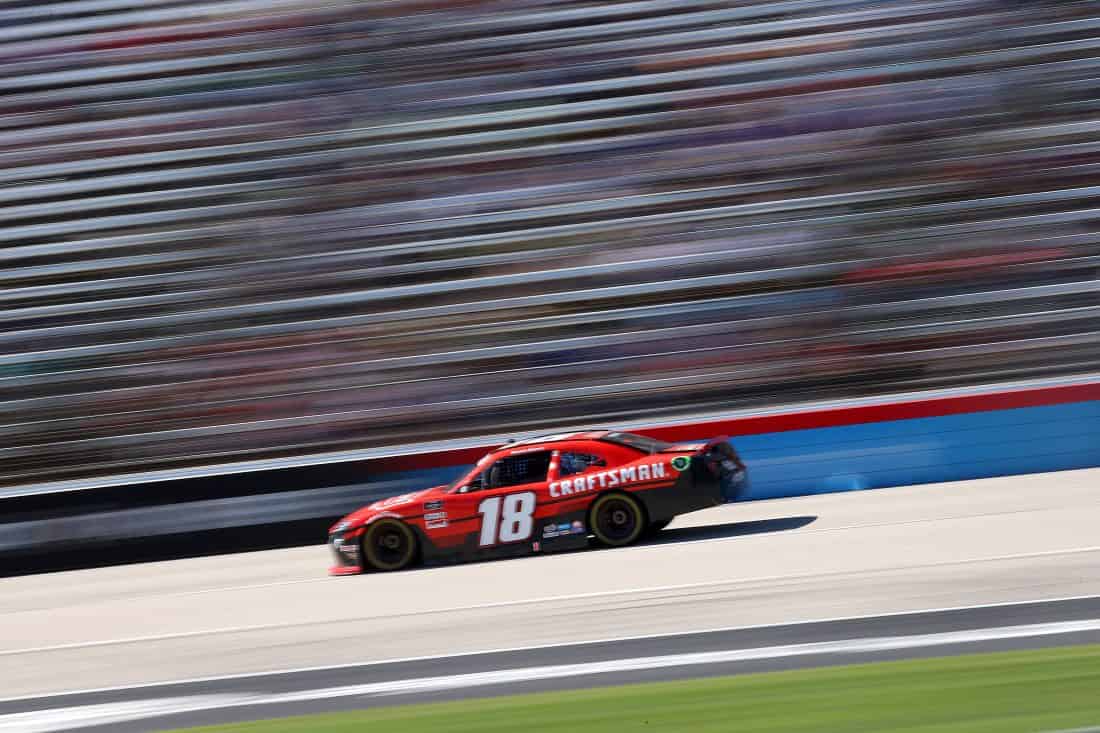 He’ll compete in seven races in the No. 18 car.

Devotion Nutrition will sponsor the effort.

Jason Ratcliff will be the crew chief.

Bayne has 152 NXS starts, earning two wins, 25 top fives and 73 top 10s. His last Xfinity start was in 2016 when he grabbed a fifth place at Watkins Glen International.

The No. 18 team driver lineup is yet to be announced. Last year’s pilot, Xfinity Champion Daniel Hemric, is driving for Kaulig Racing in 2022.

Glad to see Trevor get another shot!