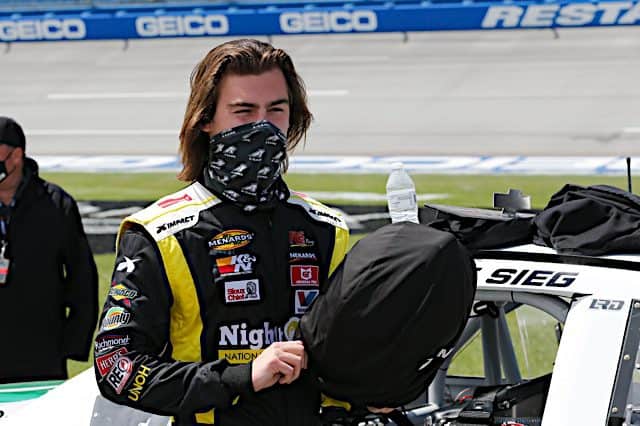 Kyle Sieg will run a part-time schedule for RSS Racing in the NASCAR Xfinity Series in 2022, RSS announced Jan. 20.

Sieg will drive the No. 28, with his first race being at Daytona International Speedway.

Other races for Sieg in 2022 were not announced.

Sieg, the younger brother of longtime Xfinity competitor Ryan Sieg, made his Xfinity debut in 2021, with a best finish of 27th at Phoenix Raceway.

He also started 11 ARCA Menards Series races for the team in 2021, scoring three top fives and eight top 10s, his best a fourth at Phoenix.

RSS has announced a three-car lineup for Daytona, with the Sieg brothers joined by CJ McLaughlin in the No. 38.