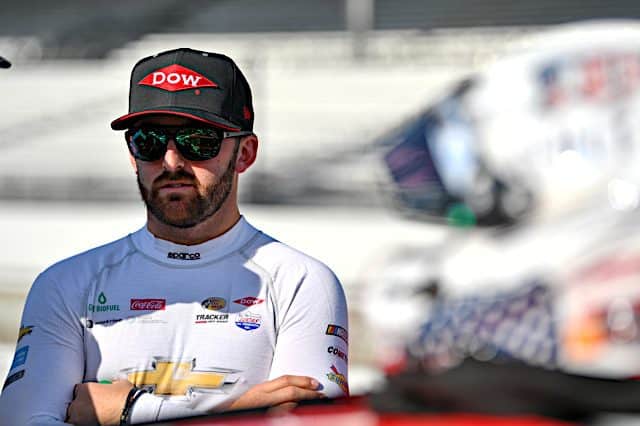 True Velocity will adorn Dillon’s No. 3 in what’s described as a multi-race deal, though only the Clash sponsorship has been revealed at this time.

“Adding True Velocity as a partner is just one example of how we’re thinking about the future of competition and how like-minded companies can benefit from joining forces,” Torrey Galida, RCR president, said in a team release.

“The products and technology True Velocity is developing are truly a paradigm shift in how our nation’s best do their jobs and we’re excited to work with their team of experts on what the applications of composite technology might mean for Next Gen racing.”

Dillon is coming off a 2021 season during which he scored one top five and eight top 10s, finishing 17th in points.

That’s not saying much!

What can we expect from Ty Dillon in the #42 this year !!! I can’t find out how much Ty paid to drive that car.

My name is Austin myself let’s go Austin!!!

Bill B
Reply to  Austinfan3

So if your name was Ricky you’d be a Stenhouse fan?

Let’s Go Jeremy Clements! Hey, at least I finally have an alternative to cheering for Mayfield!

Maybe you should be Big Bill B like in France!