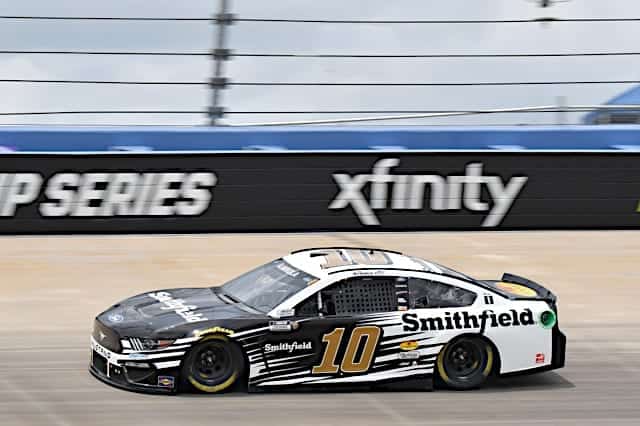 Blickensderfer replaces Mike Bugarewicz, who moves to a performance director role within the team.

“With the Next Gen car being brand new, there will be continuous development on it every time it turns a wheel,” Greg Zipadelli, SHR vp of competition, said in a release. “Going into it, we knew we needed to shore up our resources and really bolster our competitive approach. Buga is the right guy to tackle all the newness that’s coming at us pretty fast. He’s an engineer and he’s also a racer. He will be that glue between simulation, at-track reality, engineering and our race teams, and his laser-like focus in this new role of performance director will be a huge asset to our team.”

Blickensderfer and Almirola previously paired while the duo was at Richard Petty Motorsports. He was most recently at Front Row Motorsports and is the defending Daytona 500-winning crew chief with Michael McDowell.

“Drew has been in the sport a long time and knows how to get the best out of the people around him, and that’s really what the job of crew chief has become,” Zipadelli said. “We have the same parts and pieces, but what we do with those parts and pieces will make the difference. Drew has worked with a lot of drivers and managed a lot of people. He already has a rapport with Aric, and that will make the learning curve in a season full of learning a little less steep.”

SHR’s crew chief lineup for its other three teams remains the same for 2022.

This should be good for everyone. However, as with everything else, only time and the NASCAR thumb on scale will determine how successful they will be.

Drew is good for sure, but not good enough to make a racer out of Aric.