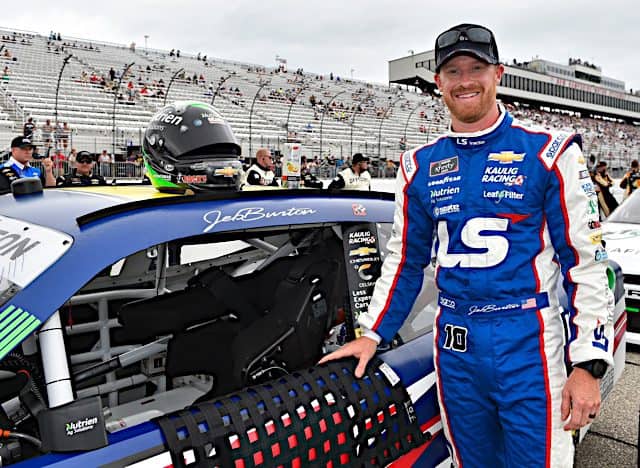 Our Motorsports will expand to three full-time NASCAR Xfinity Series teams in 2022, with Jeb Burton and Anthony Alfredo joining the organization.

Burton and Alfredo join Brett Moffitt, who will return to Our for a third season.

“We are very excited about the plans we have put in place for the 2022 race season,” team owner Chris Our said in a release. “We continue to expand on the foundation built in our first two seasons in the NASCAR Xfinity Series. This combination of experienced drivers and crew members will make Our Motorsports a contender each weekend.”

The numbers for each driver were not announced at press time.

Burton won one race and scored seven top fives and 16 top 10s in the 2021 Xfinity season driving for Kaulig Racing in its No. 10.

Alfredo competed full time in the NASCAR Cup Series last year for Front Row Motorsports, finishing in the top 10 once. He landed two top fives and nine top 10s in 19 Xfinity starts in 2020.

In 2021, Our fielded two full-time cars for the first time, with the No. 02 joined by, initially, the No. 03, though its number was switched to the No. 23 as part of a multi-team partnership for most of the season.

Contenders each weekend ! Looks to me like they aren’t willing to spend much for drivers salaries.