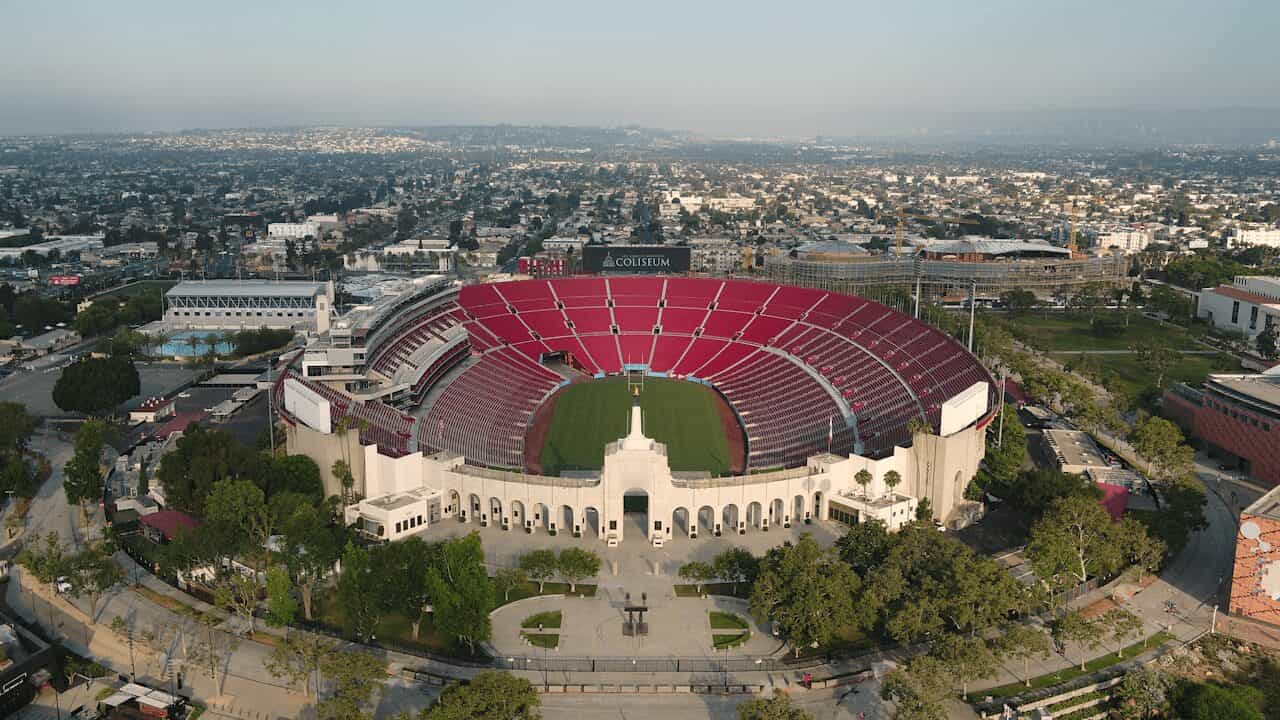 NASCAR revealed the qualifying and race format for the 2022 Busch Light Clash at the Los Angeles Memorial Coliseum Nov. 9.

The 2022 edition of the Clash will feature practice, qualifying, heat races and a last-chance qualifier when the series visits the venue for the first time on Feb. 5, 2022.

“There has already been an enormous amount of buzz around next year’s Busch Light Clash at the Coliseum, and we feel that this race format and the accompanying programming throughout the entire weekend will only build on that already established momentum,” NASCAR svp of strategy and innovation Ben Kennedy said. “The unprecedented nature of this event, coupled with the fact that our sport will be in the spotlight in the middle of downtown Los Angeles, makes this a can’t-miss event when we get our 2022 season underway next February.”

See also
NASCAR Mailbox: L.A. Coliseum Is Cool, But Why Not Bowman Gray?

While the first race of next year’s NASCAR schedule will be open to 40 entries, only 23 drivers will be able to transfer into the main event. Qualifying runs will begin on Saturday, Feb. 5, and will determine the starting positions for the four 25-lap heat races on Sunday, Feb. 6. The top four qualifiers will be on pole for each of the four heat races, with the next four being placed in second, and so on.

Only the top four finishing drivers for each heat will transfer into the main event, with the rest of the fields moving onto one of two 50-lap last chance qualifying races.

The remaining drivers in heats one and three will move onto LCQ one, while those from heats two and four will advance into LCQ two. The top three drivers in each LCQ will be allowed to advance into the main event.

Out of drivers that were unable to advance, the final transfer position will be awarded to the driver that had the highest finishing position in the 2021 NASCAR Cup Series points standings.

And the hype continues. When are they going to come out with the cars that will be there?

When I first heard about it I thought this race in the LA Coliseum was a silly idea. However, now I’m getting intrigued to see how it will turn out. With heat races and last change qualifiers this could be fun to watch. It will also be interesting to see how 23 Cup cars will duke it out on the 1/4-mile track.

Instead of complaining about things that will not affect your enjoyment of the race, how about going in with an open mind and seeing what happens?

The race could be awesome, but that wouldn’t change the fact that it’s idiotic to travel across the country for an exhibition race the week before (arguably) the most prestigious/important race of the season, and then have to track back across the country the week after. I mean aren’t we trying to save the teams money. This trek sure seems wasteful to me.

How dare you apply common sense to a NASCAR endeavor.
BTW, you left out “and then back to California the week after Daytona”.

I’ll watch the race because it’s a long time without a cup race between now and then, but it will probably be goofy and contrived.

I’m expecting rain! For the weekend! Into Tuesday!

The only logical reason would be that NA$CAR believes it make cents and $$$$$$$$.

Kevin in SoCal
Reply to  janice

And most of the posts above yours as well.

I’m with you. Not my problem. Already have tickets

Read this and sigh!

On Saturday, NASCAR Cup Series competitors will take to the track for practice sessions prior to single car qualifying runs to determine the starting order for the four scheduled heat races. The field will be open to 40 entrants.

On Sunday, on-track action will begin at 5 p.m. ET on FOX, with four 25-lap heat races consisting of 10 cars each. Below is a breakdown on how the heat races will be filled out:

The remaining six finishing positions from each heat (24 total cars) that did not advance will continue through to one of two 50-lap Last Chance Qualifying races. Below is a breakdown on how the Last Chance Qualifiers will be filled out:

The final spot in the Busch Light Clash is reserved for the driver who finished the highest in the 2021 points standings who does not transfer on finishing position in the heat races or Last Chance Qualifying races.

All other drivers will be eliminated from competition for the remainder of the event weekend.

It would have hard for them to make it more complicated but they will try.

They expect a limit of 40 cars?

Why bother if your a bottom 16 car ! Is Ben listening to Brian !! I think so.

Obviously the NASCAR “brains” don’t believe in the KISS (keep it simple stupid) principle.
I think I will tune it all out, turn the volume down, put some appropriate music on, and watch the pretty cars go in circles just for the thrill of the season starting the following weekend.

This is just about the dumbest idea that NASCAR has ever come up with.

No, it’s just the progression of continuing dumbest ideas by Nascar.

Not wise to make it a challenge!

Another side to the NA$CAR story line:

I read autoweek’s version of that interview. I guess my idea for paying out $$$ for positions at each stage break in the final event to encourage everyone not in the “championship 4” to race hard wasn’t so far fetched after all.

I guess that’s why Brian stopped including the payout for the events in the results.

I saw that and how can anyone be surprised that the drivers aren’t making as much now. Ratings have been down, attendance has been down, sponsorship has been down, how can wages not go down?

More interesting was the part about he and Knauss’ relationship. Maybe in a few more years he will be will to talk about the cheating…. (but I won’t hold my breathe)… LOL