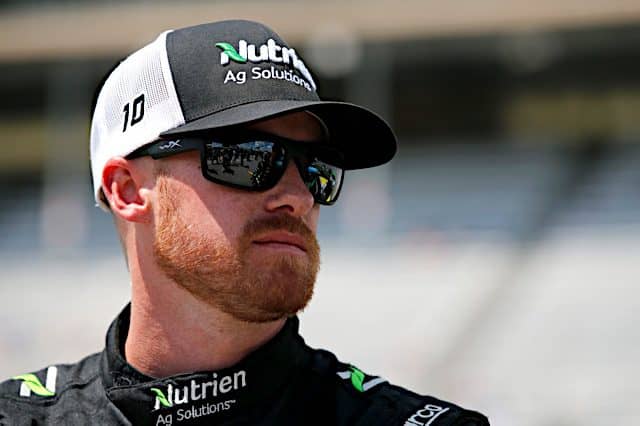 Jeb Burton confirmed to Frontstretch Oct. 11 that he will not be returning to Kaulig Racing’s No. 10 NASCAR Xfinity Series car in 2022.

“I will not be in the [No.] 10 car next year,” Burton said. “I don’t see a path there for that to happen. There’s other people who have funding.”

The news comes less than a month after Nutrien Ag Solutions, Burton’s current primary sponsor, announced it would no longer be with the race team at the conclusion of this year.

“It is what it is,” Burton said. “It’s just frustrating.”

Burton currently doesn’t have a ride lined up for 2022, but he’s currently working on getting one set up.

Burton does have some funding from longtime partners. Burton noted that those partners plus his results this year will lead to him landing a 2022 ride somewhere.

“State Water Heaters has been with me a long time. Years and years and years,” Burton said. “LS Tractors is coming to be one of those partners, too. They’ve been with me since 2019. Rocky Boots, too. There’s a bunch of partners that are stepping up to try to help me. Everybody’s trying to help. They know that it takes funding to get this done. They’re all working together to try to figure it out to try to put me on the racetrack.

“I don’t think I’m done, just not an ideal situation that I’m in right now, thinking you got something and then it kind of gets up in smoke. It’s just one of those things that’s went on in my career over and over and over, so I’m hoping that will come to an end at some point so it doesn’t have to keep happening.”

And just because Burton will no longer be a full-time Xfinity driver for Kaulig doesn’t mean that bridge has been burned.

“They’ve got Cup opportunities and different things,” Burton said. “We’re exploring other ways so that we can still work together. I feel like they know I can do a good job for them, and they want me to still be around.”

The pairing of Burton and Kaulig enjoyed success in its one year together, making the playoffs and winning at Talladega Superspeedway for Burton’s first Xfinity win. He was eliminated from the playoffs after this past weekend’s race at the Charlotte Motor Speedway ROVAL.

See also
Xfinity Breakdown: AJ Allmendinger Makes it a ROVAL Trifecta in Drive for the Cure 250

“I feel like it’s rejuvenated my career,” Burton said. “I really enjoy being at Kaulig Racing. I want to be there. Matt [Kaulig] and Chris [Rice, team president] and all those guys, they do a really good job. … As far as the Xfinity side, I just don’t have the funding to run full time, and that’s what it takes to run.

“So it’s still a business, and that’s just the side of the sport that isn’t fun sometimes.”

I wonder what the price difference is between Hemric and Burton is? They seem to get similar results between the two.

Burton is a better driver than Hemric.

Pretty simple these. You don’t win, you don’t drive.

Think he should try the 1 for Dale Jr since looks Annett is out and Berry has the 8 or surprised Dale hasn’t thought about Matty D in the 1 car? Either one in a better car/team my work out.