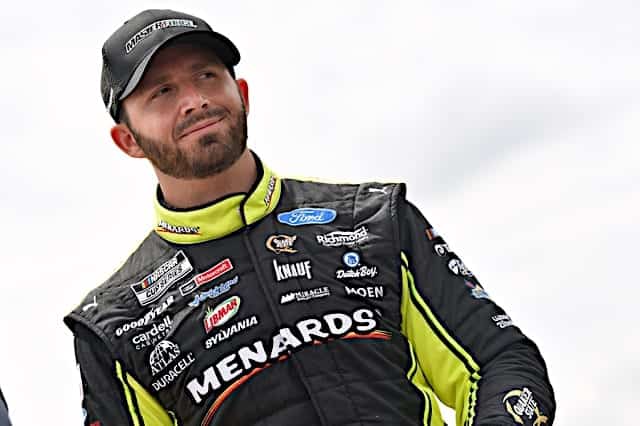 Superspeedways have a lot of luck involved. It doesn’t seem like the best place to determine the playoff field, does it? – Parker L., Las Vegas, Nev.

When the 2020 schedule was announced with Daytona International Speedway as the regular season finale, I was skeptical. Why would you put a race that has so much luck associated with it as the deciding factor to determine the postseason field?

But then I thought … it’s not the deciding factor. It just so happens to be the end of a 26-race stretch that has been an ongoing “deciding factor.” Yes, Daytona is the last chance for anybody not locked in to win their way into the 16-driver playoff field, but the 25 races and seven months before should have been plenty of time for drivers and teams to do what they needed to do.

Daytona is exactly as advertised: a last-chance, wild-card race before the 10 races to close things out.

You’re right, Parker. Superspeedways do inherently have a lot of luck involved. And that’s part of the allure of making Daytona the regular season finale. It makes the 25 races that preceded it all the more important to lock yourself in.

Deadlines spur action though. It’s the last chance for countless drivers to put themselves in a position to get A). a chance at the championship, albeit probably a smaller one, B). increased coverage, C). a hefty bonus and D). win a damn race!

Could you imagine if Bubba Wallace, Matt DiBenedetto, Ryan Preece or Anthony freakin’ Alfredo won on Saturday night, Aug. 28, for the first time in their careers and were in the playoffs? It’s certainly possible. Don’t rule anything out, and also don’t think this race is the be-all and end-all to determine the playoff field. It’s just the last chance.

What do we need to do to get Gateway some adequate power?! That power outage was nuts … – Thomas P., St. Louis, Mo.

And it’s not even the first time it’s happened either! Back in 2010, the Camping World Truck Series race there had to be postponed to the following day due to a power outage.

A fire in Fairmont City took out a transformer. That resulted in a loss of power in the area.

Ameren has a crew here at the track that are making repairs.

With rumblings of World Wide Technology Raceway at Gateway appearing on the NASCAR Cup Series schedule as soon as 2022, this is a problem that needs to get resolved and quickly. Talk about a worst-case scenario: the power goes out for the first ever Cup race at your track … not great.

I get freak accidents happen, and so do mistakes. But once is funky. Twice? There might be something more to the problem there. Now, don’t get me wrong: the power going out isn’t as bad as the track coming apart (hello, Indianapolis Motor Speedway road course turn 6 or the Daytona pothole), weepers (hello, old Atlanta Motor Speedway) or countless other freak deals that have (and will) happen.

But this seems like a preventable problem, especially with the back-up generators and power sources somehow failing. It was kind of funny in the moment, but I can guarantee it won’t be if it happens again for a third time and during the premier race of the weekend.

Since NASCAR watered-down the importance of the points system and gave the “win & in” qualification to the “playoffs”, having the Daytona be the transfer race makes sense.

There is just one “last chance” spot left and there are over a dozen drivers who have a chance to get it. Look for some banzai moves (and many wrecks) as desperadoes like Stenhouse, Newman, Wallace, et. al. try to make their way to the front of this plate race. And with the usual Florida Summer evening thundershowers added to the wrecks, I expect the last GWC to happen well after midnight on the race night.

Good call on the evening thunderstorm. The obvious answer is to make Texas reconfigure to a three-mile superspeedway and be the last race of the regular season and move the 400 back to the morning and early afternoon of July Fourth.

The race should be called “The Hail Mary 400” at Daytona.

James Bondo
Reply to  Bill B

Lol indeed Bill. And realistically, if a so so midpack driver lucks in because of Daytona, they will probably be be the first one back out. Na$car has done they’re damdest to create some excitement. Bless they’re hearts!!

This is going to be great! Assuming you love demolition derbies… The first 3/4 of the race will be typical boring, restrictor plate stuff, but at the end a wreck-fest of desperation will break out! I expect at least 1 red flag, a severed arm, and 3 GWC restarts that will make the last 20 laps take at least 2 hours to complete. I can’t wait!! There is no track that produces more phony baloney “winners” than Daytona, so it’s the perfect venue to set the phony baloney “playoff” field for NASCAR’s gimmickry known as “the chase”. You can smelllllllllll the BS NASCAR is cookin’. WOOO!!!

Who does Nascar want to win Daytona would be a good question !!! Who hands out the plates, who controls the flags and penalties on pit road ! Once again, Nascar isn’t known for its integrity. They can’t control the finish at the crash site, but they can sway the odds.

Those ‘gentlemen drivers’ that are always talking about racing clean won’t be so clean if they’re on the outside looking in.