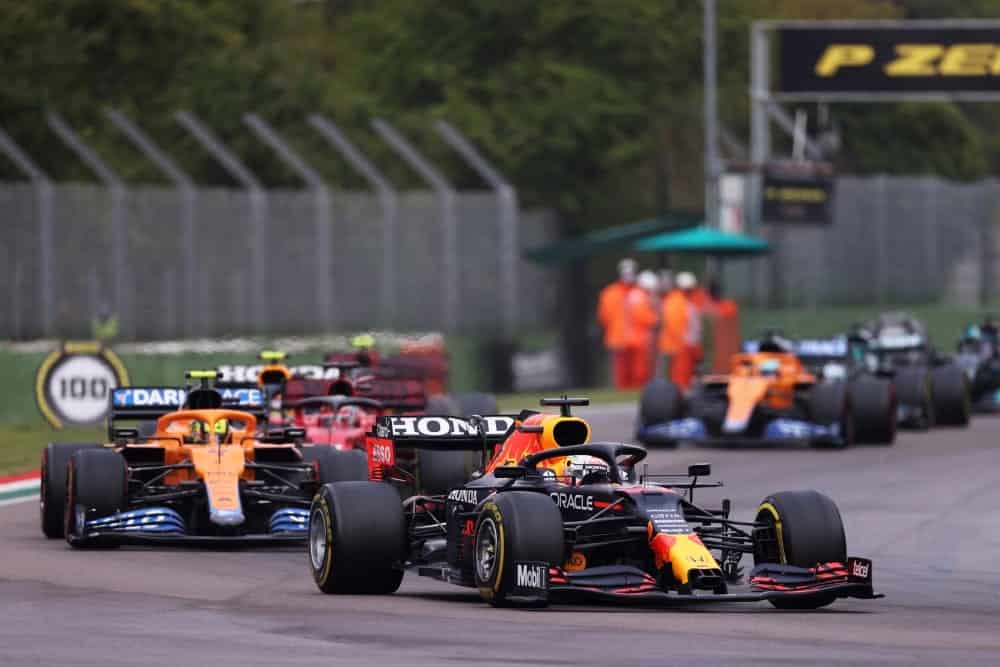 After over 10 days of Red Bull Racing complaining about an incident between Lewis Hamilton and Max Verstappen on lap 1 of the British Grand Prix in Formula 1, this particular situation is finally over.

RBR met with the stewards and Mercedes AMG Petronas F1 Team July 29 to present new evidence in its argument that Hamilton/Mercedes deserved more of a penalty. The stewards rejected this argument and concluded that the evidence it produced was not relevant to the incident.

One of RBR’s new pieces of evidence concerned Hamilton’s race-winning pass on Charles Leclerc in the same corner. This was completely irrelevant to its argument, because while that pass looked similar to the wreck, the reality is that it’s talking about completely different tire and track conditions. And when a crash is as close to being officially deemed a racing incident in which both sides shared blame like Hamilton and Verstappen, those things matter significantly.

Something RBR completely fabricated was a test it performed last week at the Silverstone Circuit with Alex Albon at the wheel of an RB15, and apparently it had him replicate Hamilton’s racing line. Because yes, a two-year-old racecar that Hamilton has never driven before is very relevant to this case. And the stewards agreed with me on that one. You cannot just create evidence. That’s not even how a court works, let alone an FIA hearing.

It’s unknown what verbal arguments Red Bull made at the hearing, but clearly Mercedes is mad about it.

In addition to this, Verstappen reiterated his viewpoint earlier in the day that Hamilton and Mercedes celebrating following the race was in poor form.

This would be correct if Hamilton did not ask immediately after the crash over the team radio if the points leader was all right, and perhaps during the lengthy red flag cleanup had seen replays of Verstappen walk away from the wreck.

The sad thing is that it should be so, so easy to gain sympathy for this driver and this team. Here’s somebody who may finally have Hamilton and Mercedes’ number after years upon years of domination. And yet, here we are.

RBR has killed a lot of good will with its overreaction almost every day since the race. It got a warning sign after the race, where Hamilton had numerous racist social media posts aimed at him to the point where all parties involved made a statement to try to cool the air. But no, Red Bull went on with this dumb test and its complaining that the wreck cost it $1.8 million last week.

With the Mercedes comment, it’s clear that, even if there are no more out-and-out wrecks between the two teams and drivers, there is going to be a lot of bad blood going forward. This is going to be a very interesting fall at the top of the grid after the upcoming summer break.

Does Fernando Alonso still have it?

July 29 marks the 40th birthday of Fernando Alonso, who will be competing in his 322nd grand prix this weekend, tying him with Rubens Barrichello for the second most all time behind Kimi Raikkonen.

Alonso is probably the most underrated driver of his generation. That sounds crazy, considering his two championships. But it’s true; plenty look over him in favor of Hamilton or Sebastian Vettel, and it’s just not fair considering Alonso was in much worse positions in his prime team-wise than either of those drivers.

I don’t know if Alonso is still as great as he was in his prime as far as being an overall driver. But even today, there is no smarter driver on the grid when lights go out. That Alpine has been dragged to some great results this year, and it’s almost entirely thanks to the Spaniard knowing exactly how to get the most out of it.

He's pretty good at these race starts, isn't he? ?@alo_oficial absolutely aces it at lights out in the F1 Sprint #BritishGP ?? #F1 pic.twitter.com/RpA4JnDr1v

Just look at how he got through traffic above. He gets a great start at the line, sees just a cluster in front of him, and instead of trying to go to the inside of the corner, he simply stays where there’s space up top and nabs a bunch of positions by naturally being on the inside of the next corner. The guy is playing chess while most of the midfield is playing checkers.

It’s questionable as to when exactly Alonso’s skills are going to start going away. Raikkonen, just a year older, has definitely taken a step back this season, even knowing that the Alfa Romeos he is driving are pretty awful. But there really hasn’t been a hint of the same with Alonso, even after spending two years away from the series.

If Alpine can make a big jump next year with the brand new regulations coming in place, it could be a really fun 2022 if this guy can stay as competitive as he still is as this level.

Will the sprint format remain next year?

That race Alonso made those moves in, by the way, was the somewhat divisive sprint race at Silverstone, a new format that the FIA is experimenting with this season at a few race weekends.

It seemed like a really fun format. An extra 30- to 40-minute race on Saturday is much better than something like adding another 30 minutes to the main race on Sunday. However, it is a fair point that some have made in the last couple of weeks that qualifying skill is basically negated with this format.

In particular, George Russell qualified seventh, lost two positions in the sprint (with neither he nor the passing cars having any points on the line with the podium as strong as it was), then finished outside of the points the next day in 12th. A good qualifier like Russell, who has next to no actual chance of getting on the podium on Saturday and scoring points, is somewhat unfairly punished by this format.

Would this lead to drivers outside of the points on Saturday taking it easier? Yes, but they already did at Silverstone after the first few laps. Alternatively the FIA could also set some kind of rule akin to the 107% rule that would force the midfield teams to at least pretend to care about the sprint, lest they take a grid penalty for the feature event.

As far as when this format should be used, it should be the standard for every grand prix weekend outside of the final five races of the season (so that the championship isn’t decided on a Saturday) and the Monaco Grand Prix, which would be very dumb due to how that track works.

RBR is certainly going for the gold in ‘sore loser’ category. get over it, move on.

I dont think Mercedes gets any points for their behavior this year either. Constantly trying to get any advantage Red Bull is perceived to have removed by the FIA.
But it is good for entertainment. From both sides.