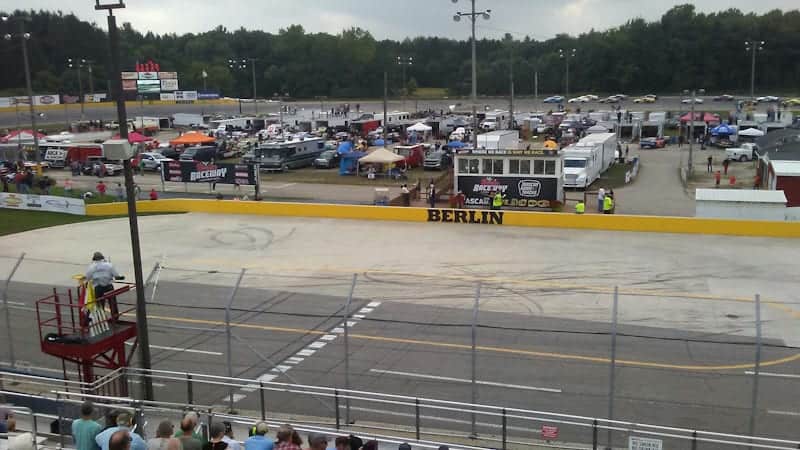 The Zinsser SmartCoat 200 is the 10th race of this 20-race season. Seventeen drivers will compete in this race at the short track in Marne, Mich., so all drivers will make the race.

Taylor Gray returned to the main ARCA competition with a fifth-place finish. He’ll again climb behind the wheel of the No. 17 David Gilliland Racing Ford.

Adam Lemke finished 10th in his main ARCA series debut at Elko and he’s back to drive the No. 30 Rette Jones Racing Ford.

After making two ARCA Menards Series East starts this year, with his best finish of third place at Fairgrounds Speedway, Mason Mingus will drive the No. 11 Fast Track Racing Ford for his first main ARCA series start since the third race of the 2017 season.

After finishing 40th in his NASCAR Camping World Truck Series debut at Knoxville Raceway, Morgan Alexander will make his main ARCA series start with Niece Motorsports in its No. 50 Chevrolet.

Wayne Peterson Racing will field Zachary Tinkle in his main ARCA debut in the No. 06 Ford.

The Zinsser SmartCoat 200 will take place this Saturday, July 17, at 8 p.m. ET with TV coverage provided by MAVTV and available on TrackPass on NBC Sports Gold.

9 cars entered so far? That is not good at all. ARCA needs to do something to get that car count back to al least respectable.

There are 17 drivers entered. I’m not sure where you came up with nine.