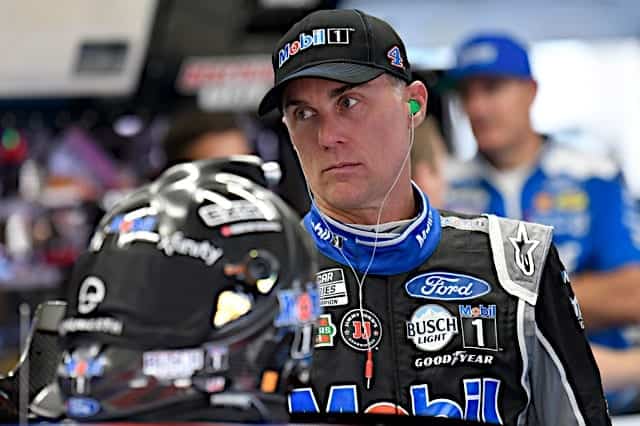 Unibet is part of the Kindred Group, an online betting operator in the United States and international areas.

“We’re proud to represent and work with Unibet to grow its platform, now and in the future,” Brett Frood, SHR president, said in a release. “Fans are the lifeblood of our sport and Unibet offers a new and insightful way for fans to engage with our sport in a meaningful way. We’re looking forward to kicking off our partnership with Unibet this weekend at Pocono where Pennsylvania residents can experience Unibet’s offerings firsthand.”

?New Partner Alert?@UnibetUS has joined the SHR Family. Be on the lookout for this scheme on the No. 4 at @IMS and @MartinsvilleSwy later this year. pic.twitter.com/4Bme1mRMfm

Harvick has five top fives and 12 top 10s in Cup so far this season and sits eighth in the standings.

He ran in one Xfinity race earlier this year at Circuit of the Americas, earning a fourth-place for BJ McLeod Motorsports in the No. 5 car.

Gambling and NASCAR… what could possibly go wrong?