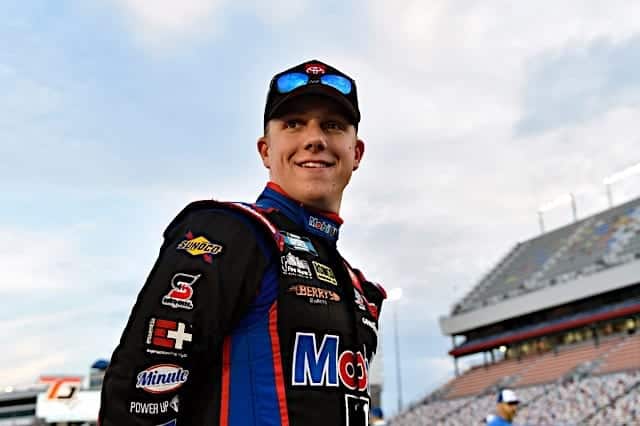 After a week off, the NASCAR Camping World Truck Series takes on Texas Motor Speedway and John Hunter Nemechek will lead the field to green in Saturday’s (June 12) race.

The No. 4 Kyle Busch Motorsports pilot earned the pole position after winning at Charlotte Motor Speedway two weeks ago.

Stewart Friesen will wheel his No. 52 truck from sixth and GMS Racing’s Zane Smith is seventh. Nemechek’s KBM teammate Chandler Smith is eighth, Derek Kraus begins ninth and Drew Dollar completes the top 10 in the lineup.

What exactly is the point of this article if you don’t include the full starting lineup? Of course, jayski has it, as he has all the actual news and data a fan would need.

Perhaps FS would do better to give up on reporting the news, since it seems that’s not the forte of the site. Just keep posting inflammatory columns. That’s what you do best to draw out those who wish to live in their own closed world of white supremacy and racial bigotry.