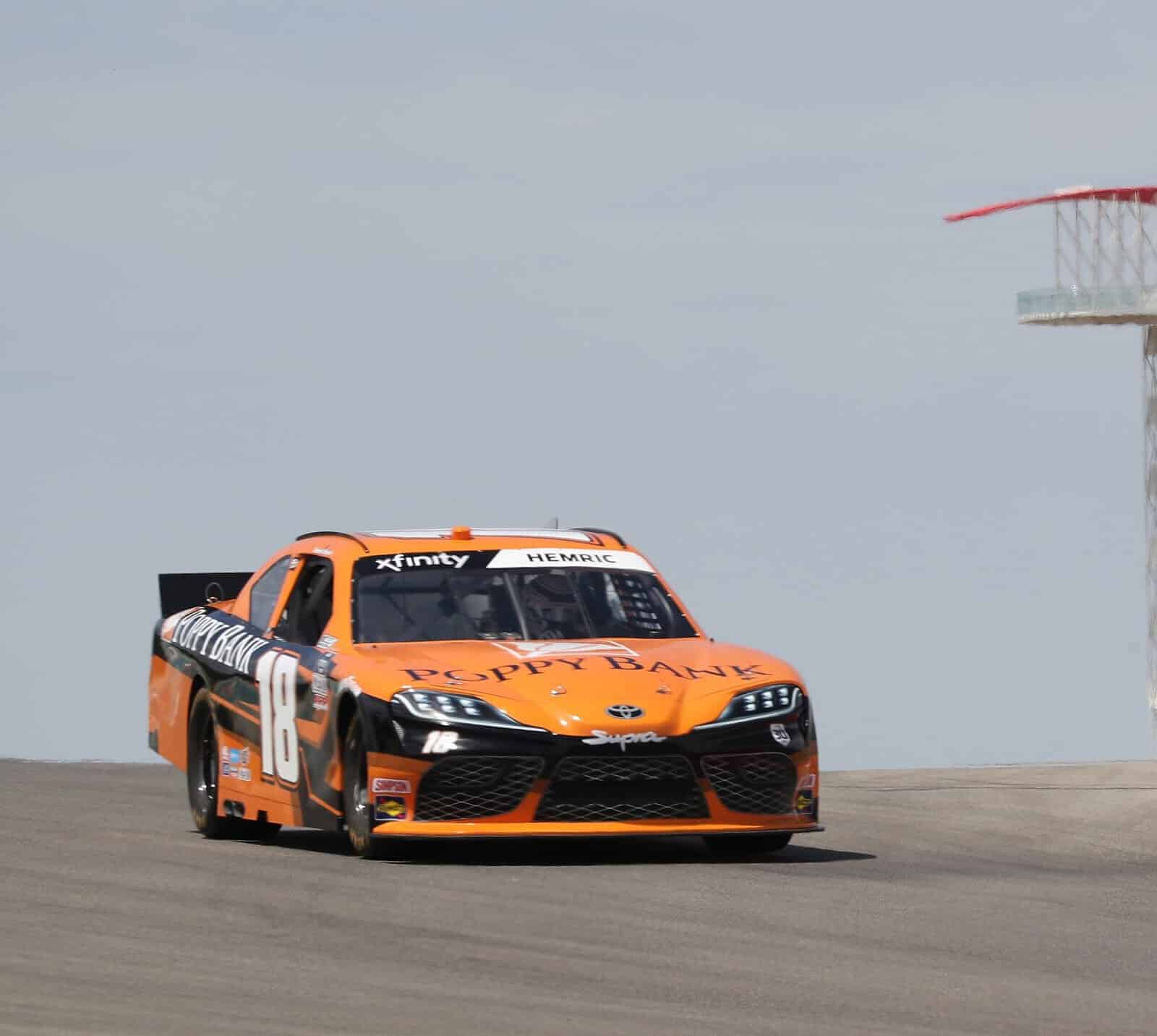 Via Speedway Motorsports and HHP/Harold Hinson)

One word you don’t hear thrown around often in NASCAR is “potpourri.”

But NASCAR has also never competed at the Circuit of the Americas before.

That changes this weekend as all three of its national series will race on the 20-turn, 3.41-mile road course for the first time.

And it has Cup Series crew chief Chris Gabehart using a word like “potpourri” to describe the Austin, Texas, track where NASCAR’s only experience prior to this weekend was a Goodyear tire test in March that included Chase Elliott, Brad Keselowski and Martin Truex Jr., a teammate of Gabehart, who works with Denny Hamlin.

“Fortunately for us, we did have Martin in his group go there and do the tire test,” Gabehart said this week. “So we do have some track experience there as a company, which when you’re dealing with zero, some is better than non by a lot. But in terms of tracks that I think it’s somewhat similar to, Sonoma (Raceway) certainly comes to mind. Though, our series hasn’t been there yet.”

Gabehart has been paired with Hamlin since last year, but NASCAR was forced to cancel the season’s Sonoma race due to the COVID-19 pandemic.

“My experience at maybe Road America (three races in the Xfinity Series) in terms of heavy braking zones or some long straights comes to mind,” Gabehart said. “And tire fall off. So, it’s definitely going to be a potpourri of racetracks, for sure, from what I can tell. But what goes into it for us remains the same. I mean, have a mistake free day and you’re gonna have a good day. But you can’t change the game just because you change the racetrack. It’s all about minimizing mistakes and being there at the end.”

There’s plenty of unknowns about how a NASCAR weekend at COTA will play out.

What teams will have to adapt to includes a 50-minute practice sessions, qualifying and whether cars will be racing on a dry or wet surface.

This weekend marks the first time since March 2020 that NASCAR will hold practice and qualifying on a non-superspeedway/dirt track.

“The schedule itself, in addition to qualifying, practice and a back-up car, there’s some things that used to be second nature to us,” said Dave Rogers, crew chief for Daniel Hemric in the Xfinity Series. “But we’re out of shape, we’re a little rusty here. So having the guys do a little extra work during the week to prepare the back-up car, be ready to get to practice.

“It changes the way we flow through tech, qualifying and trying to lay down a good clean lap the first time, hopefully fast enough to be in the top 12 and not have to make a second run on those tires. Because again, it’s group qualifying. It’s not even single car. So a lot of nuances that are particular to this specific weekend beyond a new venue.”

And drivers may have to put down that fast lap in the elements on wet tires.

There’s an 79% chance of rain Saturday, when Xfinity will qualify and race in addition to the Truck Series race. On Sunday, when Cup qualifies in the morning before racing, there’s a 73% chance of rain.

Should it not rain, Rogers hopes his team can work on details that could help them in six months at a completely different track.

“If it’s raining, and it looks like it’s gonna rain during the race, then that’s just as unique as a dirt race at Bristol,” Rogers said. “If it’s sunshine, then we get to work on some things, even just communication within the group and how effective we are at making the changes, thinking all the way ahead to Phoenix with the championship round (when) we do have a practice session. So how do we make the most of those minutes when it really matters? … So there’s a lot to be gained in a 50 minute practice session.”

On the Cup side, Gabehart pointed to teams being allotted three sets of tires for its lone practice session.

“A lap at COTA is well over two minutes, and you got to leave pit road to get out, and you got to come back to pit road to get in. So you’re talking about to make one timed lap at the start-finish line, you know, almost seven minutes is invested,” Gabehart said. “You can do the math pretty quick and realize we won’t get many runs. So it’s not like you’re going to be able to show up with some exotic setup that you’re really looking to learn something. You’re going to show up ready to race and give Denny the chance that he needs to get acclimated to the racetrack for real, not the virtual version.”