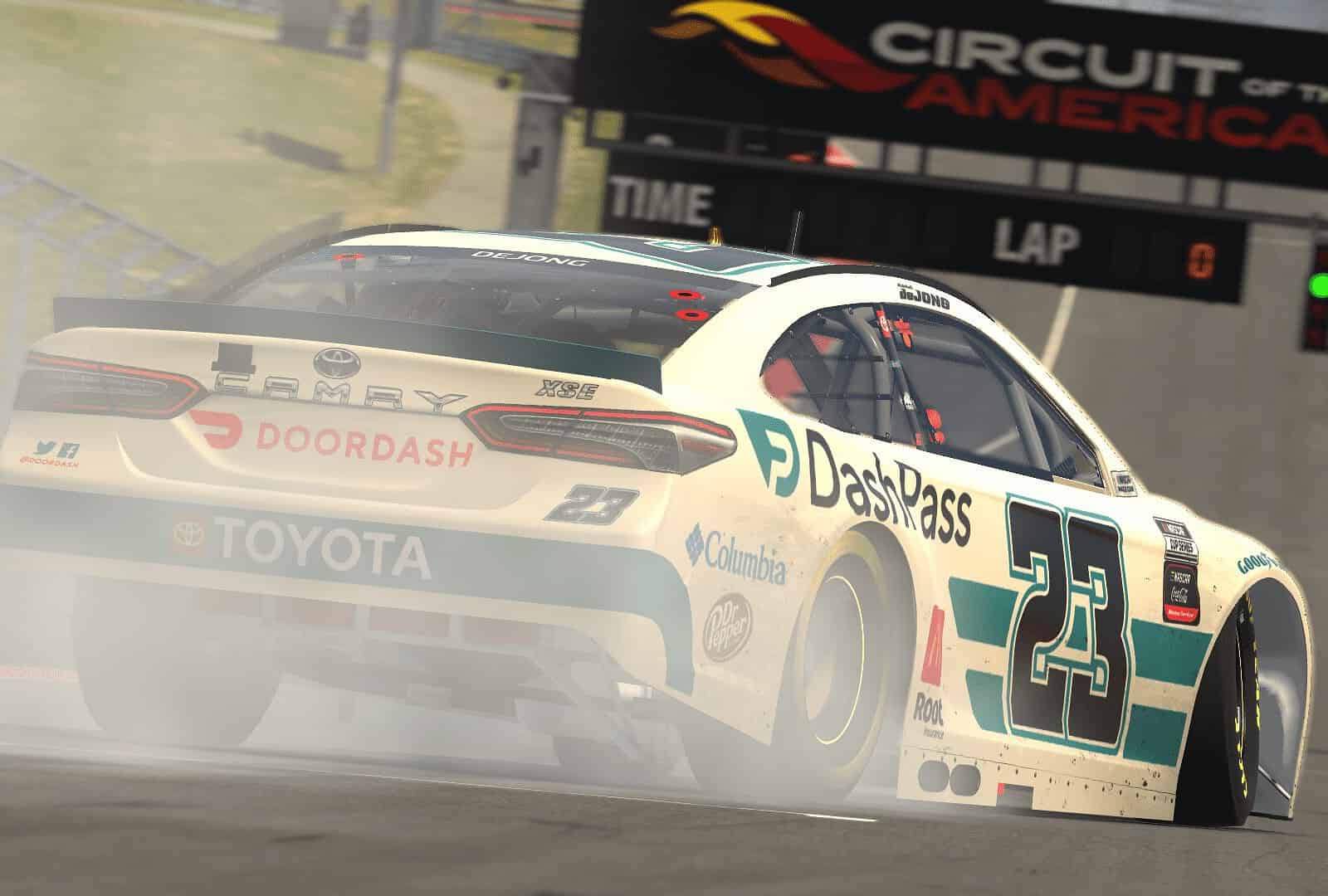 The inaugural eNASCAR Coca Cola iRacing Series event at Circuit of the Americas was held Tuesday night (May 18) for the first road course event of the season. Taking home the win was Mitchell DeJong of 23XI Racing.

“I can’t believe it, Tim [Terry],” DeJong exclaimed following the dominating win. “Knowing you’re going to be fighting with your teammates for the win, it’s tough but it was a really rough few weeks, so this feels so good.”

DeJong was confident about the rest of his season as the playoffs are quickly approaching.

“Hopefully this is the momentum we need,” he said. “Would be nice to get a win on an oval but there is a lot of time left to go to get back into the top 20.”

Zalenski had been so unbeatable that he led every single lap on a road course between 2018 and Tuesday. No one else in the field had been close to his perfection, at least until DeJong came along Tuesday night.

One thing about the event on iRacing compared to real life is the fact that cautions are turned off. Drivers have one chance to keep up, and that is on pure speed. Incidents have been few and far between in the series for the most part, including Tuesday night.

Perhaps the biggest moment in the race was in the first corner when Zalenski was spun by Nick Ottinger, creating an absolute mess throughout the field. Zalenski would fall to 12th and had to recover the rest of the race.

Not too much would take place as the field quickly got spread out. Pit stops began with 20 laps to go, and it would all cycle around to DeJong retaking the lead.

The only true incident that took place would be when Keegan Leahy slid into the tire barrier with 19 to go after a pit stop. He would lose his chance at a potential top five finish after this, but he hung onto a solid top 10.

Zalenski ultimately had too much damage for him to overcome the first corner obstacle. Still, he came back to finish inside the top five, despite the calamity on lap 1.

Two of the great performances came from Jimmy Mullis, who finished second, and Graham Bowlin, who was third. Both got their best results of 2021 so far.

The next race for the series will be May 25 at the virtual Charlotte Motor Speedway. Coverage begins at 9 p.m. ET on Twitch.tv/iRacing or eNASCAR.com