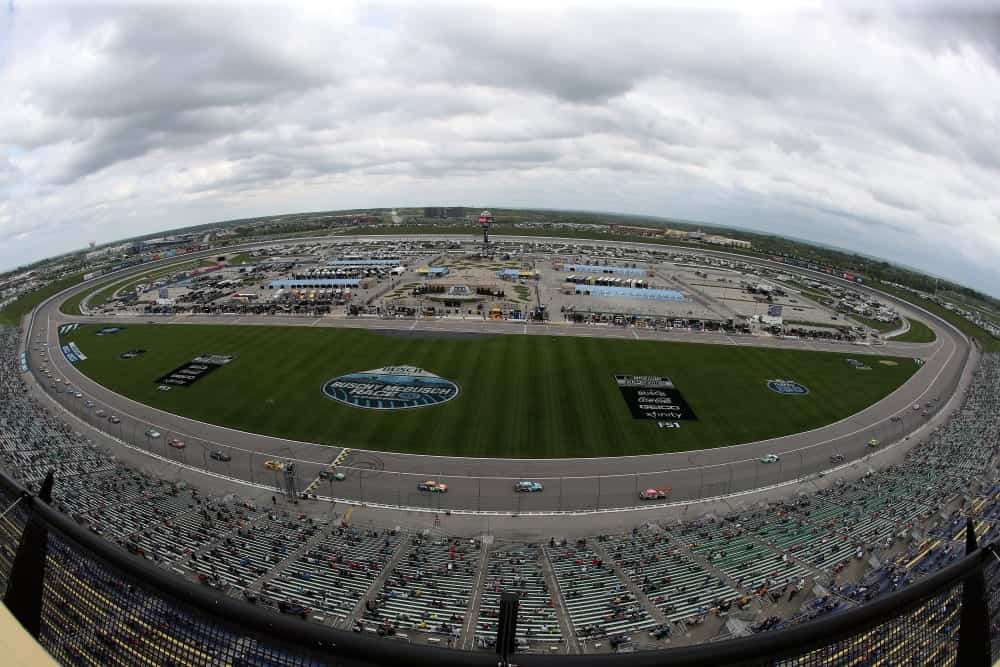 Does NASCAR legitimately think they did the right thing by throwing the yellow for that tire sitting on the edge of the infield? What a joke. — Louis K., Reno, Nevada

Full disclosure: I was with you, Louis, as it was going down. I thought it was blatant race manipulation and so infuriating to let the tire sit there for 15 laps before then displaying the yellow flag.

Because it was just as dangerous 15 laps before they deemed it caution-worthy as it was when they actually threw the caution.

But, after hearing from countless drivers post-race on the call that likely changed the complexion of the race, my feelings changed a bit.

“Everybody getting into their pit stops and everything kind of cycling back through and getting back to zero is a good call,” Kyle Busch said post-race. “I would go with that all day long.”

One would assume he’s happy with the call since it gave him a better shot to win, which he ultimately did, but he wasn’t the only one with that thought.

His crew chief, Ben Beshore, concurred with his driver, saying he was “happy with the call” and “what they did was right […] I was expecting them to keep it out until fully cycled, especially with only a handful of laps left.”

Matt DiBenedetto: “It was nothing unsafe or anything, so I was totally fine with it. NASCAR does a good job of not trying to impede on the races and do anything that jumbles it up unnecessarily, so (I’m) thankful for that.”

When asked about the situation, runner-up Kevin Harvick and Kyle Larson (who led the most laps) didn’t comment because they were unaware of the specifics of the situation.

…So, if seemingly most drivers agree with the call (besides maybe Chris Buescher, who was the lone wolf that stayed out), does that still make it the right call? I don’t know.

A few years ago at Atlanta Motor Speedway, a similar situation occurred, but a crew member ran out to retrieve the tire and subsequently received a four-race suspension for doing so. Anybody going out under green flag conditions and grabbing the tire is out of the question for safety.

NASCAR has made their bed (before Sunday but now to the Nth degree), and they’ll lay in it moving forward. Unless the tire becomes a real safety hazard (gets on the racing surface, could be hit easily), they’ll likely wait to throw the yellow until pit cycles are done and then retrieve it.

In the moment, I thought it was the wrong call. But after reflecting and hearing from those that were actually in the race itself, I’ve come around and think it was a fine call. Not necessarily the right one, but a justifiable one given the circumstances and past decisions.

The Busch Brothers relationship has done a complete 180 from a few years ago. That’s pretty cool to see isn’t it? – Kara B., Tacoma, Washington

I’m so glad someone brought this up this week. Kurt Busch‘s theatrics at the airport while waiting for his little brother Kyle to get back from celebrating the win was nothing short of hilarious.

I hired a mariachi band to surprise @KyleBusch at the airport for his birthday. Will also be a victory party! Stay tuned… pic.twitter.com/lIExhHCnap

C’mon: even if you hate the Busch Brothers, you gotta admit this is pretty damn funny.

And it’s a gigantic change from their relationship prior. Remember the All-Star Race in 2007 when they wrecked each other and didn’t speak for months until their grandma demanded they make up over Thanksgiving dinner?

That’s how the story goes, at least. And it’s a damn good one.

These brothers are the ultimate competitors in every sense of the word. Kyle hasn’t even reached his statistical peak, and he’s almost got 60 wins in the NASCAR Cup Series with two championships. Kurt has one title to his name and is riding off into the sunset of NASCAR before likely turning his attention to different forms of racing.

But given what their past relationship was, on and off the track, it’s heartwarming to see the two having this fun, brotherly love type relationship and reveling in each other’s success. Their families regularly hang out together, wives Ashley and Samantha seem to be good friends and Kurt has had a hand in Kyle’s son Brexton’s start in racing at Millbridge Speedway.

The Busch Brothers will be in the NASCAR Hall of Fame together some day, no question. But their relationship and turnaround of what it once was should also be celebrated. It’s just nice to see and fun to watch play out.

Good one Kurt. It IS good to see them getting along well.