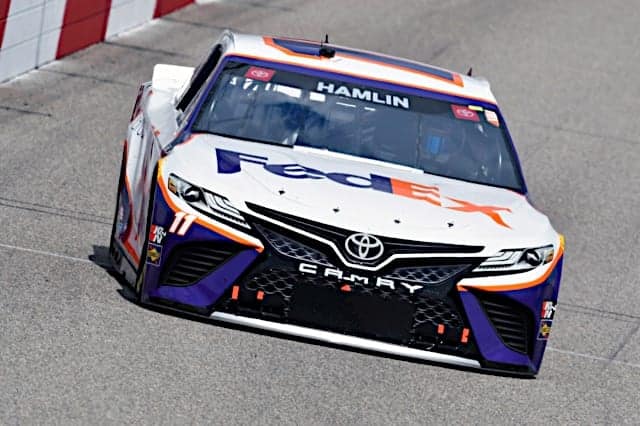 The No. 11 Joe Gibbs Racing Toyota driver claimed the pole after finishing runner up last week at Richmond Raceway.

Team Penske’s Joey Logano will line up alongside Hamlin on the front row, while Hamlin’s teammate Martin Truex Jr. slots in third. Hendrick Motorsports cohorts William Byron and Alex Bowman round out the top-five starters.

Why isn’t Bowen on the front row?

Nah, he’s whacking them all he says. He even said he’d rather be where he is than any of the right winners this year. Alex told him, “it’s just air Denny”

Beavis and Butthead did a lot of whacking too.

Can’t they come up with a better way to get pole winners/starting lineup than this stupid as**d way?

That’s a rhetorical question and past history says the answer is a definite NO!