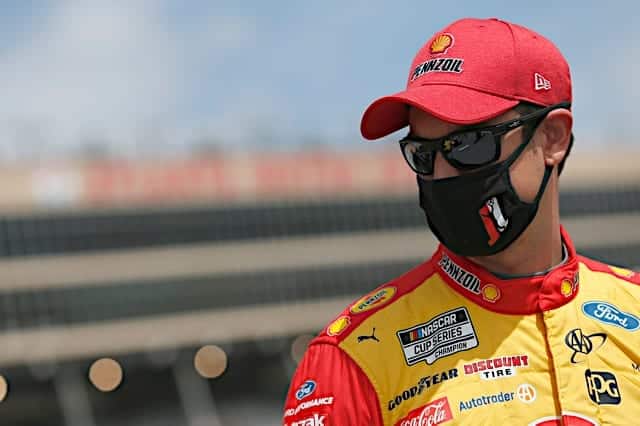 After a week off, the NASCAR Cup Series heads to Martinsville Speedway for some short track racing under the lights.

Joey Logano, who won on the dirt at Bristol Motor Speedway, will lead the field to green.

Denny Hamlin joins him on the front row, while William Byron and Ryan Blaney make up the second row. Chase Elliott starts behind his Hendrick Motorsports teammate in fifth.

Four weighted performance metrics categories were combined to set the lineup: driver’s and car owner’s finishing position from the previous race (25% each), rank in team owner’s points (35%) and fastest lap from previous race (15%).

End this farce and let them qualify. Please

Agree 100%. I can’t believe that FOX isn’t pushing NASCAR to return to normal qualifying. That is lost advertising revenue. It may save the teams some money but it is costing the network more, and who do you think matters most? They should also start having a 1 hour practice and get rid of the race altering competition caution every week ASAP.

NASCAR should be making plans for what the post-covid normal will be. I am pretty sure we are within 60 days of most people having access to the vaccine.

Jo
Reply to  Bill B

What lost revenue? How many people actually watch qualifying? Seems to me it’s a big cost-saving for both the race teams and the TV networks. And it doesn’t seem to have greatly altered race results either. Even cars forced to the back by the algorithm for setting the field or by inspection failures generally find their way to the front quickly.

So the commercials they run during practice and qualifying are free?