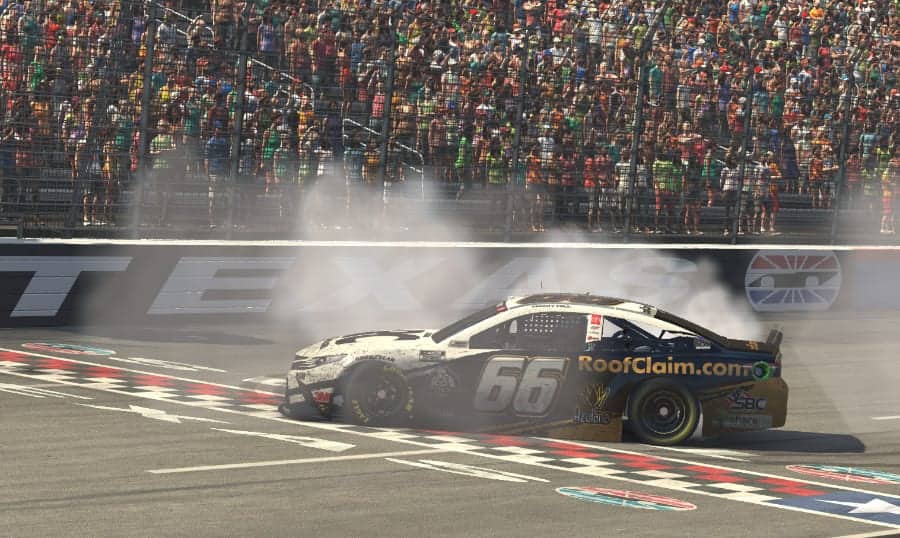 Timmy Hill will race in the eNASCAR iRacing Pro Invitational Series at the Bristol Motor Speedway dirt track after all, subbing for Austin Cindric in Team Penske’s No. 2 car, Hill tweeted March 24.

Cindric, who was taking the place of Brad Keselowski in the event, suggested in a tweet early Wednesday morning that Hill should compete in his stead.

Alright I’m in! I appreciate everyone’s support over the last 24 hours. All my fans out there put up the good fight! Looking forward to slinging some virtual mud tonight. Thanks MBM & Team Penske for allowing me to do this. https://t.co/Lii9i7qTFj

The firestorm of tweets that trended on Twitter with the hashtag #LetTimmyRace began Tuesday after NASCAR released the entry list for the online event. Hill noted that he wasn’t invited and later spoke with Frontstretch about what this series meant for him and his team.

“We try to package our real life racing to the Pro Invitational,” Hill told Frontstretch. “We kind of really leveraged [that to sponsors], because we try to really package it all together.”

Hill said MBM Motorsports was expected to decrease their NASCAR Cup Series events on the schedule due to his team not receiving any response from NASCAR.

“Really, we had a lot of people who had interest in [sponsorship],” Hill said. “We kind of had to put it on hold, because we told them that we’ve really been left out of the loop on this deal, nobody [from NASCAR] will respond to us.

“I guess the reason is because they knew all along that they didn’t either want us in the series or knew that they weren’t gonna have us. Communication was really not there. It seems to be a common theme that we just kind of get left out.”

But now Hill will race the No. 2 Discount Tire Ford.

The people have spoken.

I have new respect for Austin Cindric. Go Timmy!