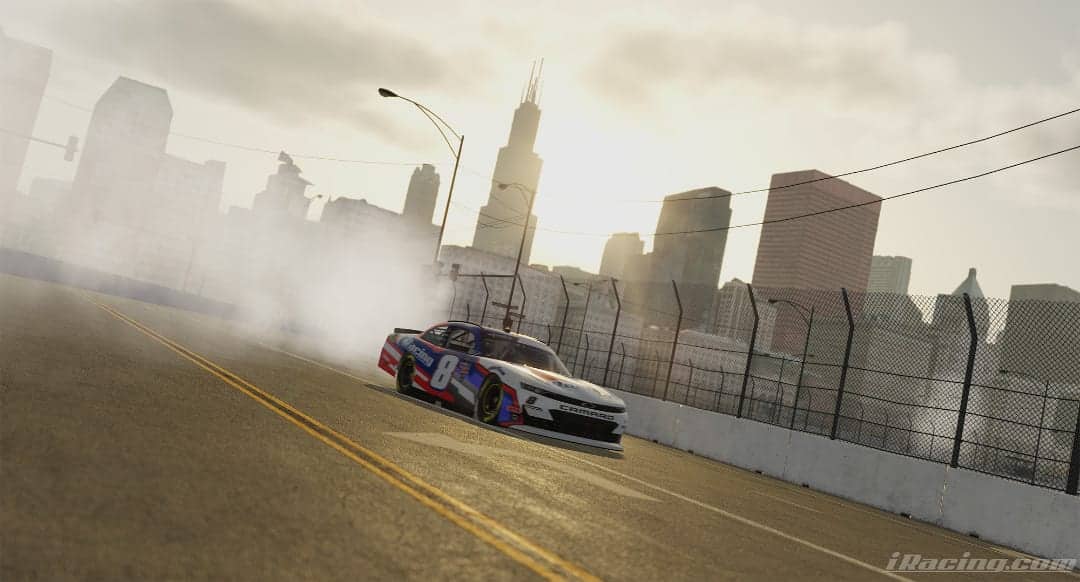 A new street course based in Chicago, Ill. is coming to iRacing and the eNASCAR Pro Invitational Series, NASCAR announced Wednesday, March 24.

The Chicago Street Circuit, set in the Chicago Loop, will debut later this spring and host the league on June 2.

The current configuration is about 2.2 miles long. Several groups, including NASCAR officials, iRacing and the City of Chicago, came together last fall to scan the streets and surroundings.

“Certainly something new to us. I think the big things are really creating a good racing product for our fans at the end of the day, so wide streets, good corners and unique characteristics to the track, too,” Kennedy says, noting the natural chicane that Congress Plaza Drive creates and the circuit’s dogleg near Lake Michigan’s shore.

“I think that’s what led us to it and then compile that onto just the iconic location of it, right along Lake Michigan. You have the Chicago skyline in the background and then the middle of Grant Park. Such a unique opportunity and it will be really neat to see it all come together in the virtual world.”

Though it’s currently virtual only, there could be a real-life race on the course in the future, according to Bob Pockrass. However, NASCAR’s VP, strategic initiatives, Ben Kennedy said “Still a ton of work to do on the 2022 schedule. It will be a while before we start announcing anything there. We are in the preliminary stages of that, but more to come sometime this summer.”

NASCAR previously raced in real life at Chicagoland Speedway from 2001-2019.