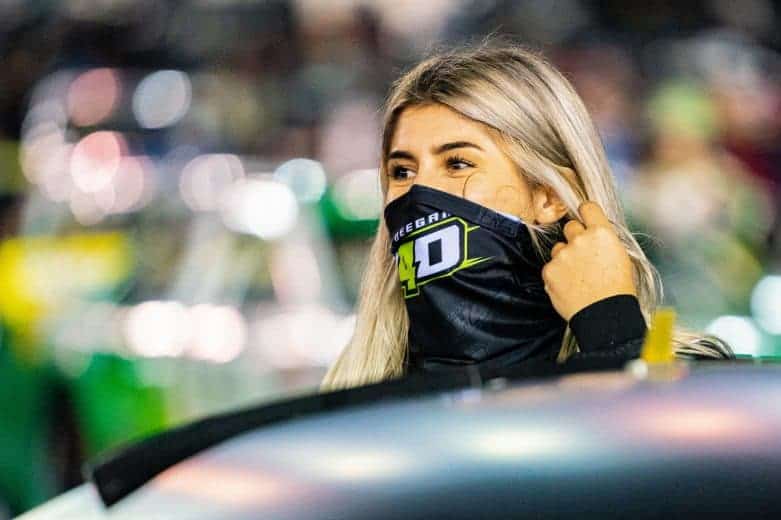 NASCAR will require Hailie Deegan to undergo sensitivity training before the 2021 season, it announced Jan. 11.

The news comes after Deegan was shown to have used a derogatory term referencing those with intellectual disabilities on a Twitch stream over the weekend.

Deegan apologized for using the term on Jan. 10 in a tweet.

“Earlier tonight I used an insensitive word during an online race being broadcast on Twitch,” she wrote. “It was inappropriate slang and a stupid thing to do. I apologize to everyone who was offended by it.  There’s no excuse for it, and I know I have to do better for my sponsors and my fans.”

Deegan is set to compete in her rookie season in the NASCAR Camping World Truck Series in 2021 after making her debut in a race last year. She’ll drive for David Gilliland Racing.

The girl is a twit. Where have you gone Janet Guthrie? ?

It has gotten to the point that the only course of action a person can take is just to never say anything to anyone in public. There are people out there just looking for something to get offended over.

Seriously – a vow of silence is the only safe way to go. Most pro drivers that race online are smart enough to stay silent – both voice and IM – no matter what people say or do to them during the race. It’s tough for her though as she attracts a lot of attention when she shows up.

This young lady is a diversity pawn. Pretty sure we won’t remember Hallie in 5 years.