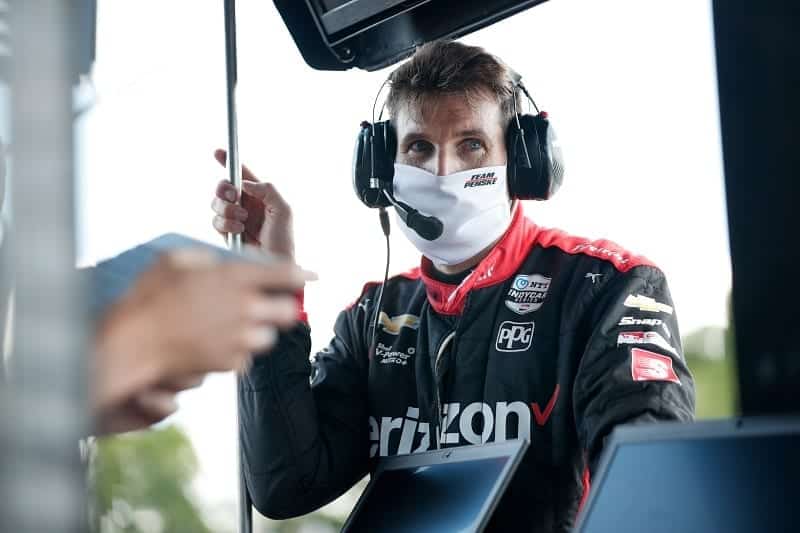 The NTT IndyCar Series’s 2020 REV Group Grand Prix weekend (July 11-12) seemed to have been designed for the Chip Ganassi Racing team. Some other organizations, though, caught the bad luck bug. In this edition of Backmarker Blues, we take a look at the IndyCar drivers who had a chronically difficult weekend at Road America—and how they can rebound for next weekend’s doubleheader at Iowa Speedway.

All four Andretti Autosport drivers have just been having an all-around challenging season and the 2020 REV Group Grand Prix race weekend perpetuated that. Alexander Rossi‘s chronic bad luck carried into the first race at Road America when he took an off-track ride through a styrofoam advertisement. While he finished third in the following race, Rossi had to fight hard just to secure a little bit of momentum.

Ryan-Hunter Reay had a tough outing, too. Despite running near the front during Race 1, he never quite managed to secure the lead and finished fourth. Then in the next race, he was taken out by Will Power on the first lap.

Zach Veach and Marco Andretti have both been quiet near the rear of the grid. Despite a strong start to Veach’s year at Texas Motor Speedway, the youngest Andretti Autosport driver finished 16th in both Road America races. Andretti only finished the second race of the weekend—and he did so back in 19th.

It’s not a great look for a team that’s normally fairly dominant. The whole team really needs to sit down and compare notes to understand why it’s been so hard to get two of its cars into the top 10 at the same time. It might be time for some procedural changes.

Fourth time’s a charm. Big thanks to the 27 guys & @hondaracing_hpd for all the hard work & hanging in there through the weirdness. Onward to Iowa. #drivepink #allandretti #poweredbyhonda #indycar pic.twitter.com/SykTpW5rRc

Despite his second place finish in the first race, Will Power’s name was on everyone’s lips by the end of the weekend—and not in a good way. A poor pit stop cost him the lead of the first race, leaving Power following Scott Dixon for the rest of the event.

Then at the start of the second race, multiple people accused the Australian of reckless driving. On the first lap, Power took two other cars out of contention. Then he managed to spin himself. While he rallied to finish 11th, he did so with a hot head and a lot of frustration that ultimately cost him a more successful weekend.

Emotions fly high in a sport as tense as IndyCar, but Power needs to keep his head on straight if he wants to improve this season. Daredevil moves that make enemies of much of the grid are not the way to a championship.

Man, just a rough day for us. Got a podium yesterday, but it just didn't work out today.

The No. 20 Ed Carpenter Racing machine never quite got a fair shot at competing at the 2020 REV Group Grand Prix since Conor Daly was taken out of contention in both races. On Saturday, contact with Patricio O’Ward sent Daly’s car into the retainer wall, leaving him with a sore shoulder and a car in pieces.

The team put in a long night to get the No. 20 back out on track Sunday only for Daly to be crashed into again, this time losing his front wing in the first-lap scuffle. He completed the second race a lap down in 18th.

It’s hard to place much of the blame on Daly in either of those crashes, but it’s not the precedent he wants to set during his first full-time IndyCar season since 2017. That said, he may want to focus on improving his qualifying efforts in order to keep him out of the early race carnage, and to learn a little more about the driving style of his newer competitors like O’Ward.

About @PatricioOWard I will always respect the leaders on track, I let him by on my out lap. Our car was fast on reds at the end and I had an opportunity to un-lap myself to keep us in the race. So I did, on a straight, and pulled away. We gained 2 more spots because of it. ?‍♂️

Graham Rahal‘s No. 15 has looked incredibly quick, but circumstances just haven’t allowed him to really flex his muscles. Rahal led two laps of Race 1 at the 2020 REV Group Grand Prix, and promised to be part of the battle for the win but then he suffered a fuel problem on his next pit stop and lost everything. He ultimately finished seventh, nine seconds behind the winner.

Rahal never had a chance for redemption the following day either—he was one of the drivers Power took out on the first lap of the second race.

The little things add up, and there’s no room for mistakes in a shortened season. Rahal and his team have a lot of work to do to ensure that they smooth out all the pit stop kinks if they’re going to secure a win in the 2020 IndyCar season. They obviously can’t do anything about being hit by other cars, so they’ll want to tighten up their operation as much as possible.

Unfortunately it was a short race for @GrahamRahal after being hit on the opening lap.