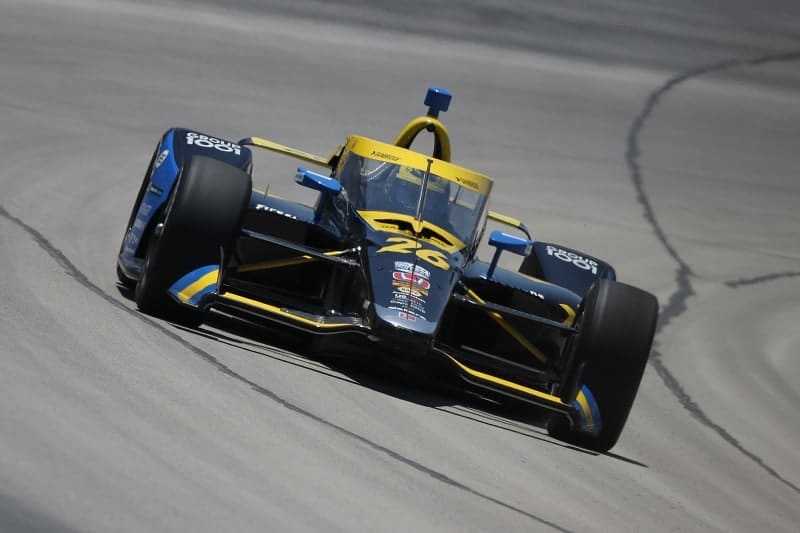 After a very difficult NTT IndyCar season in 2019, anything will be an improvement for Andretti Autosport’s Zach Veach. But 2020 already looks promising – Veach secured his best-ever IndyCar finish at the season opener at Texas Motor Speedway, which could be the motivation he needs to ride into his best season yet.

Veach made no significant changes for 2020, but he does credit his career best finish at Texas Motor Speedway earlier this month as the result of a new mindset: “[The team] went into it with the mindset of having fun and enjoying the process of going out there and making a quick race car.”

Today was a good day. Brought the @gainbridgelife car home P4. So close to a podium… Can’t thank my crew enough, they were awesome today. pic.twitter.com/cfV0RyTep6

After a tough 2019, a shortened 2020 season may be just the thing Zach Veach needs to give him a morale boost. Several tracks that he really struggled at, like Circuit of the Americas and Long Beach, are off the schedule. He has two races at Iowa Speedway, which saw his best finish last season. And that Iowa double-header takes place relatively early on in the season, which could enable Veach to really ride his TMS momentum into the latter half of the season.

The very best thing for Veach right now, though, is the fact that he’s started off the season with an impressive race. His first two full-time seasons in IndyCar saw opening results of 16th and 14th, and ithistorically hasn’t been until July that he starts coming into his own. At that point, it’s too late to mount a significant championship charge—over half of the races have come and gone. This year, though, he’s starting off on the right foot, with many of his strongest tracks yet to come.

Veach’s biggest enemy could very well be himself. In the past, it has almost seemed as if he falls into a self-perpetuating spiral of negativity, where one poor race result leads to another and where a promising late-season run finally snaps him out of his slump. That kind of mindset is the antithesis of motorsport, which requires confidence in spades. Starting off the season on a high may be the very best thing Veach could have done, but he’ll have a lot of work to do later in the season if a less impressive result comes to the fore.

The odds are stacked against him. At Andretti Autosport, paired with teammates who have made massive names for themselves in IndyCar, Veach is going to need to do a lot of convincing to remind the team why they signed him. His contract is about to come due at the end of the season, and he’ll have to beat the odds to convince Andretti to retain him.

It would be pretty tough for Zach Veach to have a worse year than 2019, but I see 2020 as holding a big leap of performance for him. He appears to have taken last year’s struggles in stride, learned from them and used those lessons to come back even stronger in 2020. This year is going to see Veach’s first podium in and amongst plenty of top-10 drives, with Iowa Speedway—the location of his best finish last year—looking especially promising.