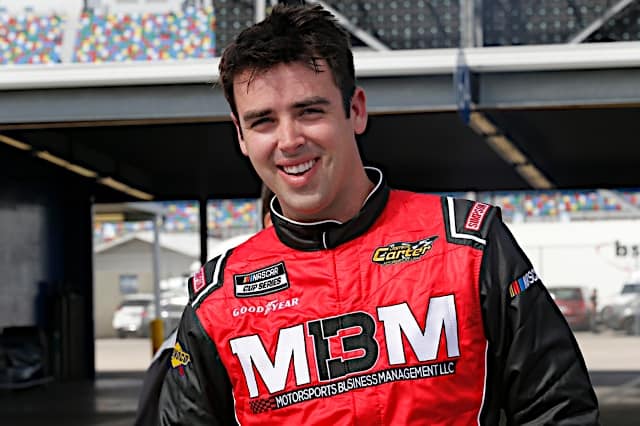 1. With nearly two months since the last race, do you think it will make drivers more aggressive, or will they tread lightly this weekend?

Bryan Gable: Most drivers are going to be cautious in the short term.  Not only have they been away from the racetrack for two months, but the procedures in place for Darlington Raceway are also going to feel very different from what the drivers experience on a normal race weekend.  Until NASCAR has a few post-quarantine races under its belt, drivers will be proceeding carefully on and off the track.

Adam Cheek: Treading lightly, for sure. Some drivers have spent these last two months in simulation rigs to keep them on their toes, so to speak, but getting back in a real car is another thing altogether. No one wants to cause an accident in their first race back or make someone mad one race into the season’s resumption.

Joy Tomlinson: Some drivers are already generally aggressive. They probably will be more calm in the beginning of the race but more aggressive toward the end. Darlington is already a tough enough track and can put stripes on cars.

Mark Kristl: Drivers will be cautious at the beginning of the race until the competition caution. By that point, drivers will know how their cars are acting and their teams will make adjustments. Once the restart occurs, drivers will race as per usual.

2. Do you see Matt Kenseth making the Cup playoffs?

Kristl: Yes. With the way the Darlington lineup will be set, Matt Kenseth will start no worse than 12th in the first race back. As I noted in this 2-Headed Monster article, he is not rusty. Factor in veteran teammate Kurt Busch, and Kenseth will win a race this year.

Caldwell: Tough one here. Kenseth is an extremely talented driver, but I am worried that he was put into a really tough situation. Can I wait until next week to answer this? No? Then I am going to take a shot and say no. He has to win to get into the playoffs, and that’s a lot to ask a guy under these circumstances.

Tomlinson: Maybe. He certainly has a car that’s capable of winning, but it will be very difficult to do. He is a veteran, though, so maybe his experience will help him compete and win races. These first few races back will be interesting to see how he adjusts to the car and the team.

Cheek: I can. Kenseth’s in a good place — solid equipment, a good team and plenty of time — still only four races into the season, barring a shortening of the schedule, when racing comes back. It might take him a few weeks to get settled in, but I could certainly see him sneaking a win and competing in the playoffs.

Gable: Kenseth will be among the playoff drivers this season.  He may have been out of the car for a year and a half, but once he gets accustomed to competing with Chip Ganassi Racing, his talent and experience will carry him to good finishes.  It may take a win to secure a playoff spot, but victories are still within Kenseth’s reach.  Throughout his career, he has demonstrated the ability to run consistently well and reach the postseason even with the odds against him.  It won’t be an easy ride, but Kenseth will get back to the playoffs once more.

3. Drivers like Garrett Smithley and Timmy Hill had a bit of success on iRacing during the hiatus. Will it help them in any aspect going forward?

Tomlinson: It might not help Garrett Smithley as much unless he can compete in a better ride. RoofClaim.com is providing MBM Motorsports resources that will help it and Timmy Hill’s Gander RV & Outdoors Truck Series team be more competitive. Both drivers are very talented, so they could eventually get the opportunity to race in good equipment and eventually win. Hill has the better chance of the two, since he won one of the Pro Invitational Series events.

Cheek: No, if nothing else because of equipment. Skill-wise, it definitely will, but iRacing puts everyone on equal footing during races; anyone can win those virtual races. So when racing resumes, everything will more or less go back to the way it was regarding how certain drivers run.

Gable: I doubt that iRacing success will help either of them that much.  Before the pandemic, most people in the sport already knew who the best virtual racers were.  Hill and Smithley may be in that top tier, but they are still running with small, underfunded teams in real-life races. Racing offers a related skill set to real driving, but it’s not a one for one comparison.  Results in the real NASCAR races still matter more, and if you are racing for a backmarker team, you’re more likely to get lost in the shuffle.

Caldwell: It got them some recognition among some sponsors, but the virtual racing deal is a different animal than actual Cup racing. They need to pick up their performance in real life if they want to make a major impact.

4. Three tracks lost a race date in the schedule shuffle. Were they the logical choices, or should the plug have been pulled somewhere else?

Cheek: I may be biased since I’m a Virginia native and I live less than 30 minutes from Richmond Raceway, but that’s a track I would’ve left on the slate, since it’s not terribly far from Charlotte, N.C., and the races there don’t take all that long. A few other tracks fit the bill better when it comes to traveling distance and race length – among them Michigan International Speedway, Pocono Raceway, Las Vegas Motor Speedway, Kansas Speedway and Texas Motor Speedway. That’s more than NASCAR cut in total, but Michigan is one of the northernmost tracks the tour visits, Vegas is almost as far west as Sonoma Raceway, Pocono had a doubleheader that could be cut, and both Kansas and Texas have two dates (and are also a relatively far distance). Richmond also having two dates doesn’t escape me when considering this, but race length and travel are huge factors for me – and neither would be a huge issue with Richmond. For the record, though, I can definitely understand the Chicagoland Speedway and Sonoma decisions, but it’s certainly unfortunate as well since both only have one Cup race each year.

Tomlinson: I agree with my colleagues about Richmond. Why not take away a Dover International Speedway race? I mean, I love the track and its history, but last year’s races weren’t as exciting. The short-track package is changed this year; perhaps it would make the races more interesting and competitive. Still, Dover is in one of the hotspot states, so I don’t see how NASCAR would arrange it.

Gable: Dropping Sonoma and Chicagoland makes sense. NASCAR is going to have a hard enough time getting the season restarted that there’s no need to take long trips to hard-hit areas of the country.  Richmond is a little more of a head-scratcher since it is relatively close to Charlotte Motor Speedway.  I guess NASCAR didn’t want to take another race away from another venue that had only one date to begin with.

Caldwell: I feel like a couple were done for logistics, but I don’t understand the Richmond deal. That seems to have been pulled to sort of even things out, like one short track, road course and 1.5-mile track so no one got their feathers ruffled too bad. A lot of the West Coast races and races you really have to travel for are in trouble moving forward. New Hampshire Motor Speedway is one that comes to mind, but that track is owned by SMI, so pulling that date may be a bit more tricky.

Kristl: I understand why Sonoma and Chicagoland lost their race weekends, but I too am surprised by the decision not to race at Richmond. Although Florida Gov. Ron DeSantis is welcoming sports in the state, I don’t know how NASCAR plans on competing at Homestead-Miami Speedway. It is in South Florida, and NASCAR cannot have one-day shows there.

why is everyone coming down so hard on Kyle Larson when on the same day he was fired by Ganassi and let go by McDonalds they posted signs on the doors of there stores inChina that said because of covid 19 No Black will be Allowed, why is NASCAR and Ganassi both giving McDonalds a pass for committing Racism when they cut Larson loose for saying a Racist word, what McDonalds did is far worst then what Larson said, this paints both Ganassi and NASCAR as massive hipoocrites, its sad that NASCAR and Ganassi want McDonalds money so bad they will both turn a blind eye to McDonalds Racism, lets face it if there is no place for Kyle Larson right now in NASCAR then why is there a place for McDonalds, if Larson is out McDonalds should also be out for there actual RACISM

I thought they were still not able to race at Richmond because the governor hasn’t stated they could. At some point a “shit or get off the pot” mentality has to be applied. If you won’t let us race at your venue then we will look elsewhere. With that said, Richmond is not a race that I like seeing lost on the schedule. I could pick at least 10 other tracks that I’d rather lose a race at. Still, desperate times….. NASCAR needs to start logging in races if they don’t want to lose the season.

Not sure about Kenseth. My gut feeling is that he will have to win a race. I don’t see that happening after having been out of a car for most of two season (plus the dreaded specter of age). My best guess is that he will run about the same as Jeff Gordon did when he came back to substitute for Earnhardt. Mostly top 20s with a few top 10s sprinkled in. With only 4 races missed and given the ridiculous 16 playoff berths, he may be able to point his way in if he is lucky and a few others have problems. Let’s face it, the 13th to 16th place drivers that make the chase usually only have average seasons and shouldn’t be contending for the championship anyway..