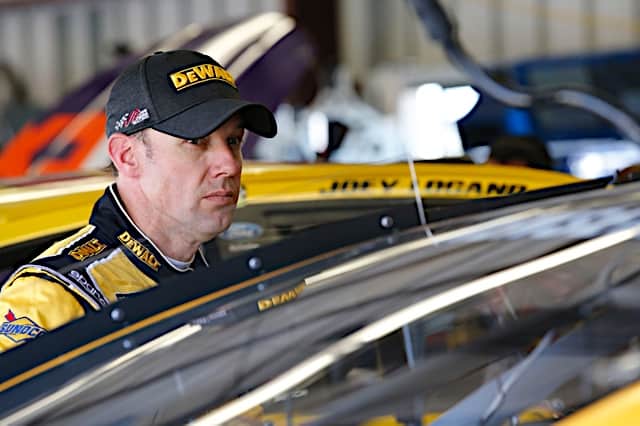 Flash back to October 2018 in the NASCAR Cup Series. Matt Kenseth was one year removed from his ouster at Joe Gibbs Racing, ousted for a younger name despite remaining on top of his game. He won at Phoenix Raceway, the penultimate race of that season, but no top-tier team came calling for the right price. Future Hall of Famers get to be choosy.

He was six months from a triumphant return with Roush Fenway Racing, splitting the No. 6 car with Trevor Bayne. Kenseth, who claimed he had “nothing to prove” in that May 2018 comeback, initially wanted to stick around NASCAR, helping rebuild his former championship team. Roush Fenway President Steve Newmark said, “our role is to have Matt continuing to drive until he no longer has that desire, knowing that Matt will be here for many years into the future.”

“I would say that this opportunity is about my possible future role than it is just the driving,” Kenseth said. “It’s more about coming here and trying to help and coming to see what the farther out future looks like for me – three, four, five years down the road – if it’s something I’m good at – trying to help in the shop, trying to just kind of see what it’s like.”

But here’s what Kenseth learned: he didn’t like running 20th every week, driving in the midst of a reclamation project. Two top-10 runs at the end still left him with a 15-race average finish of 19.9, the worst of his career. Only five laps led and seven lead-lap results had this 2003 Cup Series champion bolting for the door.

“Have you seen me drive lately?” Kenseth joked to Bob Pockrass before expressing his desire to cut the comeback off. “I didn’t miss much [about Cup racing], to be honest with you. I enjoyed being home with the kids and just doing normal things, just things that a lot of people probably dread.

“Enjoyed driving them to school, being part of their lives every day, hearing about their day every day when they get home. Today, they have gymnastics meets and soccer games and I’m sitting up here in the rain at Dover. I just feel like I’m in a different place in my life.”

Sounds like a man content to walk away at age 46, right? Ryan Newman took over the No. 6 full-time, Kenseth retreated back to Wisconsin and no one gave it a second thought.

Except for the driver himself.

The best driver available? Who would have even thought Kenseth was interested? His return makes him the oldest full-timer by nearly four years over Jimmie Johnson. Kenseth is now over two years removed from that Phoenix victory or any type of top-five finish at the Cup level. He hasn’t driven a Cup car under this current 2019-20 handling package.

There will be critics that ask, why not give CGR prospect Ross Chastain a shot after a solid stint subbing for Newman? Some of that may come down to the COVID-19 schedule; Chastain is still competing for a NASCAR Xfinity Series championship. Some of it may also come down to money. If Chastain could get top-level sponsorship, he’d still be driving for Chip… somewhere. Remember, his NXS ride there went up in smoke the second FBI agents smoked out fraud at former backer DC Solar; no other company filled the void.

Steadying the corporate ship is necessary with the economic catastrophe accompanying the COVID-19 pandemic. If that’s the only way millions of dollars stayed intact, the choice was simple for Ganassi: get Kenseth in the car. Stat.

The reasons for Kenseth are more complicated. Was he climbing the walls of COVID-19 fatigue? It’s not like he was poking around for the ride or even the sport, pulling cameo iRacing appearances like Bobby Labonte. Ganassi asked him.

“I can’t say racing was even on my radar two weeks ago,” Kenseth said. “After spending some time thinking about it and all the unique circumstances surrounding all of us right now, it just seemed the timing and the opportunity was perfect to come back. I know I have a lot of work ahead of me to get up to speed in a relatively short period of time, but I’m looking forward to the challenge.”

There’s reason to believe Kenseth could be the right choice. A condensed schedule, limited media obligations and practice time might lessen the load. The uniqueness of this pandemic could favor an experienced driver capable of fencing off any outside distractions. Kenseth has worked extensively with teammate Kurt Busch at RFR; their strong working relationship will make it easier to hit the ground running.

One of the sport’s smartest drivers, clearly Kenseth also sees the irony in being a “sponsorship savior” in the face of Larson’s racial slur heard round the corporate world. Those same companies saw him as too old, too unmarketable and past his prime just a few short years ago. Since then, Kenseth has watched Erik Jones put up slightly worse results in a No. 20 Toyota he nearly took to a championship with Joe Gibbs Racing. The only difference between them? Jones is half his age.

Kenseth has a chance to prove JGR wrong, pairing with Busch as the sport’s 40-something dynamic duo. There’s no excuse to do anything but contend with a No. 42 team that won once last year, has three top-10 finishes in the first four races and sits seventh in the owner point standings.

The question is whether Kenseth’s fire to compete can fend off Father Time. But longtime mentor Mark Martin, runner-up in the 2009 Cup championship at age 50, may have taught him a thing or do about that.

“I knew he was the right guy,” Martin has said of his decision to bring Kenseth to Roush. “[Matt Kenseth] won races in different cars against people that I knew were hard to beat. And that told me that there wasn’t a crew chief that made Matt fast and made Matt win. He knew racecars. He’s enough old-school to be able to bring that to the table and yet enough new-school to be able to adapt.

“Racing has changed all through the years and he’s been able to adapt to the simulation era and all this technology era. How I knew that? I don’t know. Maybe I just got lucky, but I knew that he was that kind of driver – the kind of driver that could do it all and adapt and change through it all. I don’t know why that is. I like his personality and the way he approaches things. He, like Jeff Burton, are smarter than me so I always liked being around them because if I just kept my mouth shut, I’d learn something.”

We’re about to discover if Kenseth still has any lessons left to teach.

I have low expectations….

the cars are different now. johnson struggles with them, i seriously doubt it.

i’m still shaking my head over this decision.

It’s a “safe” move – CG needs someone with infallible integrity, and Matt certainly delivers on that score. So, I agree on all counts – this is a temporary situation for Matt, most likely. My previous comment aside, I love surprises! The bigger question – is KL going to do the things required by NASCAR, World of Outlaws, etc, to be reinstated, or is it “sayonara” for him, no matter what he does?

Great veteran driver for a team that gives them a chance to be competitive. Matt can give good feedback and keep cars clean (cost down) as CGR interviews for that seat next year. Interesting that in the past 4 years he will have driven for each manufacturer.

Interesting choice and certainly Matt has the background for it AND CGR doesn’t have to worry about him doing something stupid.