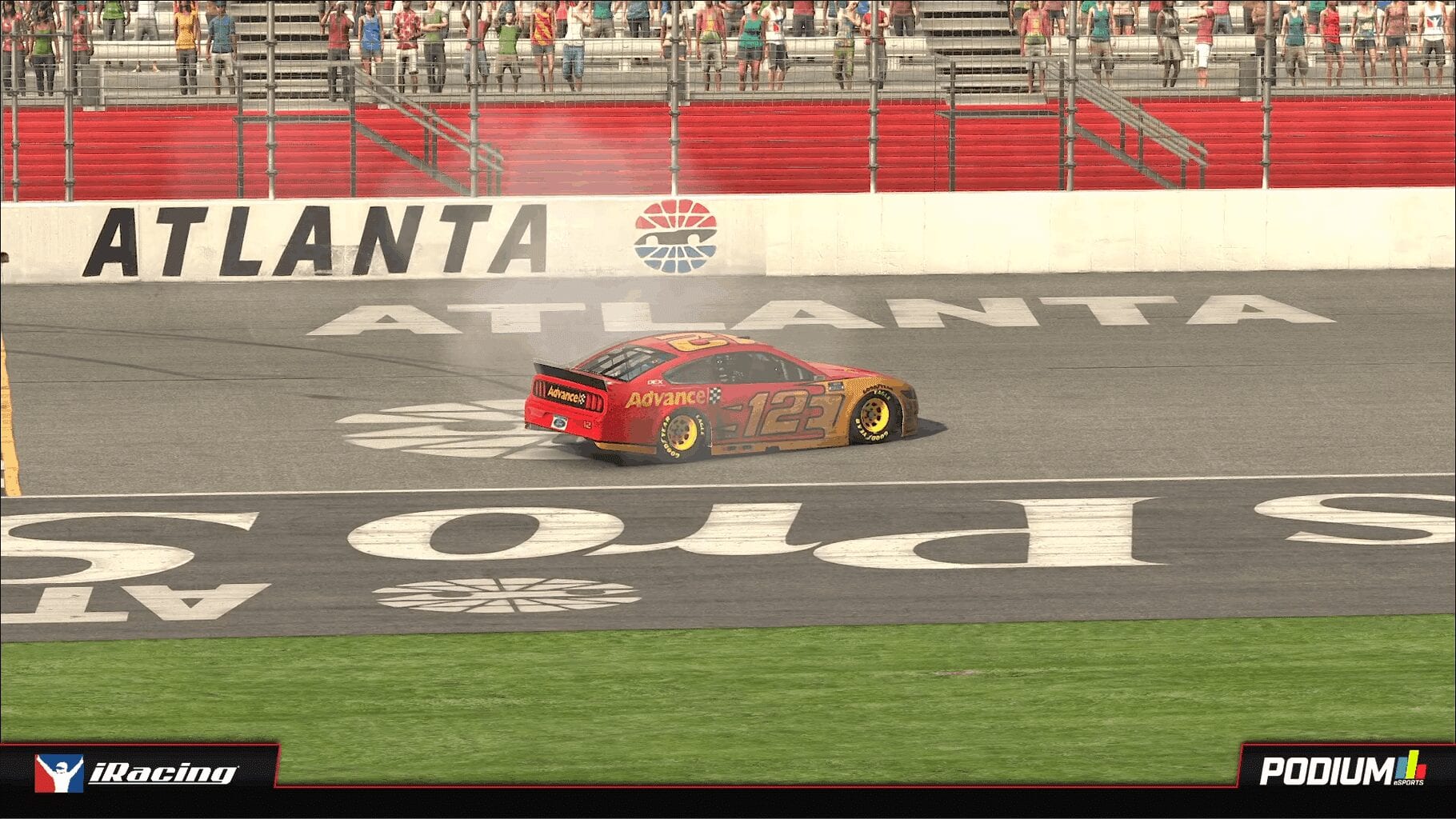 NASCAR made it official on Monday: No more real-life racing until Mother’s Day weekend.

It’s a huge blow for a lot of people in all facets of the industry, but ultimately the correct move. The CDC (Center for Disease Control and Prevention) suggested to all event organizers to not hold events with 50 or more people for eight weeks on Sunday, followed up by President Donald Trump lowering that to just 10 or more the next day. NASCAR had no option if it wants to both, do its part in stopping the spread of this virus and keep everybody safe and healthy.

With that, there’s only one official series NASCAR has ongoing right now: the eNASCAR Coca-Cola iRacing Series. In its 11th season on record, the virtual series has gained quite a bit of steam in the last few years, with actual NASCAR teams, drivers and sponsors becoming involved and a huge new title sponsorship with Coca-Cola.

Is all of this attention going to be too much, too soon for this series? Probably not. All of the drivers are very capable, and we’ve never seen anywhere near the controversy of real life NASCAR series (or, at the very least, they’ve been hidden behind closed doors).

The audience isn’t anywhere near what main NASCAR races draw on television, but part of that is due to NASCAR being very niche among the core audience eSports are aimed at, the 16-24 year-old market. But that’s a market NASCAR is going to need to tap into if it wants to grow once it comes back to the real world, and promoting the series (and iRacing as a whole) for the next eight weeks would be the right call to make.

Outside of eNASCAR, what have been the highlights to this week in iRacing?

Disclosure: Frontstretch writer Brandan Hauff will be attempting to qualify for Truck Series Night In America, with Frontstretch’s Davey Segal providing commentary for the race on Podium eSports as well.

Outside of the main series, there have been/will be two races that have caught a lot of people’s eye this week.

First, there was The Replacements 100, put together by TJ Majors, spotter for Joey Logano.

This all-star gathering of drivers, spotters, personalities and some guy named Dale Earnhardt Jr. led to over 25 thousand people tuning in on Twitch to see… a not that great race, quite frankly. It was a wreck-fest for the first 50 laps. The last half was Josh Williams, the spotter for Ryan Blaney, driving away from the field in clean air.

If there had been maybe 50 or 60 more laps so that pit strategy could cycle around, it would have been an intriguing race, but it doesn’t really matter how it was. It was about giving fans something to watch, and I hope that Fox Sports can broadcast the next installment if they are looking for some new content to fill in the NASCAR gap in scheduling.

Next, on Thursday (March 19), is Truck Series Night in America.

Welcome to: eTruck Series Night in America Powered by https://t.co/4V08AWBQCl!

This race, hatched by part-time NASCAR Xfinity Series driver Ryan Vargas just a little bit after NASCAR postponed races at Atlanta Motor Speedway and Homestead-Miami Speedway, has grown absolutely ludicrous in size. There will be 43 trucks in the main race on Thursday night, with rising NASCAR star Hailie Deegan among those in the “virtual booth”. 23 are already locked in, being driven by names such as Brandon Brown and iRacing GOAT Ray Alfalla. The last 20 spots in the field will be determined the night prior with 300 (yes, 300) drivers trying to race their way in through various qualifying races.

Interestingly, Vargas himself will be among the 300 drivers trying to race their way in. All of the action will take place at virtual Atlanta Motor Speedway, however Vargas has not announced laps or rules outside of the race location, rules (Truck Series with fixed, un-tuned setups), and time. Judging by the races I saw this weekend across all of iRacing, virtual Atlanta is like actual Atlanta, in that the keys to the race will be tire management and whomever can drive away in clean air. With the race benefiting charity, it should be a fun thing to tune into on what would otherwise be a boring Thursday night.

As this column was being edited, NASCAR’s Ben Kennedy revealed a new Sunday afternoon iRacing series that NASCAR would officially sanction this spring. More information should be coming out this week.

What should NASCAR do for the rest of the 2020 schedule?

On Tuesday, NASCAR had a huge conference call with media members on what happens going forward.

On it, NASCAR President Steve Phelps had some interesting words about a potential 2020 schedule revision, which can all be found by looking through the tweet thread below.

A #NASCAR media teleconference is set to begin with president @stevephelps.

Taking these words to heart, I have decided to play around a bit in Excel and made a mock schedule the sanctioning body could take going forward for all three national touring series. You can find it by clicking here.

My main priorities when making this schedule were to not disturb as few currently scheduled races as possible and to be as considerate as possible to teams while respecting NASCAR’s wishes. It also gives both Fox and NBC the same amount of Cup races they have the rights to as they did at the start of the season. Is it a perfect schedule? No, but we are dealing with extraordinary circumstances.

What could NASCAR do in the future?

Obviously it’s not fair to criticize NASCAR for being unprepared at this stage. Nobody could have ever expected this level of public health crisis just a few months ago.

Plenty of people — both within and out of the industry — are worried about the health of it once the green flag flies again. I, for one, don’t think we’re going to have full NASCAR Xfinity Series fields once NASCAR returns to active operations. Ditto with the Truck Series.

NASCAR has said they are going to try and take care of teams. And that’s important; mid-to-small tier teams in NXS and Truck competition are the backbone of the sport. It’s imperative those lights stay open.

So, what would be one way to make sure they’re insured for the future? Well, one way NASCAR could do it was to start a team disaster fund.

Every week, the television contract generates roughly $18 million for the sport per week using Bob Pockrass and math. Why not take a half a percent of that — $90,000 — and put that into a “rainy day” glass bottle? NASCAR can deem a situation dire enough to “break the glass” when it comes to occurrences such as the one we’re in now or more comparatively minor problems, such as a fire, wrecked team hauler, or a natural disaster. And the balance of the money should be earmarked for those lower series teams, the ones that can’t as easily pick themselves up off the ground as a Hendrick Motorsports or Joe Gibbs Racing.

So, I have to sit in front of my computer to watch this iRacing? Not fgoing to happen. Since Fox and NBC have no racing to televise, are either of them going to step up and put these races on real TV?

I cannot get excited about watching people (no matter who they are) “race” in a computer game. Nothing against it for those who like it, but this form of entertainment just doesn’t do anything for me – whether on a computer screen or my TV screen.

Agree. As I said in the “5 Things To Do” article…. I wouldn’t watch someone else play Monopoly, why would I watch someone playing “racing”.

It does keep kids of all ages off the streets!