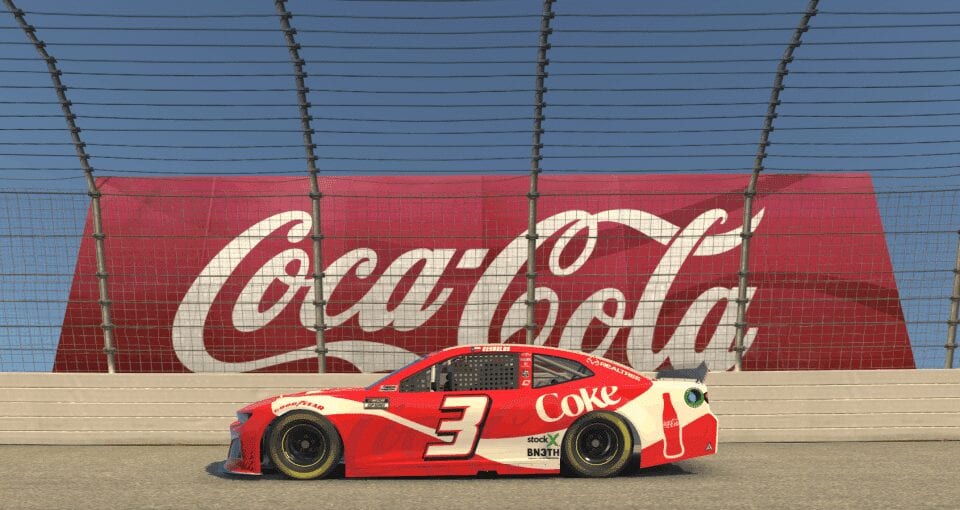 When the eNASCAR iRacing series drops the flag on its 2020 season on Feb. 11, it will do it with a prominent new title sponsor with deep racing roots and more money at stake than ever before.

NASCAR and iRacing announced that Coca-Cola has signed a “multi-year entitlement partnership” to lend its name to what will now be called the eNASCAR Coca-Cola iRacing Series. With Coke aboard, the series will also offer a total of $300,000 in prize money for its 11th season — three times as much as in 2019 — including a cool $100,000 to the series champion.

“eNASCAR presents a unique opportunity for Coca-Cola to engage with consumers through some of the best esports competition that exists today,” Chris Bigda, Director, Sports Marketing and Activation – Motorsports, The Coca-Cola Company, said in a press release. “Through our new position as a NASCAR Premier Partner we’re exploring innovative ways to activate across the sport. This series allows us to connect with race fans, identify new talent and ultimately, celebrate champions with refreshing ice-cold Coca-Cola.”

Fans won’t have to do too much searching to find eNASCAR Coca-Cola iRacing Series action when it counts most, as NBCSN is slated to air six events during the series’ playoffs. The network dipped its toes in eNASCAR last year, airing the title race at the iRacing version of Homestead-Miami Speedway that crowned Zack Novak champion.

New teams founded by NASCAR Cup Series drivers Denny Hamlin, Kyle Larson and William Byron will be among the 20 teams and 40 drivers competing for the championship in 2020. The full season schedule and team rosters are scheduled to be released the week of Feb. 10, and we’ll have them here for you on Frontstretch when they are.

Does anyone really care about this? Seriously, I’d like to know.

Ricardo
Reply to  Bill B

Probably appeals to all the key-board racers who don’t actually care about the real races and apparently Coke has a lot of money to throw around on this nonsense. $300k really??!!

Bill B
Reply to  Ricardo

That’s what I figured too. But I was just wondering if any fans that actually come to this website and follow what happens in the actual races (even if they don’t watch them all) really follow it. I can understand why someone might have fun playing racing video games, I just can’t imagine there being non-playing fans who care about it. It seems like NASCAR is trying to make it a thing but I just don’t think anyone other than those that play will ever care about it. It’s not what I consider “spectator worthy”, but who knows, there might be someone out there.

300k could go to veterans …salvation Army….MS…cancer research ….autism…so on etc. etc. …..but to a bunch of coach potatoes
Glad I am older and still like to go to races ….locally